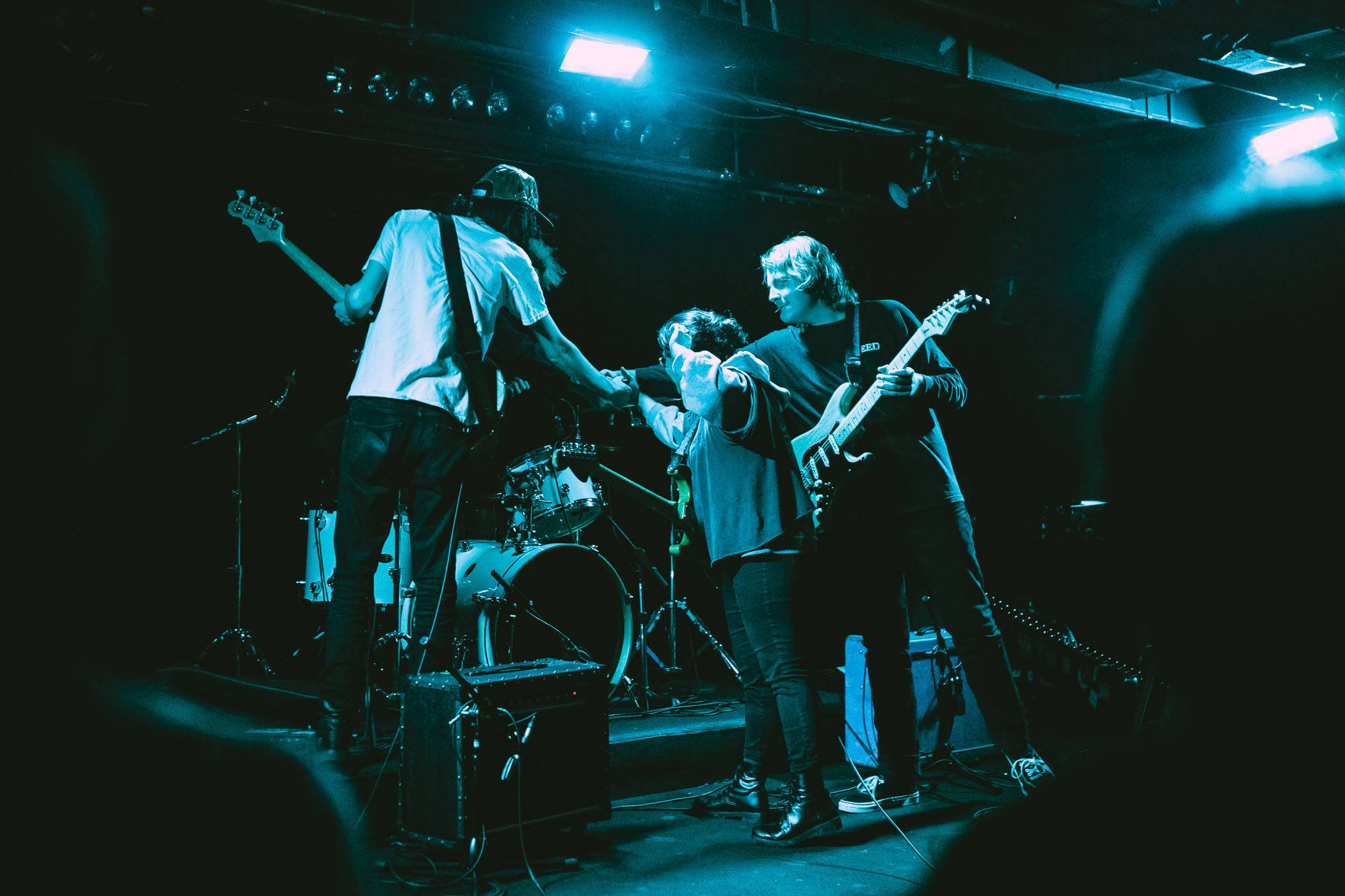 Jay Som and Japanese Breakfast near the start of their co-headlining West Coast tour at the Biltmore Cabaret in Vancouver on Friday night.

Photog Keill Anne reports: “Jay Som (Oakland, CA) and Japanese Breakfast (Eugene, OR) had nothing but love for each other during their co-headlining sets.”

Jay Som is fronted by Melina Duterte. She released Everybody Works, her debut album under the name Jay Som, last year.

Japanese Breakfast is Michelle Zauner. She released her second album, Soft Sounds from Another Planet, in 2017.