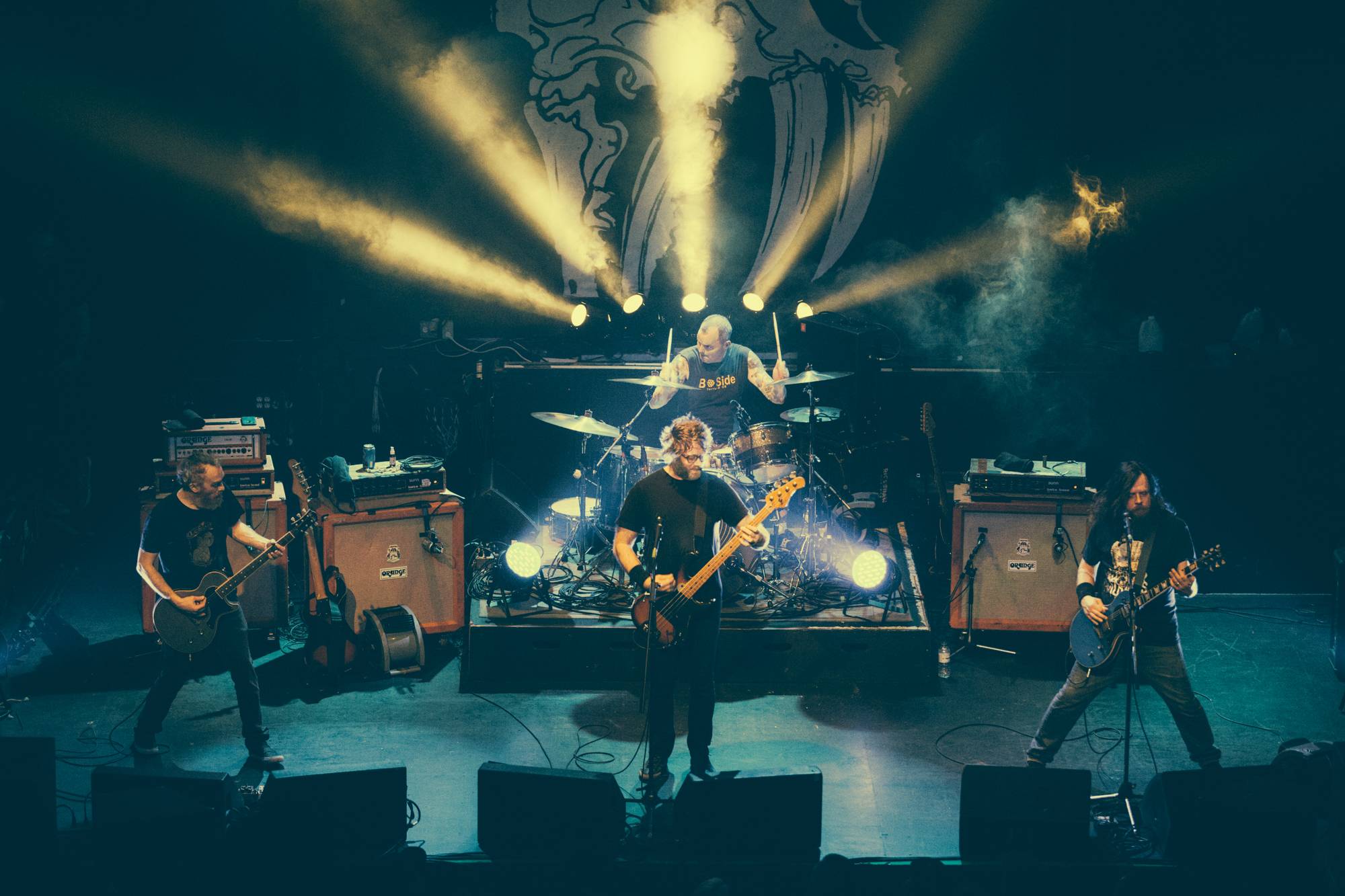 The stoner metal band formed in Portland, Oregon, in 2005. Guitarist and vocalist Bryan Giles, bassist and vocalist Aaron Beam, guitarist David Sullivan and drummer John Sherman make up the group. The quartet has released four studio albums so far, including Red Fang in 2009, Murder the Mountains in 2011, and Whales and Leeches in 2013. They are touring in support of their most recent full-length, 2016’s Only Ghosts.

According to metalsucks.com, “… with Only Ghosts, they’ve delivered their freshest set of jams yet. On this new album, Red Fang are executing their songwriting at a deadly precision: their melodies are hookier, their compositions perfectly tweaked, their dual-throaty-vocal layers reaching an artful tier not really seen in the genre since Blood Mountain. ‘Not For You’ and ‘Cut it Short’ have some of the band’s most crushing riffs, but feature verse-chorus ideas that could easily sit on a pop-rock record.”