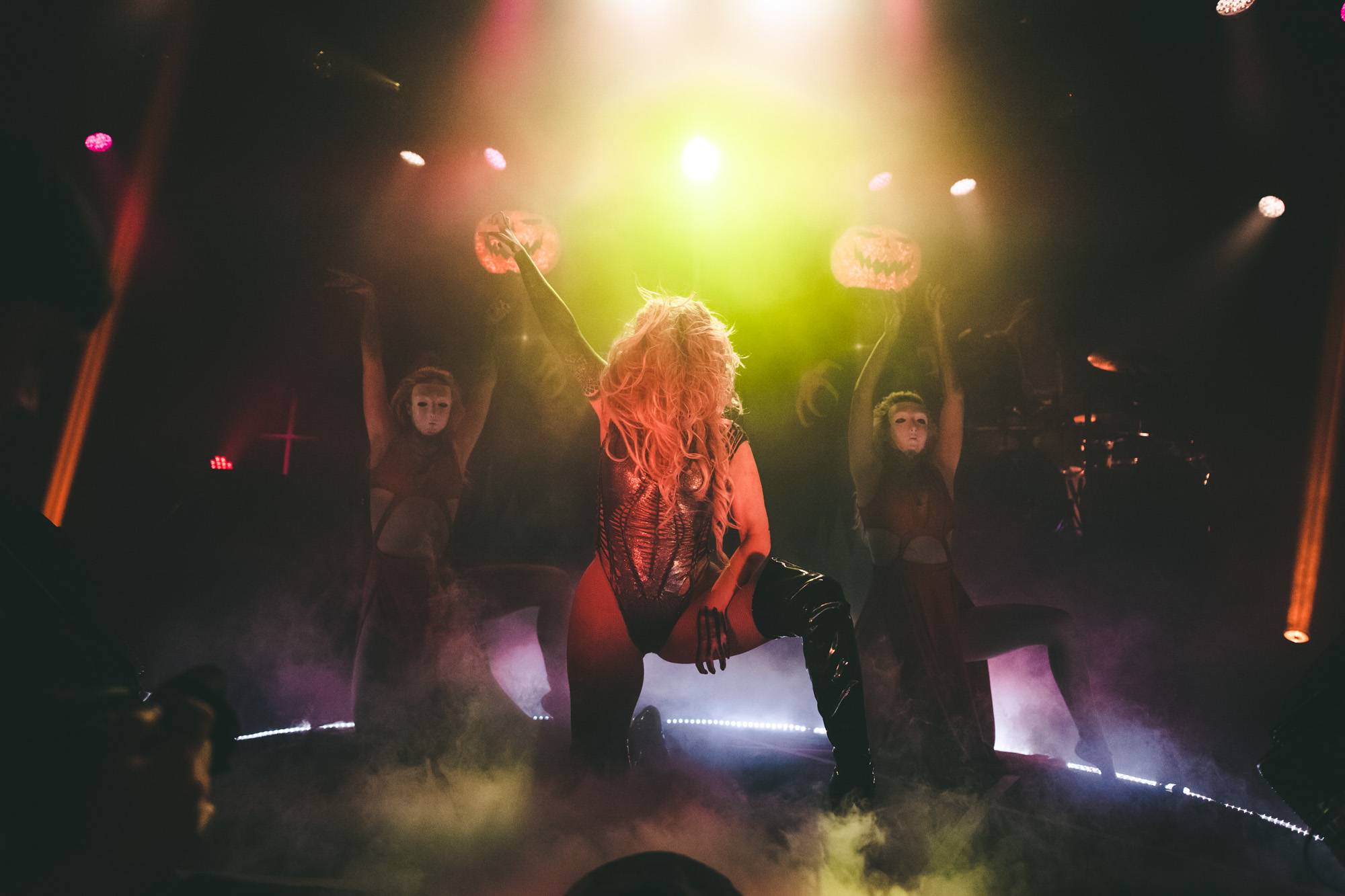 In This Moment at the Commodore Ballroom, Vancouver, Nov 2 2017. Kelli Anne photo.

Photos–In This Moment at the Commodore Ballroom, Vancouver, Nov 2 2017

In This Moment at the Commodore Ballroom, Vancouver, Thursday night. The LA-based alternative metal band is on tour for its latest album, Ritual. Hollywood Undead was also on the bill.

Singer Maria Brink and guitarist Chris Howorth formed a group called Dying Star in 2005. With the addition of guitarist Blake Bunzel and bassist Josh Newell they changed the name to In This Moment.

Howorth has described the sound of Ritual album as “stripped down” and “raw”. Brink says the record is less sexualized than previous efforts. “I wanted to show people and definitely women a different side of strength in me that was a really powerful force in me that didn’t need the sexual part, so there’s definitely a more serious overtone…a more serious deeper side of us,” she told Albany’s Q103.

Brink is originally from Schenectady, New York. She came in 3rd in the Rock Goddess of the Year category in 2013 and 5th in 2015 in the Annual Loudwire Music Awards. Yell! Magazine named her one of eleven women in heavy metal who matter by in 2012. Revolver Magazine recognized her as one of the 25 Hottest Chicks in Hard Rock & Metal.