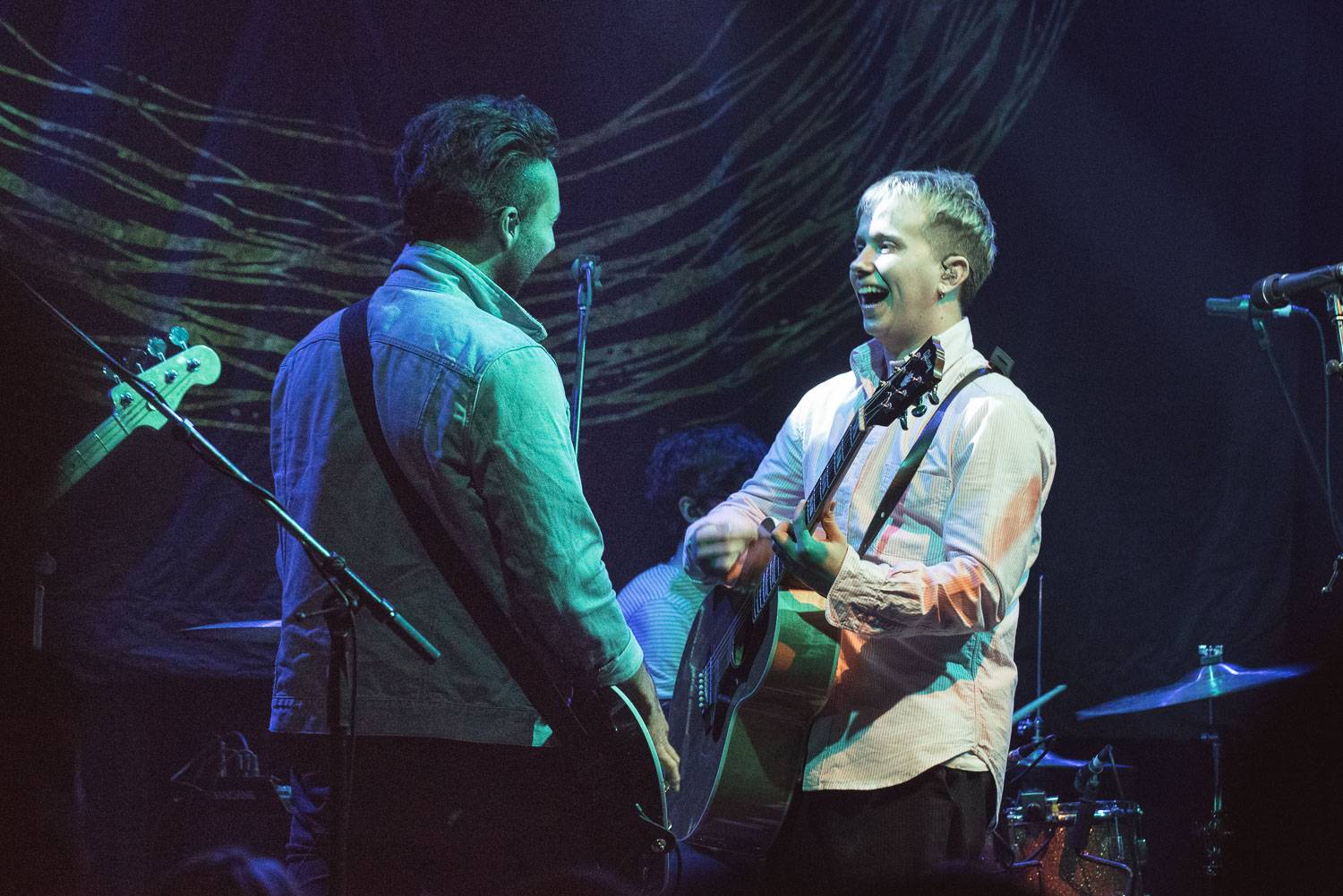 Nothing But Thieves at the Imperial, Vancouver, Oct 19 2017. Pavel Boiko photo.

Review and Photos – Nothing But Thieves at the Imperial, Vancouver, Oct 19 2017

Nothing But Thieves at the Imperial, Vancouver, Thursday night. The band is on tour for its second album, Broken Machine.

It seems to be increasingly arduous for modern rock bands to make their mark nowadays. Although, numerous musicians and critics have been declaring that rock is dead for years only to be proven wrong by a new class of rock musicians, ready for success. It’s been a few years now since Nothing But Thieves broke into the rock music scene with an extraordinary self-titled first album. The band comprised of Conor Mason (vocals), Dom Craik (guitar), Joe Langridge-Brown (guitar), Philip Blake (bass) and James Price (drums). The affection they felt for their Vancouver fans shone through at their Thursday, Oct 19 show at the Imperial.
Nothing but Thieves leader singer Conor Mason’s voice is so explosive that I was taken aback, as it felt almost unreal. The band opened with I’m Not Made by Design an abrasive rocker that the group gave the song plenty of time to breathe as they find space for swirling atmospherics and thick guitar chords. Sorry felt like the band’s most significant statement. Mason’s voice drips with emotions as he manages to sound remorseful yet optimistic at the same time. In a song that deals with the weight of owning up to one’s errors, I was impressed that Mason managed to find a fresh angle on a common theme. Musically, despite being a rock ballad, it had a bit of pop in its structure and its sense of drama I loved it.

Photos–Nothing But Thieves at the Vogue Theatre, Sept 14 2016

Throughout the evening the band follows the less is more approach on tracks played as Particles, a stunning, soaring ballad, and Hell, Yeah, which showed that even with the layers unvarnished, the band understands how to write an affecting song with a keen sense of melody. They had the entire audience singing along and dancing. I Was Just a Kid seems to be a song that matches the vital, hard rock energy and nimble guitar reminding bit of the Foo Fighters at their best. The band added a plaintive, swirling pre-chorus that adds beauty to the chaos before erupting into an earth-shaking chorus. Amsterdam slowed things down momentarily with twinkling synths supporting simple power chords and driving drums as they closed.
Nothing But Thieves delivered to Vancouver an ambition and intensity. Very few bands can fasten the power of alternative rock with dramatic, soaring vocals and make it sound authentic. Nothing but Thieves did precisely that. Their show proved that there are modern rock bands around with the confidence and conviction to take guitar-based music. Overall, the show featured quality entertainment from start to finish. The group openly expressed themselves while making sure that every song packed an intense visceral of emotional punch. With each song, the band revitalized the passion that made them such a compelling live act.

They have supported Muse and Twenty-One Pilots.