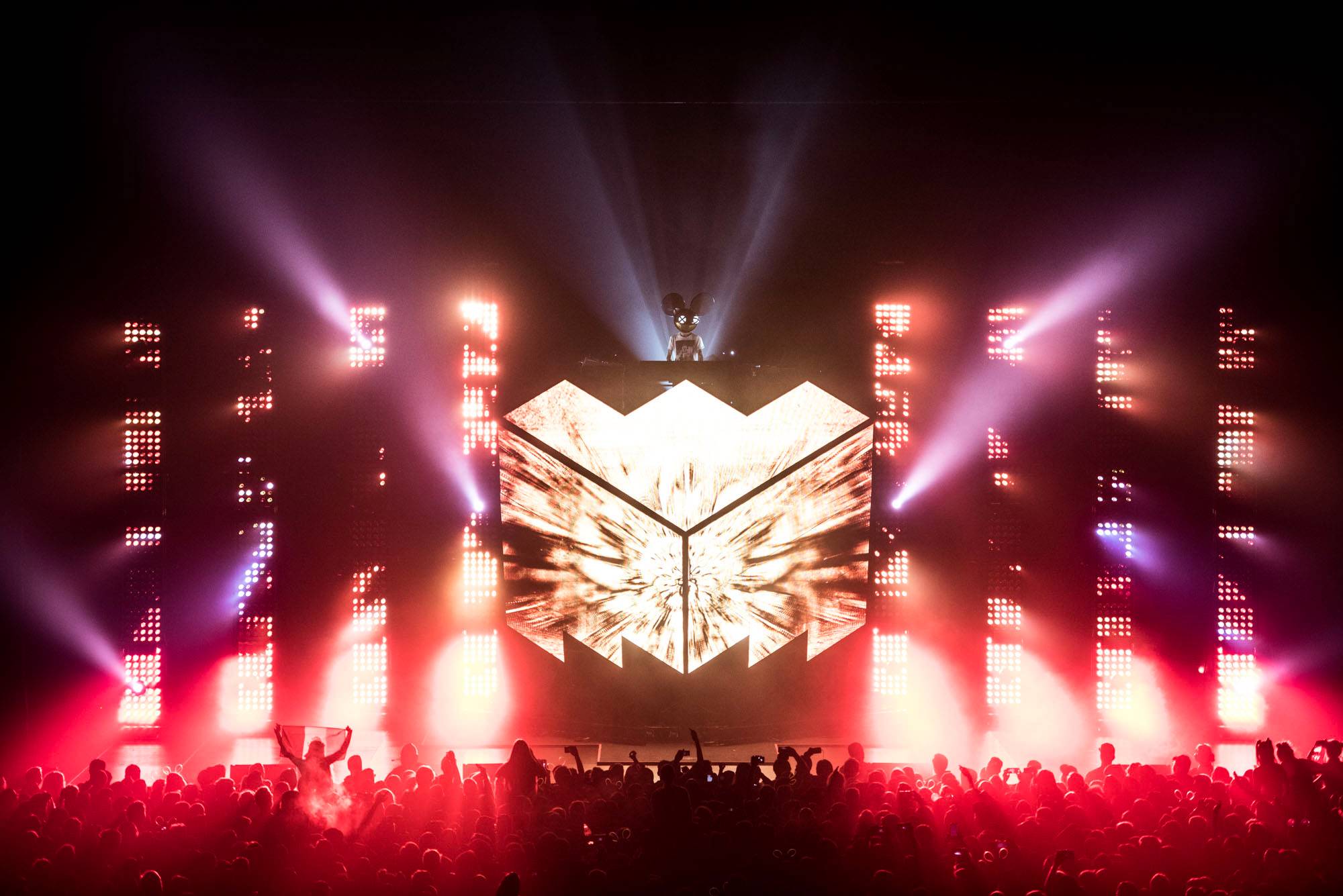 Deadmau5 brought his dog-and-mouse-ears show to the Pacific Coliseum in Vancouver as part of his Lots of Shows in a Row Pt. 2 Tour. Along with his mouse ears, the DJ is touring with an enormous cube. The tour is scheduled to end Oct. 31.

The Canadian producer/DJ was born Joel Thomas Zimmerman in Niagara Falls, Ontario. His latest release is Stuff I Used to Do. The retrospective includes such tracks as “Messages from Nowhere,” “Sometimes I Fail,” “Support,” “Try Again” and “Unspecial Effects.” All were featured on Zimmerman’s 2005 debut studio album Get Scraped. The tracks “Digitol” and “Squid” appeared on 2006’s A Little Oblique. “Screen Door,” “Long Walk Off a Short Pier,” “Superlover” and an earlier version of “My Opinion” are from Zimmerman’s 2006 compilation album deadmau5 Circa 1998–2002.

The album follows last year’s W:/2016ALBUM/, his eighth album. According to a 2016 story in the Guardian, “In a string of posts on Twitter he unveiled his disdain for his new creation. ‘Don’t even like it,’ he said. ‘It was like … so fucking rushed/slapped together. But I mean … hey, if you like it I wanna like it too, just don’t.'” He made an exception for the tracks “Snowcone” and “Whelk When.”

More photos—Deadmau5 at the Pacific Coliseum in Vancouver