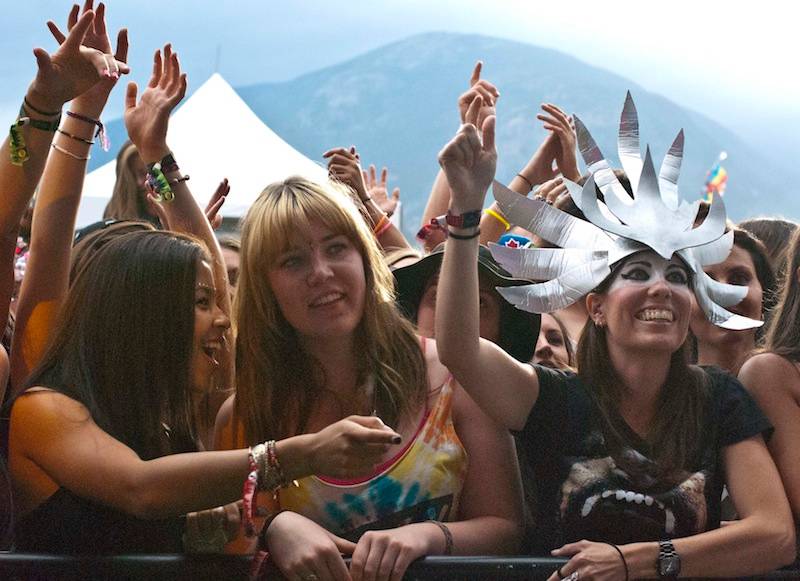 – by Katrina May (@katrinaMay_)/photos by Robyn Gerry

There’s something to be said about music festivals.Â Diehard music enthusiasts and indulgent party seekers alike leaveÂ dirtyÂ andÂ exhausted, with ears ringing and minds numbed, yet somehow full of wistful reflections fond enough to have them dreaming of the next. By the time reality kicks in (or work, whichever comes first), the ear-thumping bass and spirited hip-hop sing-alongs of Pemberton 2014 are all but a sentimental memory, while Instagrams of majestic Mt. Currie remain.

Six years since its first installation, the Pemberton Music Festival returned in 2014 to welcome over 75,000 attendees into a scenic outdoor playground that included sixÂ stages, nearly 100 musical and comedy performances, a skate park, pop-up shop, waterslide and zip line over the course of fiveÂ days, living up to the promoter’sÂ slogan, “Let the adventures begin.”

Patron complaints included the lengthy walk between parking and campsite and clashing set-times. However, those grumbles were quickly stifled when news of a real tragedy, the untimely death of Regina man Nick Phongsavath, circulated the festival grounds during Nine Inch Nails’ set on Friday night.

The ominous news dampened the mood, but spirits regained momentum late Saturday afternoon and remained high for the rest of the weekend. Splendid long-haul festival weather – warm, cloudy and overcast,Â it rained intermittently with peeks of sunshine at perfectly timed intervals such as Snoop Dogg’s weed-hazed set.

Campground shenanigans were plenty. The popular and pumped-up electronic music shows that rounded up each day (such as Girl Talk, Flying Lotus and Araabmuzik), led to frenzied nightly chicken-fights where “mulch king” legends were born. Girls in flower headpieces cheered from the sidelines, swooped up by neon-clad, testosterone-fuelled bros around 4 a.m. The grounds were well equipped and organized, save for the inevitable accumulation of beer cans and trash over the course of the festival. Come Sunday, friends and campsites alike were barely recognizable, but the party raged on.

Saturday began with a southern bang as Houston-based indie rock band the Tontons took the Blackcomb stage by storm. Lead singer Asli Omar’s lusty vocals amazed and delighted the small but lucky crowd of onlookers, soothing them back to health from their foggy hangoversÂ withÂ soulful rockÂ ‘n’Â roll off the band’sÂ latest album,Â Make Out King and Other Stories of Love. 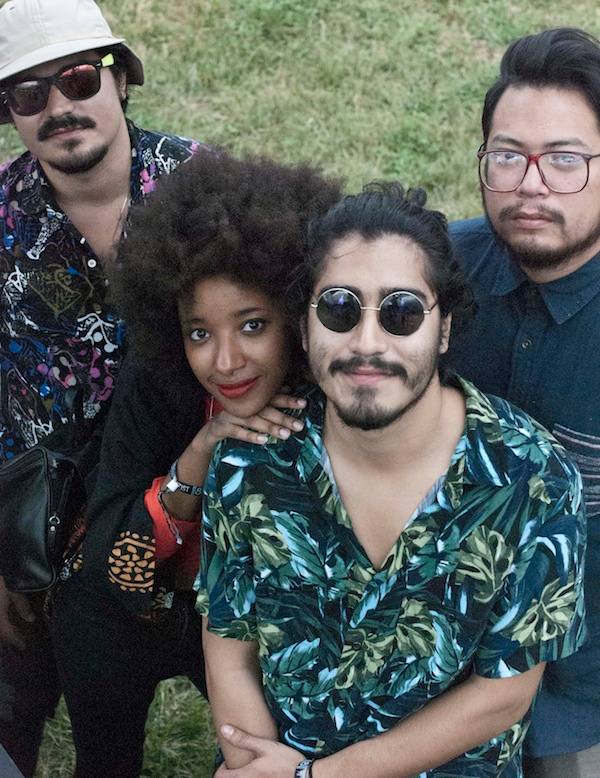 Catching up with the band later that day was a refreshing experience. Funny, down-to-earth and eager to share candid banter, they talked about troubles at the border the night before, hospitable backstage bartenders, the first time playing for a mountain, their moms wanting them on Jimmy Kimmel and the best afro this side of the 49th parallel (NOT a weave).Â In terms of reception to the new album, the band has been awestruck and humbled.Â  As OmarÂ said, “The Wall Street Journal picked our first single as one of their top 13 songs of the year. They picked us and Nora Jones! I’m just saying, Nora Jones won, like, 12 Grammys that one year. She writes soothing music. I’ll cry to some Nora Jones. In fact, I’llÂ weep openly!” The Tontons left on a high note, promising to come back to Canada as soon as possible.

TV on the Radio followed up early Saturday afternoon with a banging rock show where “Wolf Like Me” had the crowd howling. From TVotR’s atmospheric post-punk on the main stage to RL Grime’s 21stÂ century electronic remixes at the Bass Camp dance tent, come 6Â p.m.the crowds were raging again in full force.

Which was perfect timing for Snoop Dogg’s highly anticipated hip hop classics, with a surprise introduction by comedian Bob Saget, whose act unfortunately coincided with the musical legend’s. There’s nothing quite like a chorus of tens of thousands of people chanting hip hop anthems “Gin and Juice”, “Drop it Like it’s Hot”, and “Young, Wild and Free” in unison to get the good vibes going. Those vibes were heightened and pupils dilated as the EDM powerhouse Deadmau5 set the scene for an evening of unwholesome raving, followed by class acts Girl Talk, Flying Lotus and Araabmuzik. 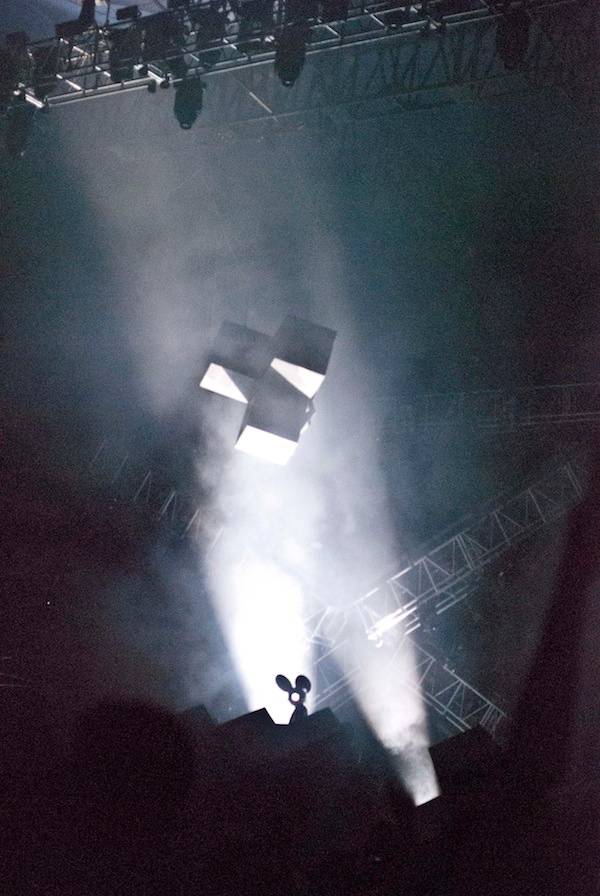 Sunday was a bit of a rough start for manyÂ -Â the final day of the festival was virtually empty until late afternoon. St. Vincent was a refreshing change from the throbbing bass of the night before with a quirky and theatrical show dedicated to the “freaks and the others.” By 8 p.m., electronic French duo Justice restored faith in the festival as the last of the younger crowd crawled, haggard, out of tents and wandered towards the stages, ready for one last hurrah. 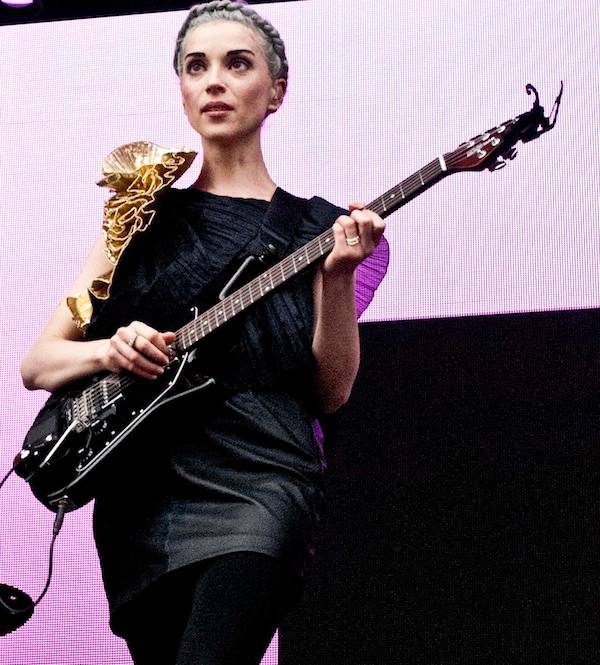 Festival headliner Outkast did not disappoint. A hyped-up crowd belted out every word to each hit from 1992 onward, including “Hey Ya”, “Ms Jackson”, and “ATliens”. With little intention of releasing new music together, Andre 3000 and Big Boi rode a wave of nostalgia that had fans crowd surfing and flashing their tits with reckless abandon. 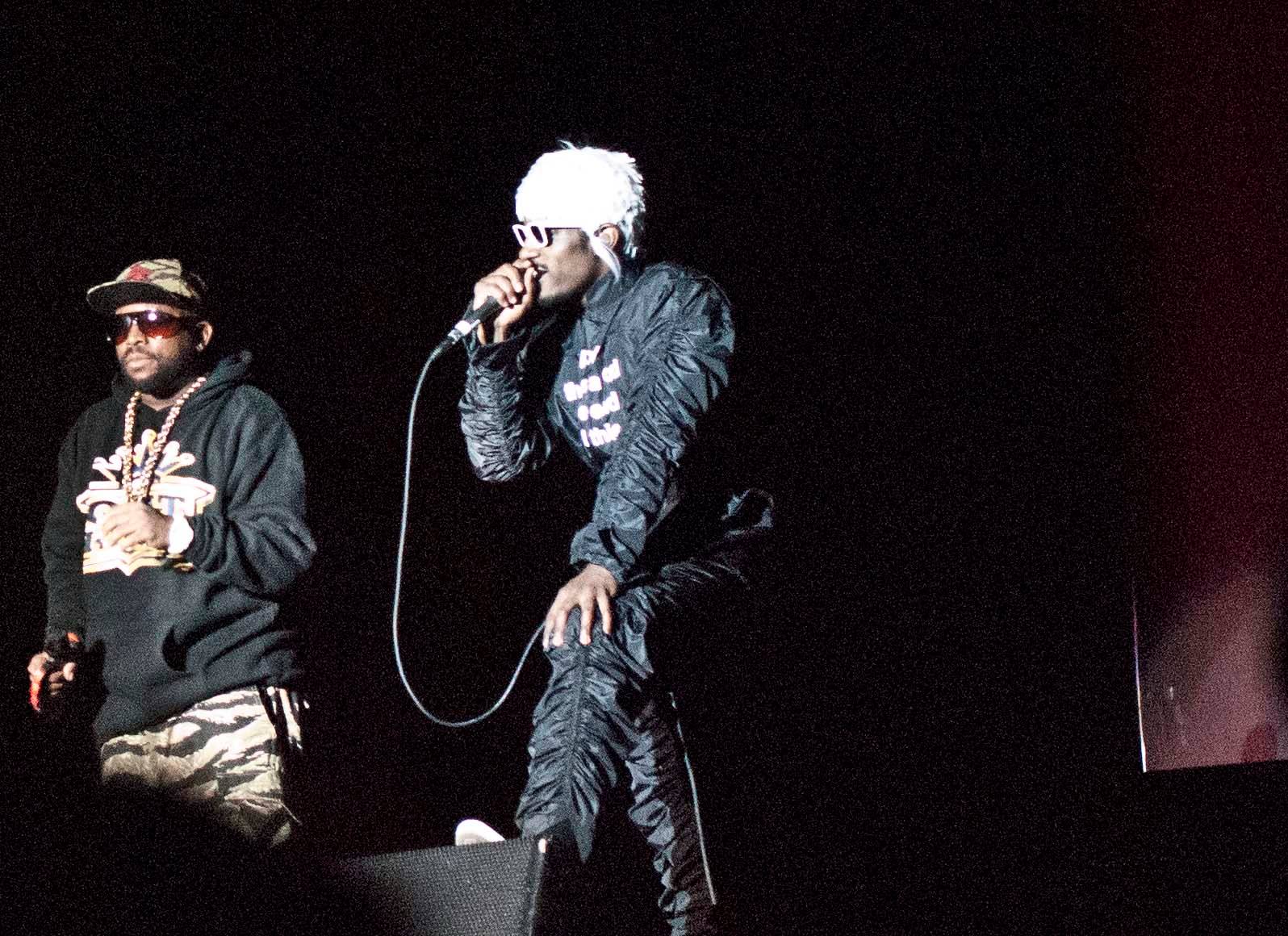 Due to a last-minute schedule change, the final act of the festival went to soulful R’n’B sweetheart Frank Ocean, and was pure musical magic. The lyrical genius took to the stage simple and alone in a black hoodie adorned with the words “Play Dirty”. The majority of his set list came off of his 2012 masterpiece Channel Orange, with tracks “Thinking Bout You”, “Forrest Gump”, and “Super Rich Kids” proving his voice is not of this earth. The epic single “Pyramids” would have rounded out the set if the crowd had not called OceanÂ back for one more. HeÂ ended the evening and the festival with an aptly impromptu “Wise Man”, leaving fans to calmly contemplate the bigger picture as they slowly trickled back to their tents for one final sleep under the stars. 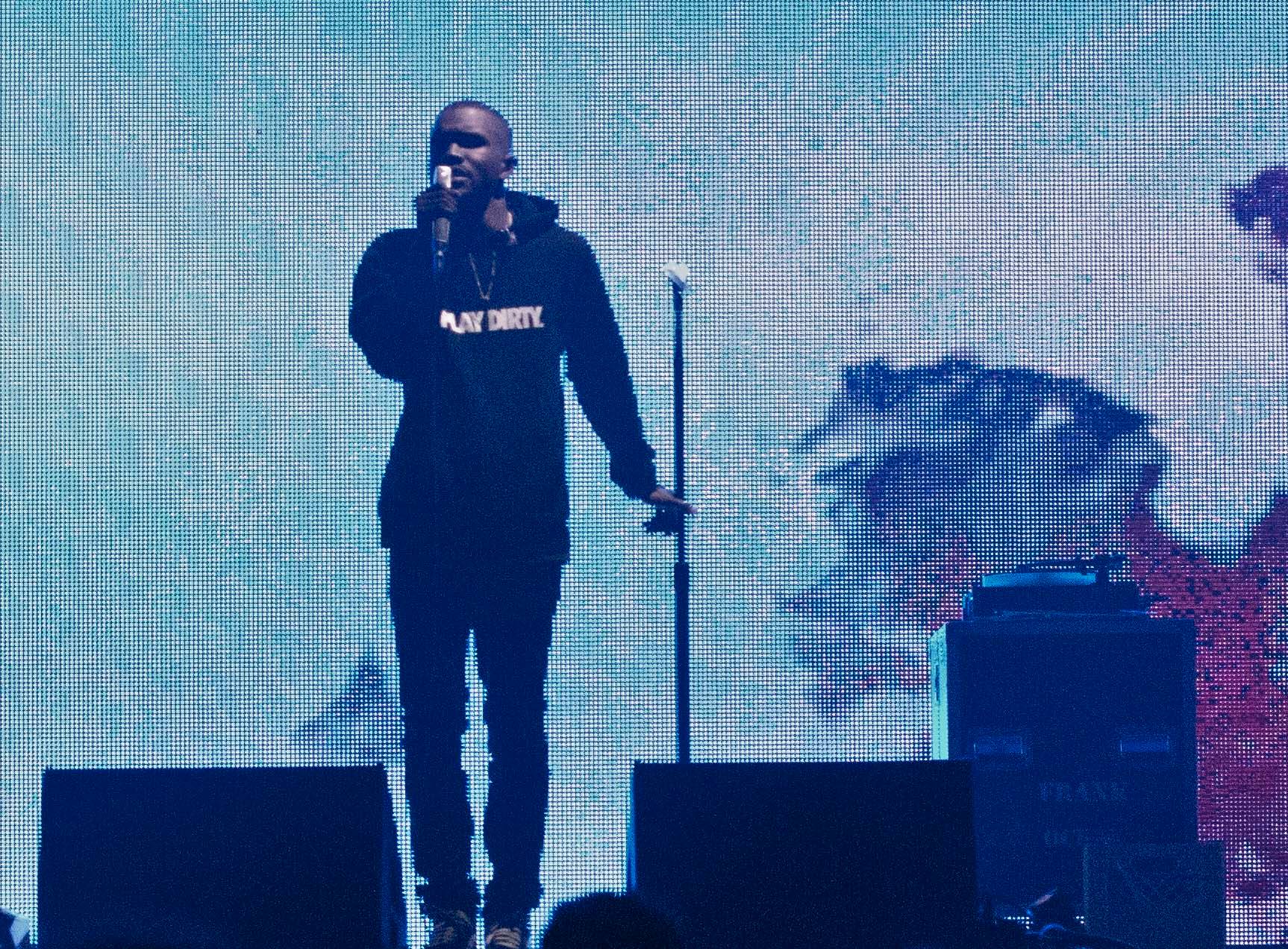