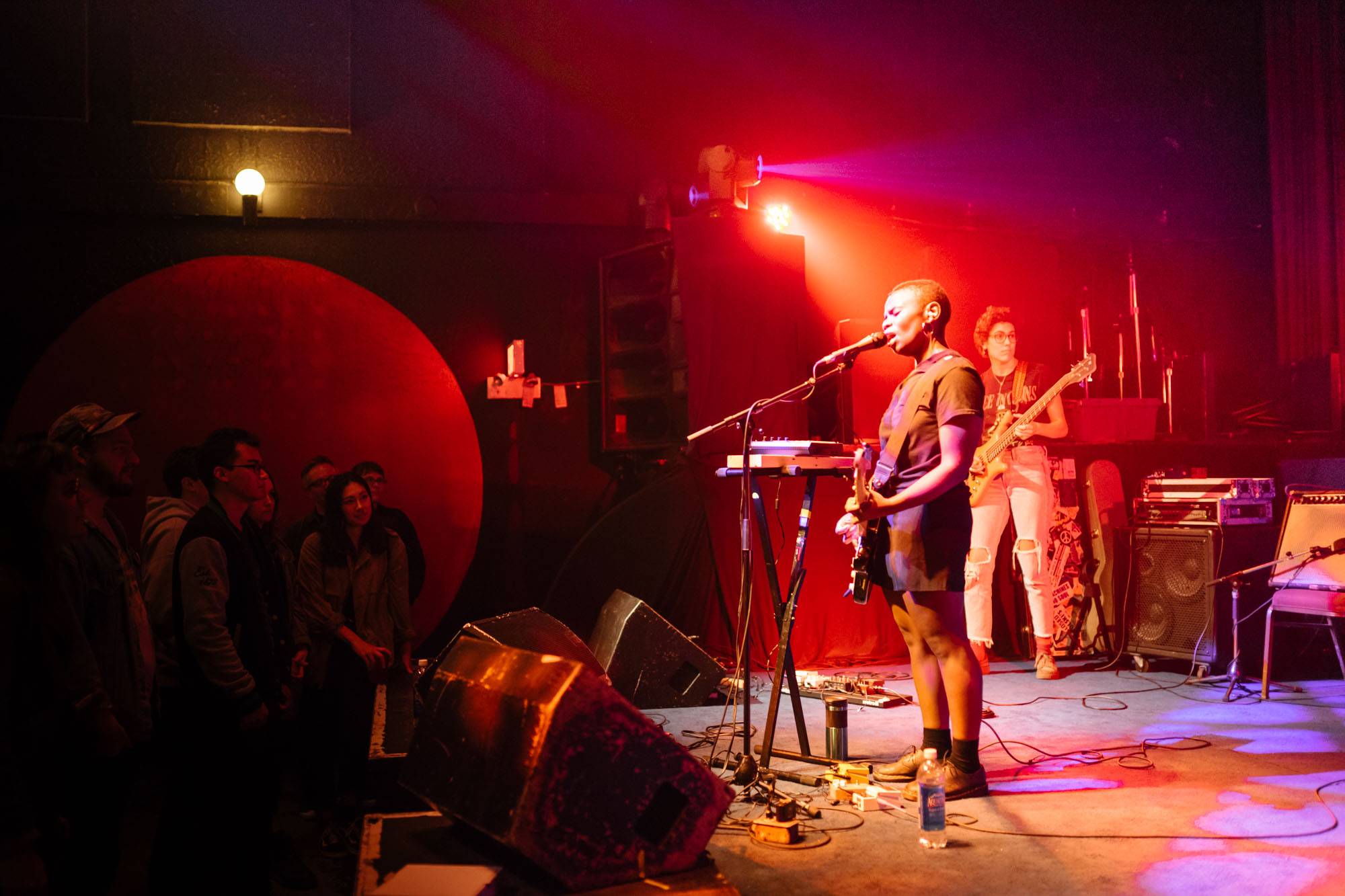 Vagabon at the Fox Cabaret, Vancouver, Monday night. Vagabon (aka Laetitia Tamko) is on a North American tour for her album Infinite Worlds (Father/Daughter Records). The Vancouver tour date comes midway through the tour.

Tamko is a multi-instrumentalist and a producer who has been recording since 2014 as Vagabon.

Infinite Worlds follows her stripped-down demos. These have been circulating online and throughout the independent music community for the past two years.

According to a press release, “Her Persian Garden cassette, released in 2014 via Miscreant Records, was a lo-fi collection where she embraced a first-thought best-thought approach, making songs that began with just her voice and guitar. But here, Tamko is the main performer of synths, keyboard, guitars, and drums, at times enlisting the work of session studio musicians. This had Tamko channeling the thoughtfulness of her lyricism into her arrangement and production as well. The result is a wide-ranging eight-song collection that’s pleasantly unclassifiable: hypnotic electronic collages, acoustic ballads, and bursts of bright punk sit side-by-side cohesively, all tied together by Tamko’s soaring voice.”