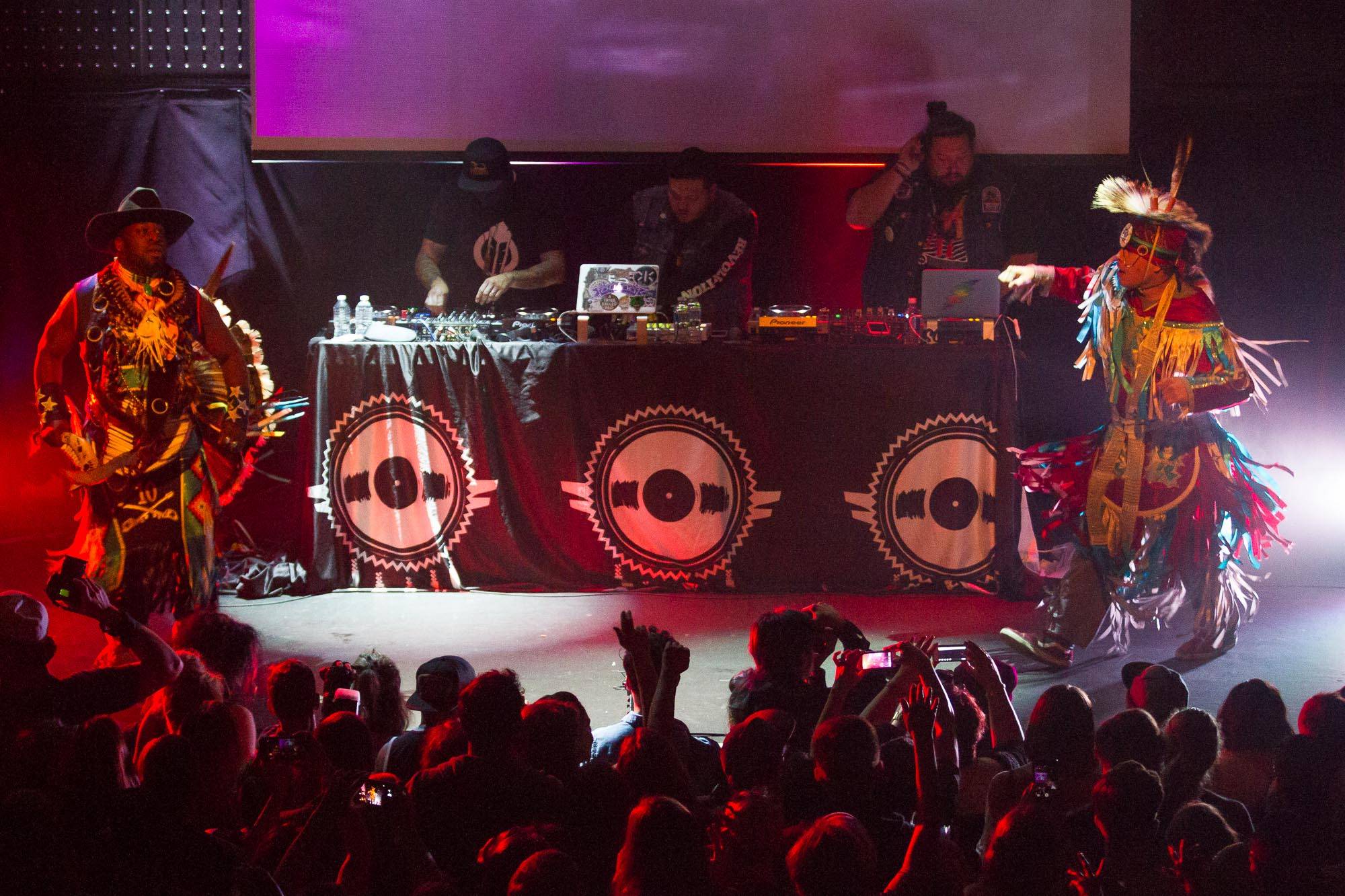 A Tribe Called Red at Venue, Vancouver, on Sunday night. The Canadian electronic music group is touring in support of its third album, 2016’s We Are the Halluci Nation.

According to Wikipedia, the record is a concept album inspired by late Native American rights activist, musician and poet John Trudell. The Halluci Nation aims to “[promote] inclusivity, empathy and acceptance amongst all races and genders in the name of social justice. They believe that Indigenous people need to define their identity on their own terms.”

Trudell was in the process of collaborating with the group prior to his death, and is featured on two tracks.

A Tribe Called Red released their self-titled debut in 2012. The group is celebrated for its groundbreaking blend of several different styles and genres. These include instrumental hip hop, reggae, moombahton (a fusion genre of house music and reggaeton credited to American DJ and producer Dave Nada), and dubstep-influenced dance music, along with elements of First Nations music. Vocal chanting and powwow drumming figure prominently.