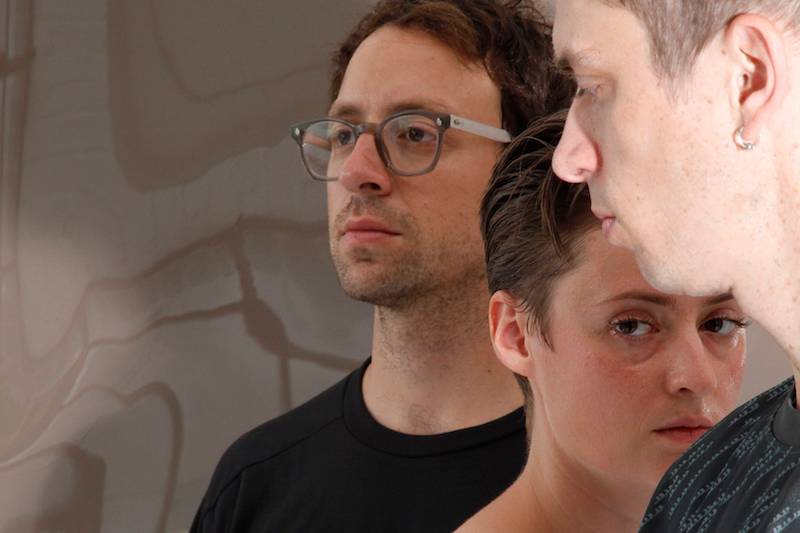 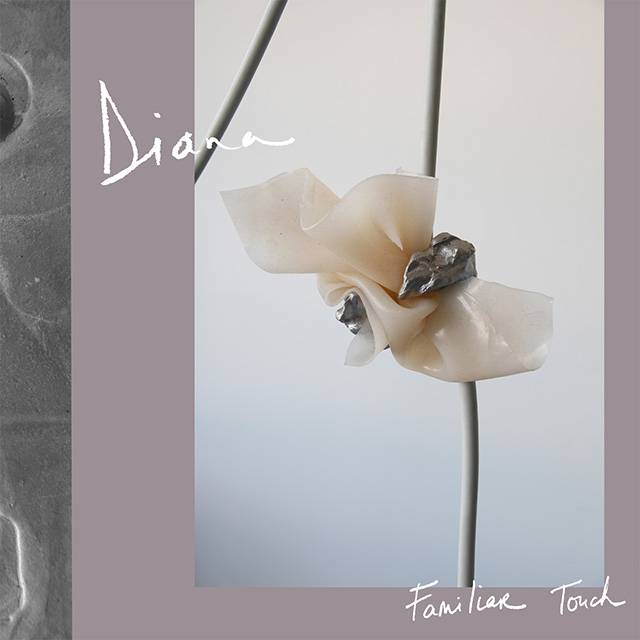 Shawn Conner: You’ve talked about your anxiety around touring before, and how you were going to try to do things a little differently this time out. Have you guys figured anything out in that regard?

SC: When you say “band tattoo,” does that mean you’re going to all get the word DIANA?

CE: It’s an inside joke. Everyone’s going to get the letter “h”.

SC: In the video for “What You Get”, it looks like the band is bigger than the three of you pictured in the official publicity photo. How big is the touring band?

CE: It’s a six-piece. But none of the DIANA band appeared in the “What You Get” video. It was filmed in Iceland with just actors. It’s about a young woman who works in a factory by day, she’s a loner, but she finds all of this freedom and pathos in her heavy metal music band.

SC: The other two band members, Joseph (Shabason, keyboards) and Kieran (Adams, drums) know each other from the University of Toronto’s jazz program. How do you fit into the picture?

CE: They asked me to sing. They knew me from other bands around Toronto. I’m a pretty random addition. We didn’t really know each other before they approached me. It’s been a process of getting to know one another as we’ve toured and played shows and stuff. It’s a different relationship dynamic. Usually with bands it’s like, “We’re all friend from back in the day and we all like to play music together!”

SC: What are the musical commonalities do you have?

CE: I think we had almost none. They were listening to a lot of very produced eighties music at the time, like Prefab Sprout and Brian Eno and Cocteau Twins. I don’t listen to any of those bands. I like Bjork, I really like contemporary pop music. The stuff that gets churned out of the L.A. songwriting machine, like Rihanna stuff. I love that music, I honestly do. It’s just designed to make you feel good. It’s like junk food for your ears.

SC: Where’s your the line for you? Is there a point where it’s too gimmicky, too produced?

CE: I think about that all the time. Do people know inherently what quality is, or do we get told what quality is? There are those artists where people are like, “Oh my God, John Lennon, greatest songwriter of all time.” That’s what we’re told when we’re born, right? There are those things that people like because we know we’re supposed to. How good does something have to be for you to look at it without any context and go, “Holy fuck, that’s amazing.” And does personal taste come into it? I don’t have any answers. I like the pop music I like. It has to be pretty outlandish for it to feel over-produced. Like The Black Eyed Peas.

SC: Generally, I like overproduced pop music sung by girls over the same kind of stuff sung by boys. That could be my innate prejudice against bands like New Kids On the Block, who were coming up back in my day, and that sort of thing.

CE: I would agree with you. I think the songs written for the girl bands are better. You listen to the N’Sync albums and Destiny’s Child, and there’s no comparison. The Destiny’s Child songs are just better songs.

SC: I wonder how much that has to do with how much control the artist has.

CE: Something you also have to think about though, is like Max Martin, probably the most famous pop songwriter of all time, will write a song but he doesn’t necessarily who’s going to get it. Like “… Baby One More Time” could’ve been sung by Christina Aguilera. Maybe Britney Spears just had more money and she bought the song. Maybe what it comes down to production. Somebody could write a song and go, “All right, this is either going to go to Jessica Simpson, or Rihanna.” And then Rihanna grabs the song, her producer puts this insane beat on it and it gets so good. Whereas Jessica Simpson would have an acoustic guitar and a keyboard and you’d go, “This song is fucking horrible.”

SC: What if you guys were called in to do a co-write?

CE: Oh, that is all I want to do. I’ve been moving more towards that in the last six months or so. I would love to do that shit. It’s so hard. It’s so challenging. Writing a melody, where you listen to it and go, “Oh, anybody sing that,” is actually next to impossible.

SC: There’s nothing about the new DIANA album that isn’t commercial, but I wouldn’t call it a commercial album.

CE: Hmmm. I think in terms of arrangements for this record, we were really trying to subvert the pop while paying homage to the folks that we all really love. We listen to Ariana Grande in the car and argue which of her songs is the catchiest.

SC: So what mainstream pop album is rocking your world right now?

CE: Oh God. I feel a little embarrassed mentioning this but I’ve really been playing the new Drake album.

CE: Well, you know how people have this mentality of like, “Oh their old stuff is better.” I feel bad just for liking his new music. Also, Toronto has a very polarized relationship with Drake. I always use this dishtowel analogy when it comes to recorded music. You can go t Ikea and get a dishtowel for 65 cents and it works great. You can also go to some bespoke store and get a $70 dishtowel, and it will be amazing. And then there are those places that sell $10 dishtowels. And I’m like, “Why would I ever buy a ten-dollar dishtowel, when I can by a 65-cent dishtowel, and it works great, or I can treat myself and buy a $70 dishtowel and get the nicest dishtowel you’ve ever seen?”

Recorded music is in this weird place right now, where you can make your whole album at home for $300. Or you can make a Drake album, and spend a quarter of a million. But to do anything in between seems crazy.

SC: Where does Familiar Touch fit into that?

CE: We’re right in the middle, I think. We’re the ten-dollar dishtowel! We also worked really hard to get some grands and funding to do the album that way. I don’t think Diana’s a band that can do a cheap at-home demo, just based on the sheer volume of tracks. We needed a good mixer to find a spot for all of those parts without it sounding too crowded. We wouldn’t have been able to do that at home. But I like the new Drake album because it sounds like you’re listening to a quarter of a million dollars. I feel like I’m wearing silk earmuffs when I listen to it. It’s a treat.

SC: Do you have any brushes with Drake stories?

CE: Yes, actually. (snickers) Nothing at all exciting. Just that my ex-boyfriend’s brother was a filmmaker and went to the same high school as Drake. So before Drake was Drake I got to see him play a closeted gay high-school jock in an arthouse short film directed by a 17-year-old boy.