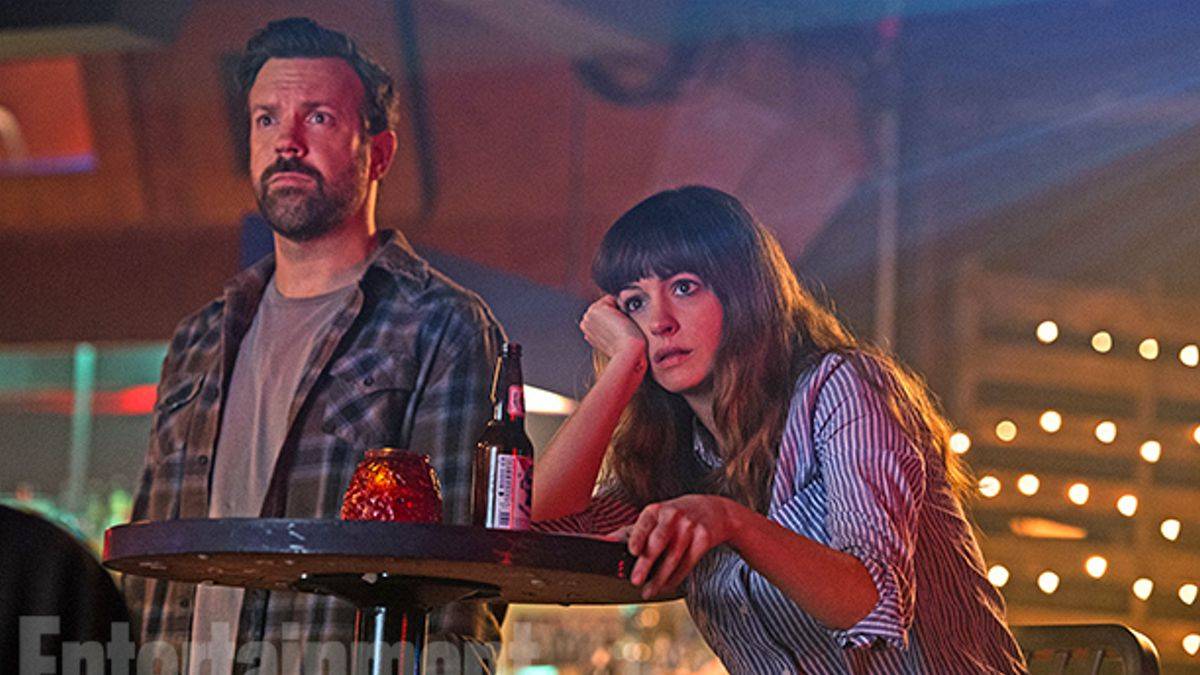 There’s a lot of buzz right now for Colossal. The movie, which opens in Vancouver Friday April 21, stars Anne Hathaway, Jason Sudeikis, and Dan Stevens. It’s a genre-busting film that, as many have pointed out, isn’t quite like anything we’ve seen before (although some have drawn parallels with Little Shop of Horrors).

Just prior to the film’s Canadian release, we talked to Colossal‘s director/writer Nacho Vigalondo. The Spanish filmmaker has previously made the 2007 time-travel thriller Timecrimes and the 2014 cyber-thriller Open Windows.

Shawn Conner: Besides Anne Hathaway and Jason Sudeikis in the movie, you’ve got Dan Stevens, who is blowing up in (FX series) Legion right now.

Nacho Vigalondo: Yes. Everything about this film made me feel so lucky. I called Dan Stevens because I saw him in The Guest (2014), Adam Wingard’s film, and he plays a villain. And he’s terrifying. He was available and as the movie was being shot, he started to become something in bigger ways in many ways. He’s everywhere, I’m so happy to be part of this sort of Dan Stevens-verse.

SC: And of course there’s Anne Hathaway, who’s also an executive producer. So she must have been on board 100 per cent.

NV: In fact the most impressive side of her involvement in the film is that she jumped on board by reading a script at a time when we didn’t even have a budget. She became the super-power to raise the funds and get partners like Voltage (Pictures). The movie became what you see on screen because of her. I need the rest of my life to thank her for making this movie happen.

SC: I think I saw a tweet of yours recently about someone who had revealed too much of the movie. Where do you draw the line for what’s a spoiler, and what’s a spoiler for this movie in particular?

NV: I don’t feel like spoilers can ruin this film. Having said that, I really like the way Neon (the movie’s American distributor) is handling how to show the movie, how to suggest what the movie’s about. They are keeping a lot of things secret in the campaign, the elements that are important in the film but they’re not part of the marketing campaign. It’s not only about covering some elements of the script, like the giant robot. It’s also about covering the actual theme of the film. The tweet that you read was something that intrigues me about some reviews. Some reviews take two-thirds of the text in describing the film. I don’t know why, because if you haven’t seen the film, you don’t want to know. And if you have seen the film, you don’t need the review to describe the script.

SC: As a reviewer and someone who writes about movies, I find it lazy to say anything more than one or two lines about the plot.

NV: You can say what the movie means to you and what the movie made you feel and your concerns and prejudices without having to describe it. You can work your text in a way that everything is suggested, but nothing is described.

SC: I wanted to ask about filming Colossal in Vancouver.

NV: You know, when you shoot this way in Canada you have to disguise the place. It’s a little sad but that’s how things are. At some point I prefer the movie to take place in Canada to have the freedom to be whatever we want, not just try to make something that’s fiction. But Vancouver never plays Vancouver, as we all know. In this case Vancouver became South Korea, New York and New Hampshire. 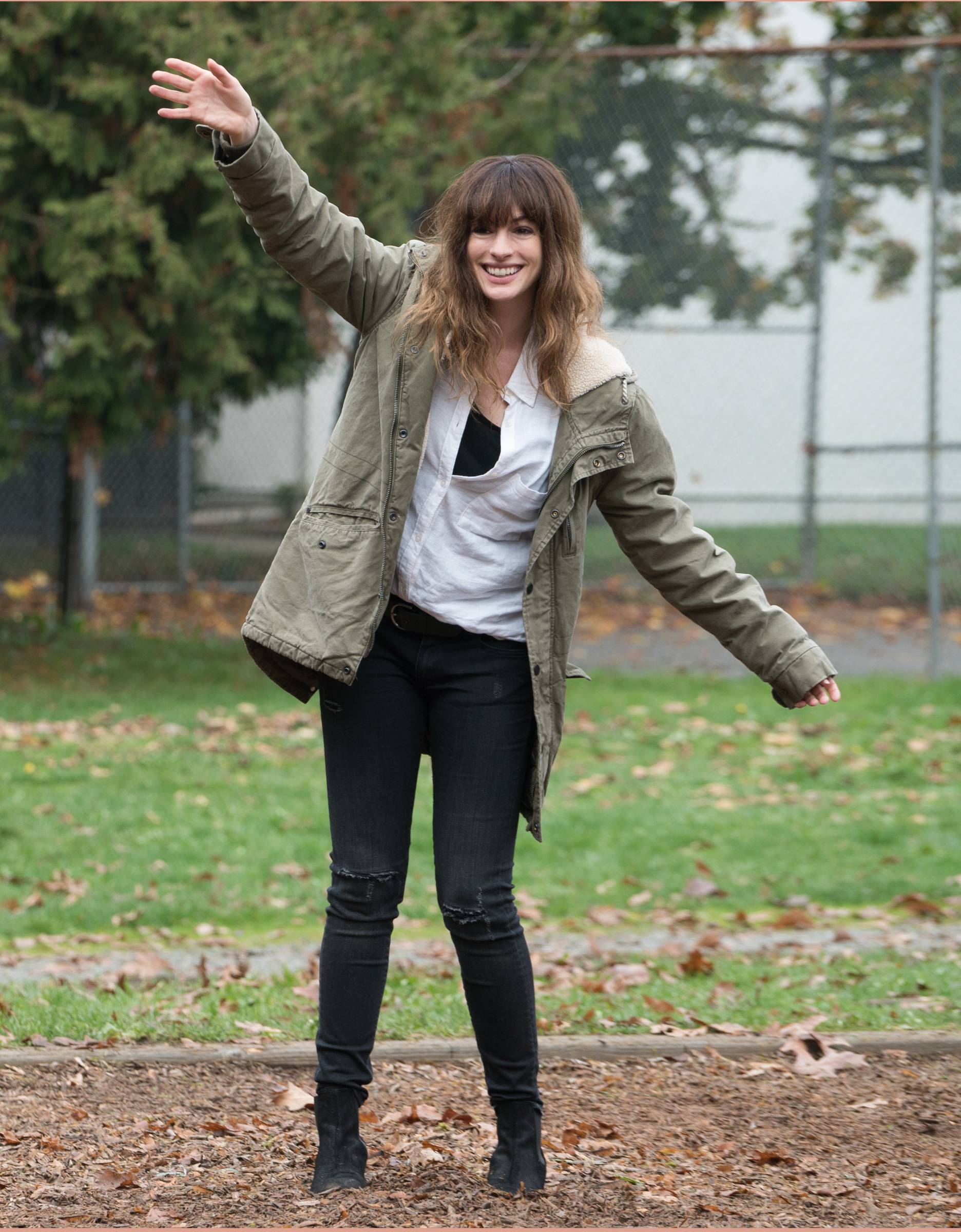 SC: Are you comfortable with being considered a genre director?

NV: My movies so far are kind of difficult to define. I’m okay with that. I have to say that all my films deal with genre in one way or another. At this point I don’t feel able to separate from genre stuff completely.

SC: Do you have your next project set up?

NV: When I make a movie I always try to have the next one lined up. So far all I can say is I’m enjoying writing and collaborating on this Spanish film, directed by a female director,called Paradisios: I Walk on the Street (Shawn’s note: not sure if I heard this right). But my next stuff is still a mystery. I’m reading cool properties that have been offered to me. But I’m writing in the meantime. I don’t know if my next film is going to be two actors in a room or a big-budget super-production in which Han Solo fights Captain America! I have no idea.

NV: I had a chance to develop a script with Millar called Supercrooks. So far I don’t know what’s going to happen with the film. There are some writers who I’m really attracted to. I’m thinking of Grant Morrison for example, or the works of Peter Milligan. Neil Gaiman. I’m attracted to authors, rather than companies or characters. That would be a challenge. How do you approach the feeling of a Vertigo (DC’s adult horror/fantasy line) comic? Legion* is the first attempt to turn a Vertigo comic into a (TV) series.

*The series is actually based on Marvel Comics characters. But, as Vigalondo says, it more resembles a Vertigo comic than other Marvel properties that have been translated to the screen.