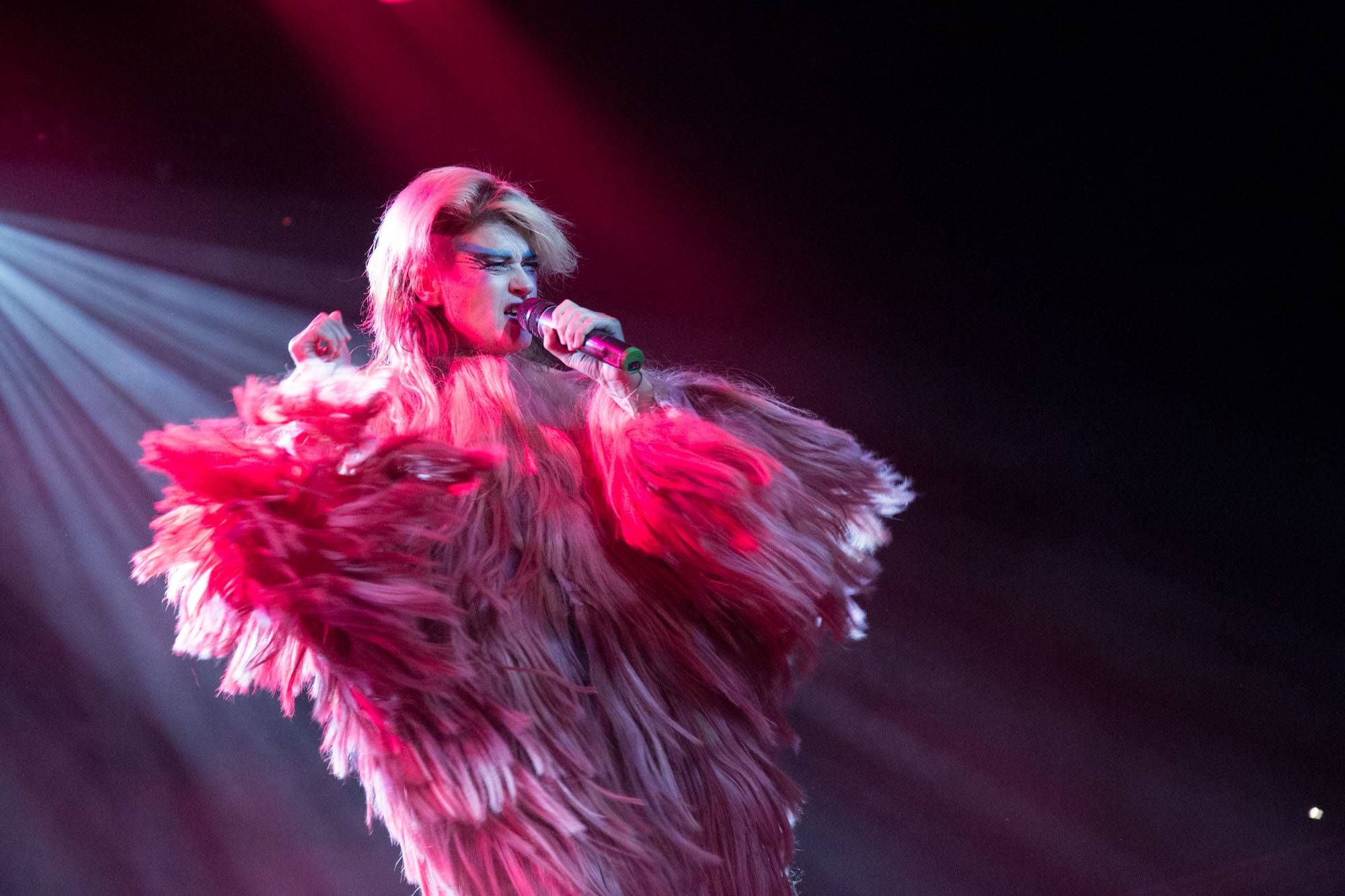 Peaches in Vancouver Wednesday night. The show marked the singer’s second Vancouver appearance in support of her 2015 album Rub.

Rub is her sixth album. American musician, music video director, and photographer Vice Cooler produced the album with Peaches in her Los Angeles garage throughout 2013 and 2014. Kim Gordon (on the track “Close Up”), Feist, and Simonne JonesÂ (on “Vaginoplasty”) make guest appearances the record. Songs include “Dick in the Air” and “Free Drink Ticket”.

Pitchfork gave the album a 7. The Guardian gave it four out of five stars, saying “Every production here feels leaner and more rubbery than the last, courtesy of the tight, two-person DIY production team of Peaches and Vice Cooler.”

Born Merrill Beth Nisker, theÂ Canadian electronic musician and performance artistÂ released her debut in 1995. Her second album, The Teaches of Peaches (2000), brought the world such songs as “Fuck the Pain Away” and “Lovertits”.