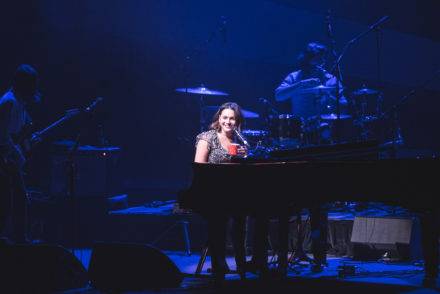 Norah Jones on tour for her new album, Day Breaks.

It’s the singer’s first album of new material since 2012’s Little Broken Hearts. In the intervening years, she’s engaged in a number of projects.

In 2013, she released a collaboration with Green Day front man Billie Joe Armstrong of Everly Brothers songs. The album is titled Foreverly. Also that year, Jones collaborated with her half-sister, Anoushka Shankar, on the latter’s album Traces of You. She contributed vocals to three songs on the album.

Jones also recorded an album with her country music project, an all-female trio called Puss n Boots. The band includes Sasha Dobson and Catherine Popper. The album, titled No Fools, No Fun, was released on July 15, 2014.

Jones is featured on Harold Mabern‘s 2014 album, Afro Blue. She sings on “Fools Rush In” and “Don’t Misunderstand”. She duets with The Rolling Stones‘ Keith Richards on the song “Illusions”, from his 2015 album, Crosseyed Heart.

AND that’s her voice on the end credits song from the film A Dog Named Gucci and on the song “One Voice”. The song also featuresÂ Aimee Mann, Susanna Hoffs, Lydia Loveless, Neko Case, Kathryn Calder and Brian May. It was released on Record Store Day, April 16, 2016, with profits from the sale of the single going to benefit animal charities.

Jones released her million-selling first album, Come Away With Me, in 2002. 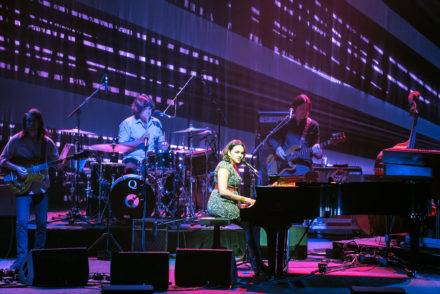 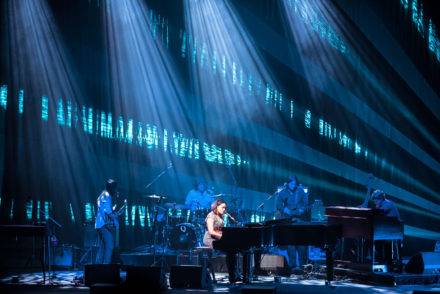 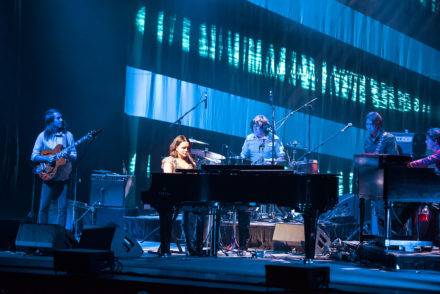 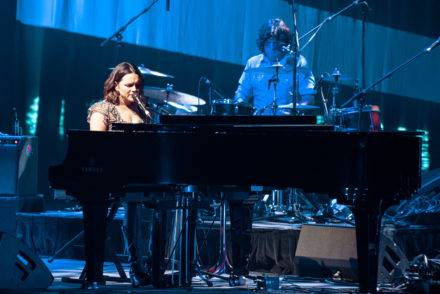 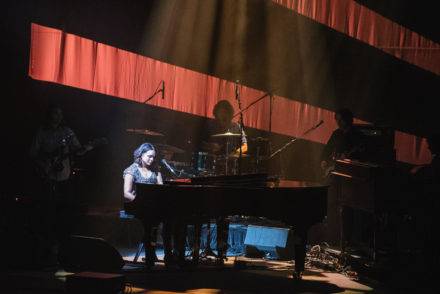 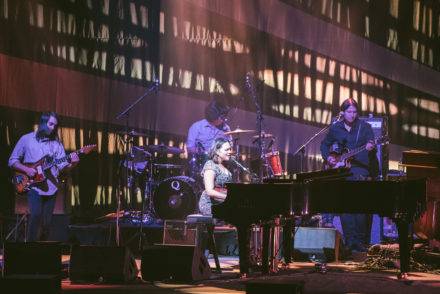