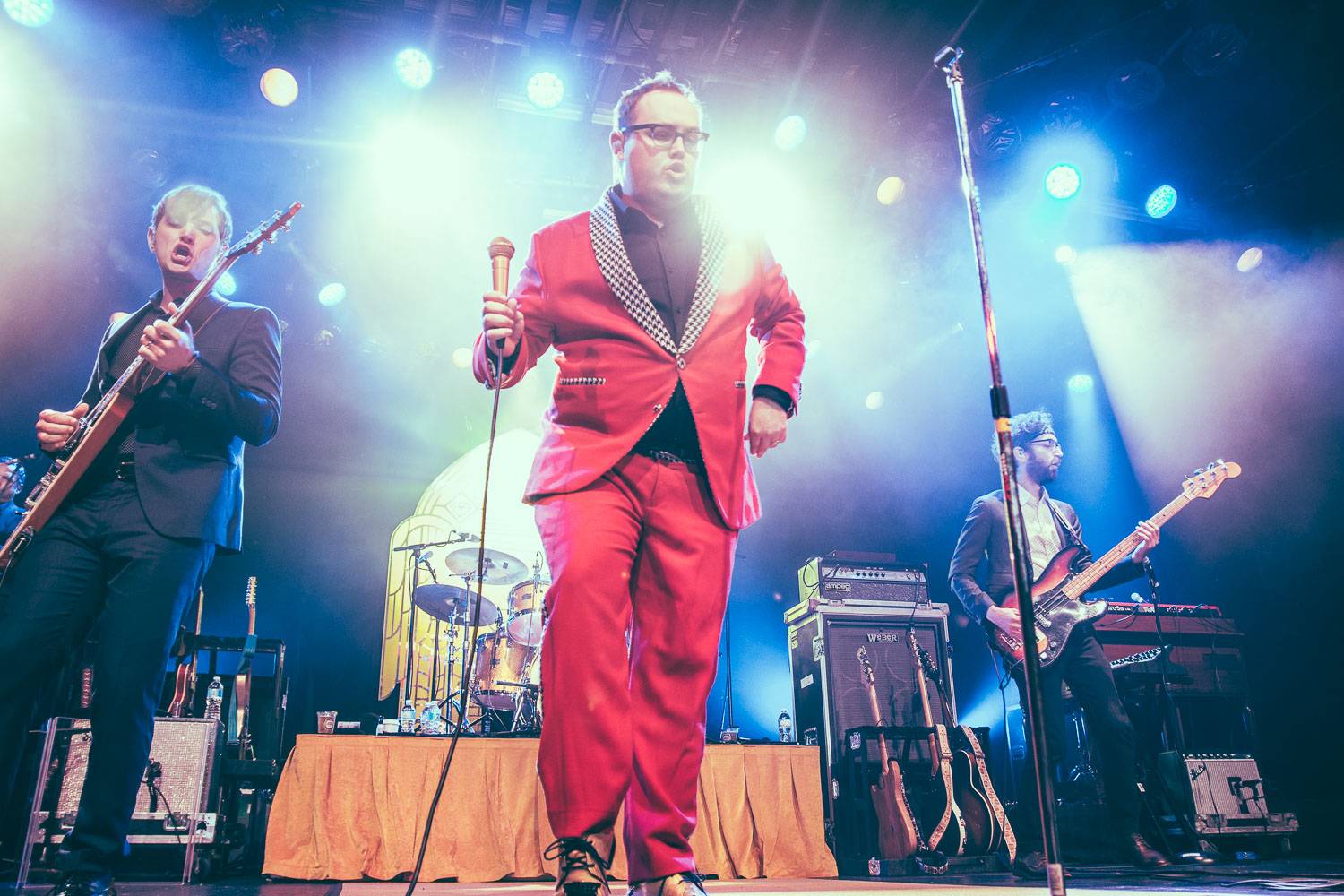 Photos – St. Paul and the Broken Bones at the Commodore Ballroom, Vancouver, Sept 25 2016

St. Paul and the Broken Bones on tour in Vancouver on Sunday night.

The Birmingham, Alabama eight-piece is on tour for its second album, Sea of Noise. The new-soul groupÂ released its debut Half the City in 2013. Two dates opening for the Rolling Stones in North America, as well as a European tour, followed.

“We were in a band before called the Secret Dangers. I would call it like an alternative blues band. It definitely skewed more to the modern rock side of things. We weren’t entirely focused on the sound. That band sort of just fizzled out. It was fun but wasn’t really going anywhere. And Paul had gone back to college to work on his accounting degree. I’d gotten involved with another Birmingham band. We never really stopped. We went through a period of time when we weren’t actively working on any goal. Occasionally, just for fun, we’d book a coffee shop gig. It wasn’t until we decided to go back to the studio and work on the songs for what later became this band that we got into the groove.”