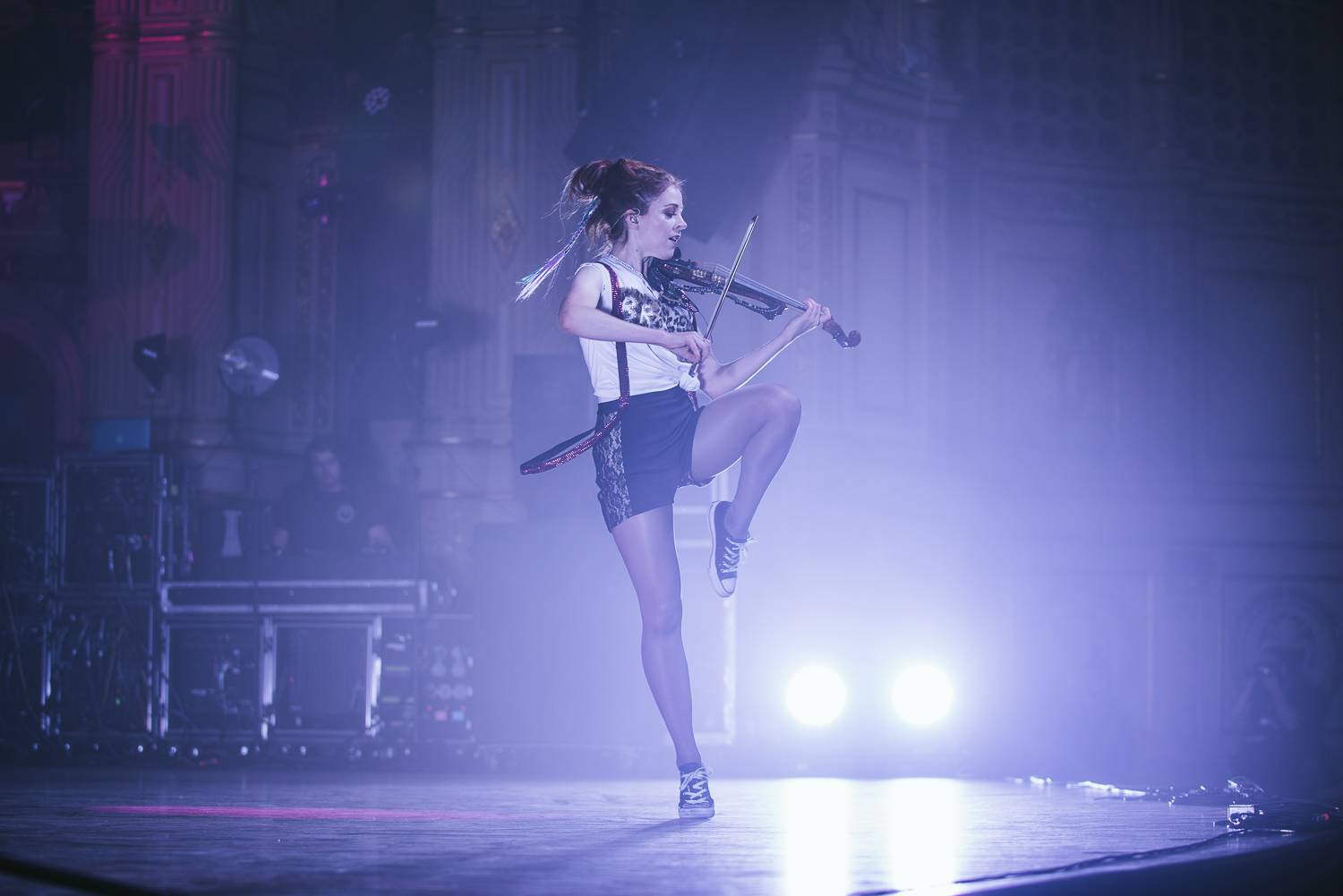 The 31-year-old electronic violinist is on tour for her latest album, Brave Enough.

New songs include “Something Wild (ft. Andrew McMahon in the Wilderness)”, “The Arena”, and “Hold My Heart (ft. ZZ Ward)”.

Brave Enough followsÂ Stirling’sÂ sophomore album Shatter Me. Stirling released the 2014 record on her own label,Â Lindseystomp Records. ItÂ debuted at #2 on Billboard’s Top 200 Chart, #1 on the iTunes Album Chart, and spent Â 21 weeks straight at the #1 spot on the Billboard Classical Album Chart.

Some of Stirling’s best-known tracks include the record’s title track andÂ “Crystallize” (the eighth most watched video on YouTube in 2012), off her debut album. The American musician got her start through her YouTube channel, which she created in 2007 as a showcase for her choreographed violin performances.

Since then Stirling has become known for her live performances, which have been seen by millions both in concert halls and through the TV special, Lindsey Stirling: Live from London. The special aired won public TV stations across the U.S. Filmed at London’s Forum Theater in 2014, the concert showcased the Stirling’s unique intersection ofÂ dance and electronic music andÂ modern classical.

Earlier this year, Stirling’s autobiography was published under the name of The Only Pirate at the Party. It reached the tenth position at The New York Times hardcover nonfiction best-seller list. The video for “Dying for You”, a collaboration between Stirling and Swedish DJ/producer Otto Knows, premiered shortly after the book’s release.