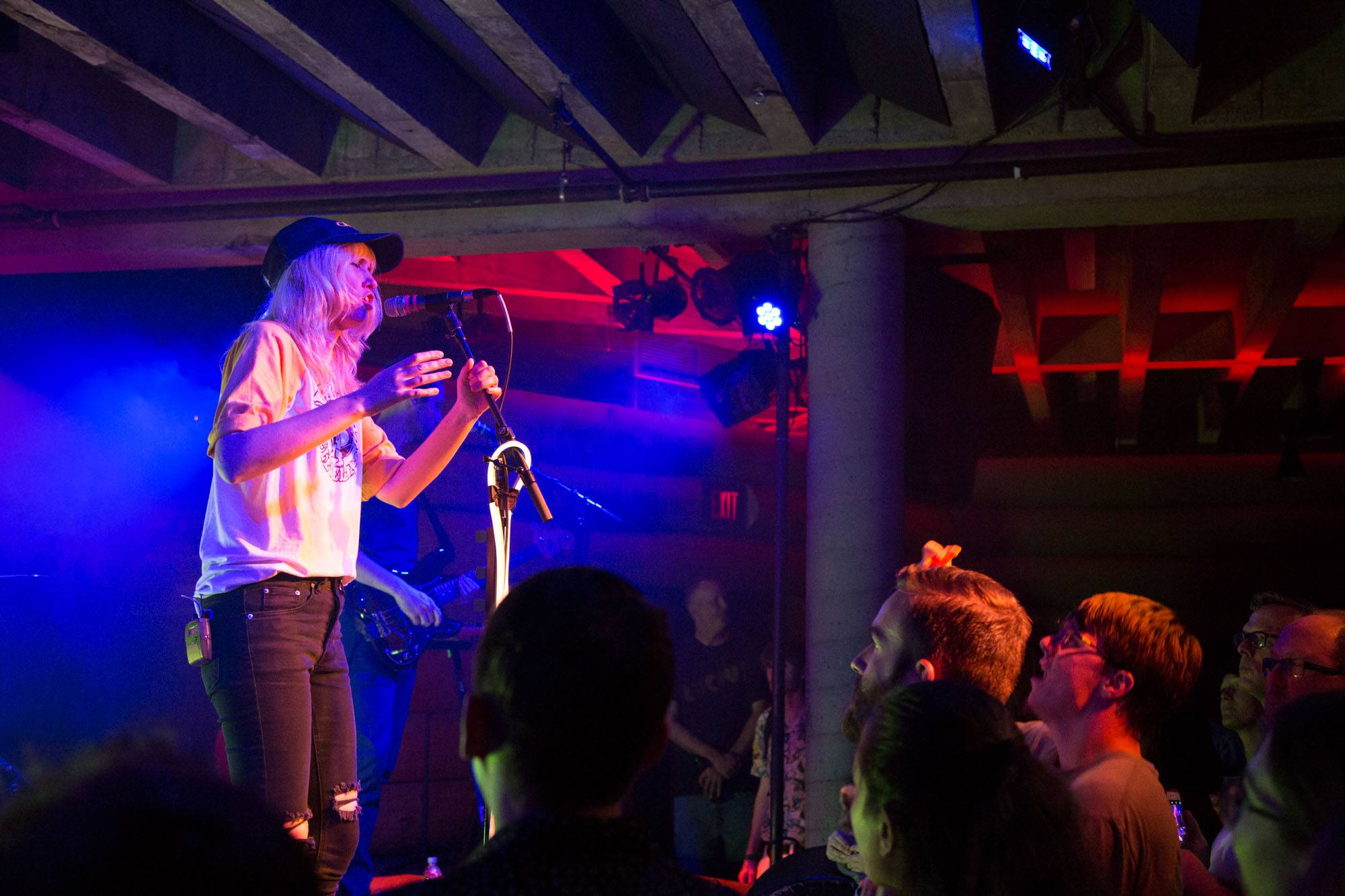 Ladyhawke (aka New Zealand singer/songwriter/multi-instrumentalist Pip Brown) on tour in Portland for her third album, Wild Things, released in June. The album includes the single “Let It Roll“.

The new recordÂ follows Ladyhawke’sÂ self-titled breakout album in 2008 and Anxiety in 2012.

According to a press release, BrownÂ “scrapped a full album’s worth of material before taking around a year to craft the blissed-out Wild Things with producer Tommy English (BÃ¸rns, TiÃ«sto, Dark Waves), whom she met through her L.A. neighbour, tattoo artist/musician Kat Von D.”

According to Wikipedia, “Brown was part of the Wellington-based band Two Lane Blacktop… before moving to Australia where she formed the art rock band Teenager in 2004… In 2007 she relocated to London.”

Her debut album spawned five singles, including “My Delirium”. At the ARIA Music Awards of 2009, Ladyhawke won Breakthrough Artist in both album and single categories.