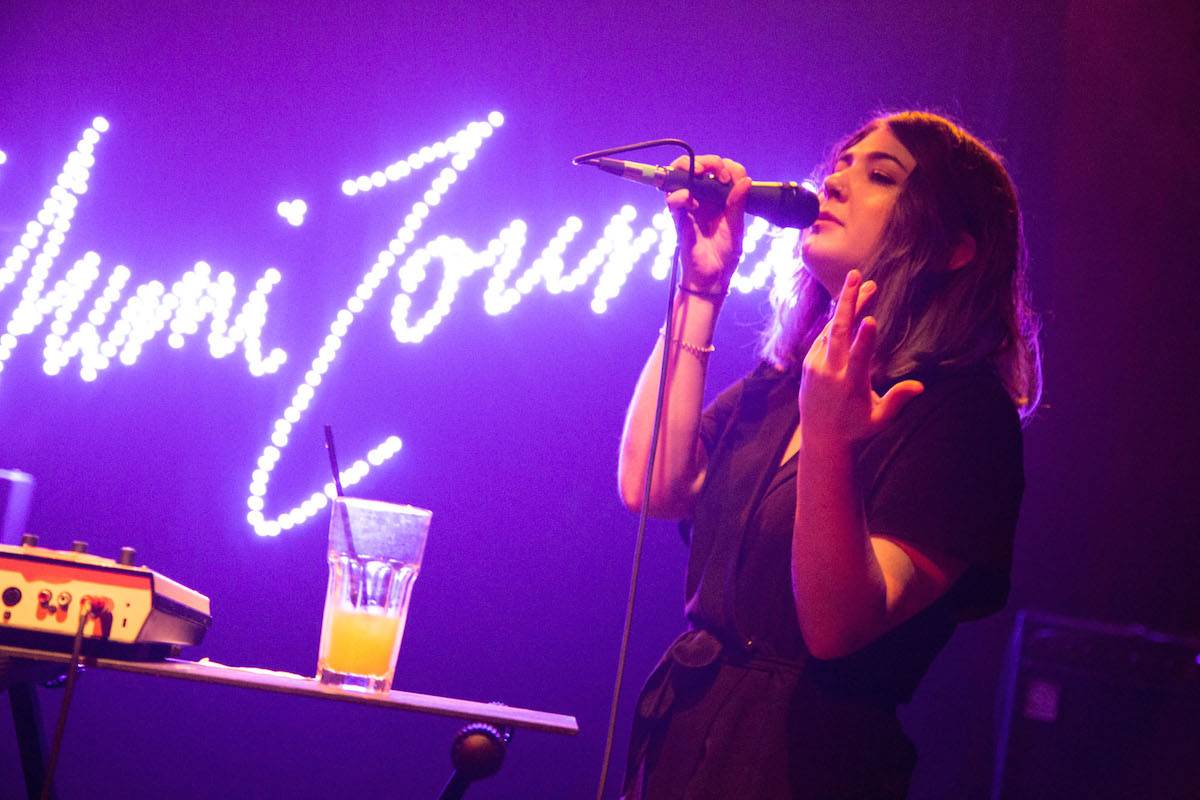 Its been just about a year since Yumi Zouma last passed through Vancouver. Back then, the quartet had a pair of excellent EPs under their belt, garnering critical acclaim for their breezy, dreamy pop songs. The four members all originally hail from New Zealand, but live scattered across the globe. Their first two EPs were recorded while everyone was in different countries, but for their debut album Yoncalla everyone finally got together in the same room, resulting in a warmer, more intimate collection of songs.

The bandÂ played at the Fox Cabaret on Tuesday night as part of a tour spanning the West Coast and five dates in Japan. Perhaps it was the extra time spent together, but the band exuded an effortless cool, delivering their songs as if it were the most natural thing in the world. In keeping with the casual vibe, the stage was set up simply with a banner that spelled the band’s name in LED lights. Paired with the red velvet backdrop of the venue, it created a cosy, intimate setting that was perfect for their brand of dream-pop.

The crowd was small but appreciative, sticking close to the stage and swaying. I noticed a distinct lack of cellphone glare – a constant during most gigs – which was refreshing, and a sign that the band was playing to a rapt audience. Indeed, it was hard to take your eyes off front woman Christie Thompson, whose cute yet seductive vocals carried the show. BandmatesÂ Sam Perry, Charlie Ryder, and Josh BurgessÂ seemed happy to hang back,Â swapping instruments and takingÂ turns on backing vocals.

Yumi ZoumaÂ played through most of their discography, opening with personal favorite “Barricade (Matter Of Fact)”, and including “Alena”, “The Brae”, and “Song For Zoe & Gwen“. For the most part, they stuck closely to the studio versions of their songs, although they dialled up the lower end on the uptempo tracks for a more clubbier feel. Unlike their last gig, they had an encore, and finishedÂ with a banging rendition of “Catastrophe“, from their 2015 EP II.

Opening for Yumi Zouma were Wallgrin and Other People. Unfortunately I missed Wallgrin’s performance, but Other People were a pleasant surprise. This performance was their second live show ever, and although it was slightly rough around the edges, their IDM-tinged R&B sounded great. I look forward to hearing more from them in the future!