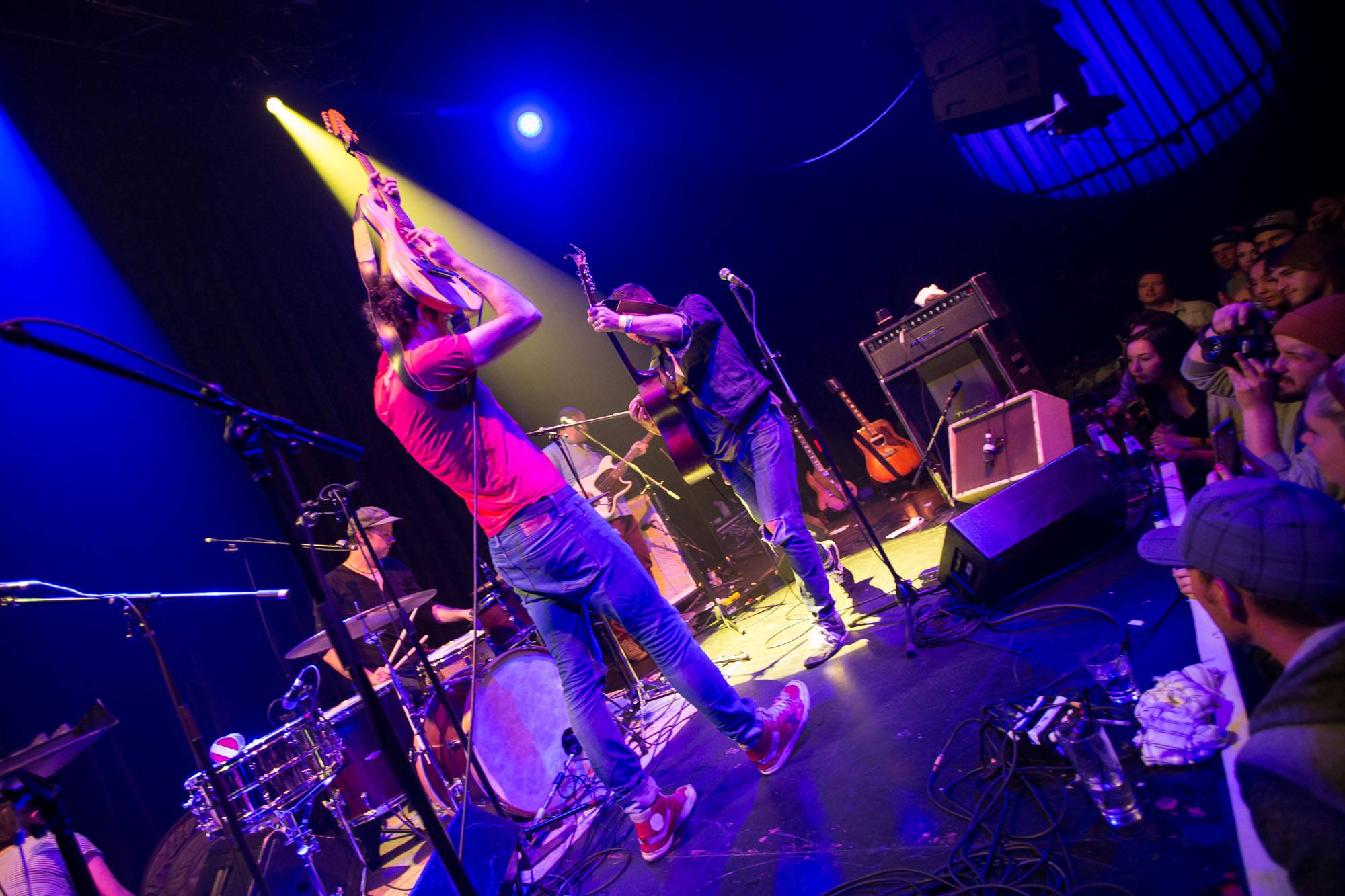 Photos -Â Plants and Animals at the Imperial, Vancouver, June 16 2016

The Montreal band recently released its latest album, Waltzed in from the Rumbling.

The Polaris-Prize nominated band releasedÂ their debut album Parc AvenueÂ in 2008.Â Their most recent LPÂ is 2012’sÂ The End of That.

According to a press release: “The first single ‘Stay‘ exemplifies the large orchestral scope that Plants and Animals have unleashed, while channeling the gritty folk roots that bore Parc Avenue. The track opens with an acoustic folk vocal, reminiscent of past albums. Then, unexpectedly, the song takes an electric turn, exploding in sound, tempo, instrumentation, and depth, asking you to ‘look inside your heart’. ‘Stay’ is an instant rock classic: epic and unforgettable.”