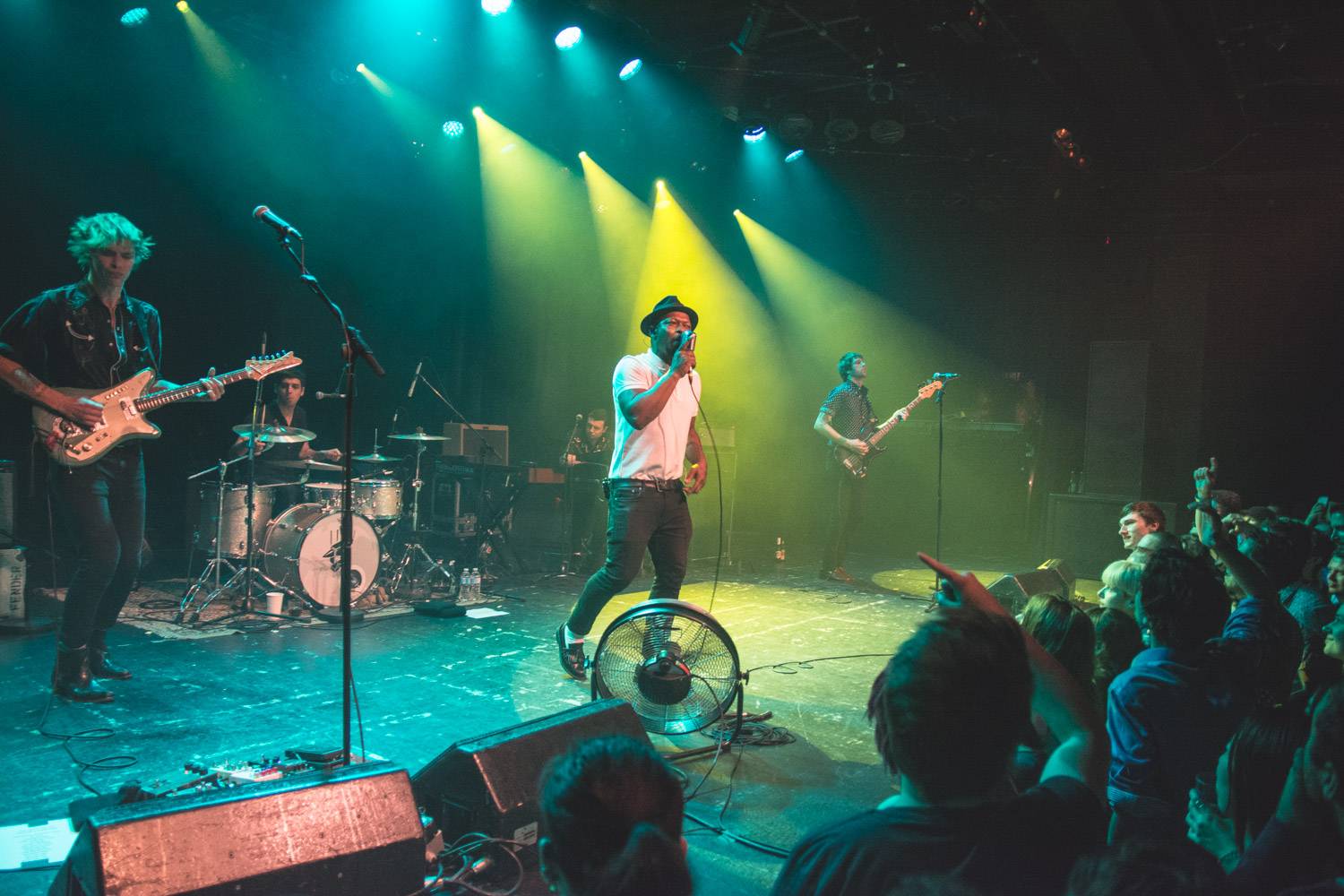 The Heavy at the Commodore Ballroom, Vancouver, May 2 2016. Pavel Boiko photo.

Photos -Â The Heavy at the Commodore Ballroom, Vancouver, May 2 2016

The indie-rock band, originally from Bath, England, formed in 2007. Members includeÂ Kelvin Swaby (vocals), Dan Taylor (guitar), Spencer Page (bass guitar), and Chris Ellul (drums). The groupÂ has released four albums, includingÂ their latest, Hurt & the Merciless. Their 2009 single “How You Like Me Now?” has becomeÂ the band’s signature song.

According to a media release, The Heavy recorded their latest “live in a remote studio on the fringes of their hometown. Written over the past four years, while members of the band went through some dark times including a divorce – Hurt & The Merciless is relentless, tough and gritty.

“A confluence of obsessions – from classic rock, soul and hip hop, to crate digging and sampling – are what brought The Heavy together, and Hurt & The Merciless is a musical culmination of these influences. A good deal of heartache went into the writing process as well.Â ‘Songs like “What Happened To The Love?,” “Mean Old Man” and “The Apology”Â were necessary, they needed to be expelled from my system,’ says frontman Kelv Swaby.”

The lead single is “Since You Been Gone”.