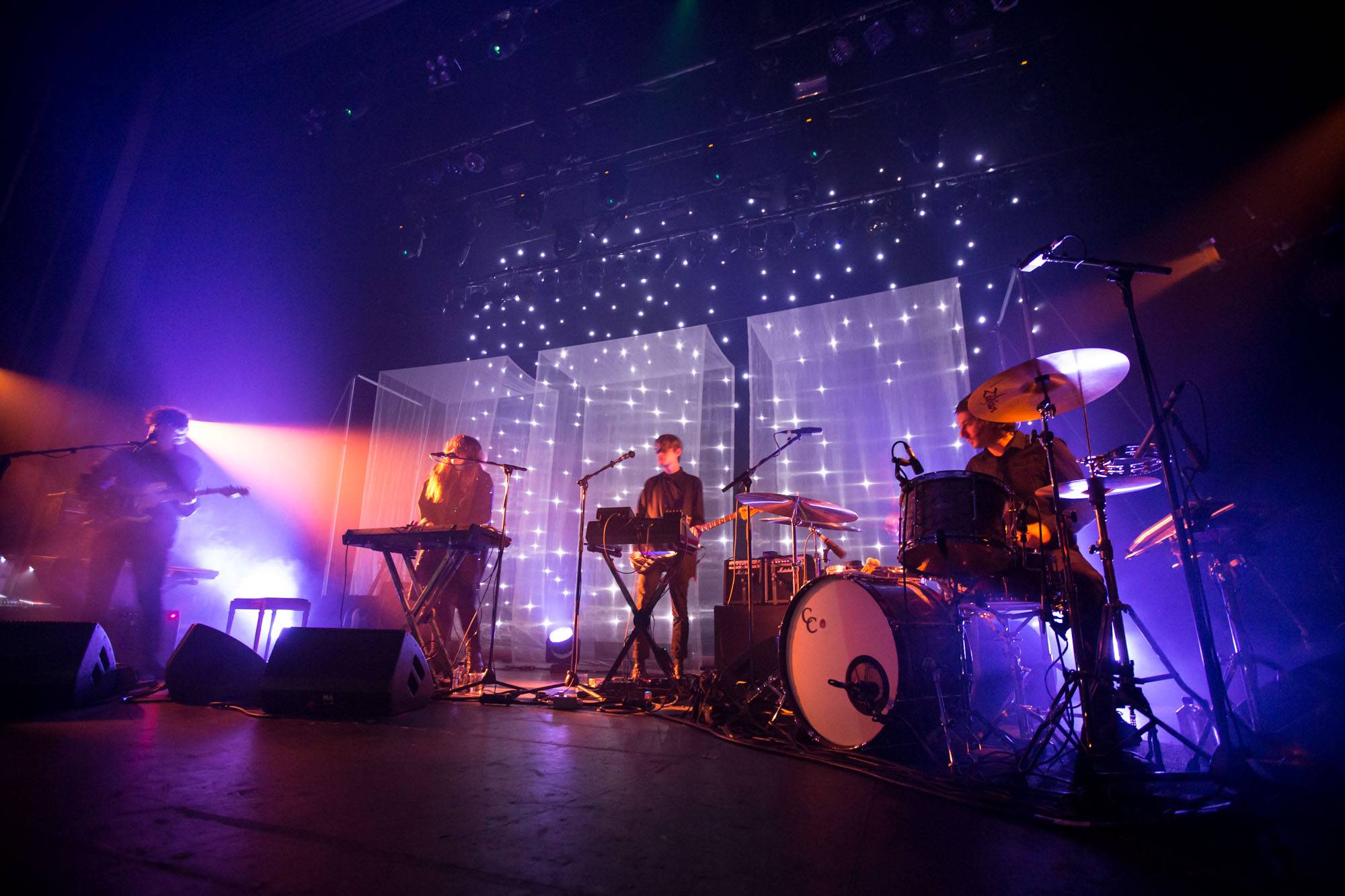 The tone was set even before the band appeared, with a moody ambient piano piece playing for half an hour while the crowd waited expectantly. The group, including founding membersÂ Victoria Legrand and Alex Scally,Â took to the stage with no fanfare, simply walking out and launching straight into a faithful rendition of Depression Cherry’s “Levitation”.Â Bathed in dim red lights, Legrand looked otherworldly in a black sequined hooded cape, her long hair obscuring her face. The first thing that struck me was just how amazing her voice really is. A lot of people compare her to Nico, but there is a fair amount of Hope Sandoval and Blonde Redhead‘sÂ Kazu Makino in there as well. She has an impressive range, which she deployed to full effect on some of the crescendos.

This worked well with the band’s dreamy sound, serving toÂ amplify details like Legrand’s hand-twirling and hair-tossing. Occasionally, the entire backdrop would light up with pinpoints of light, creating a gorgeous backdrop of stars that the band employed to great effect during classics like “Walk In The Park”. Both Legrand and guitarist Scally made repeated references to how much they love playing Vancouver, with Scally rattling off a list of venues he loves (including the Rickshaw Theatre and the Malkin Bowl).