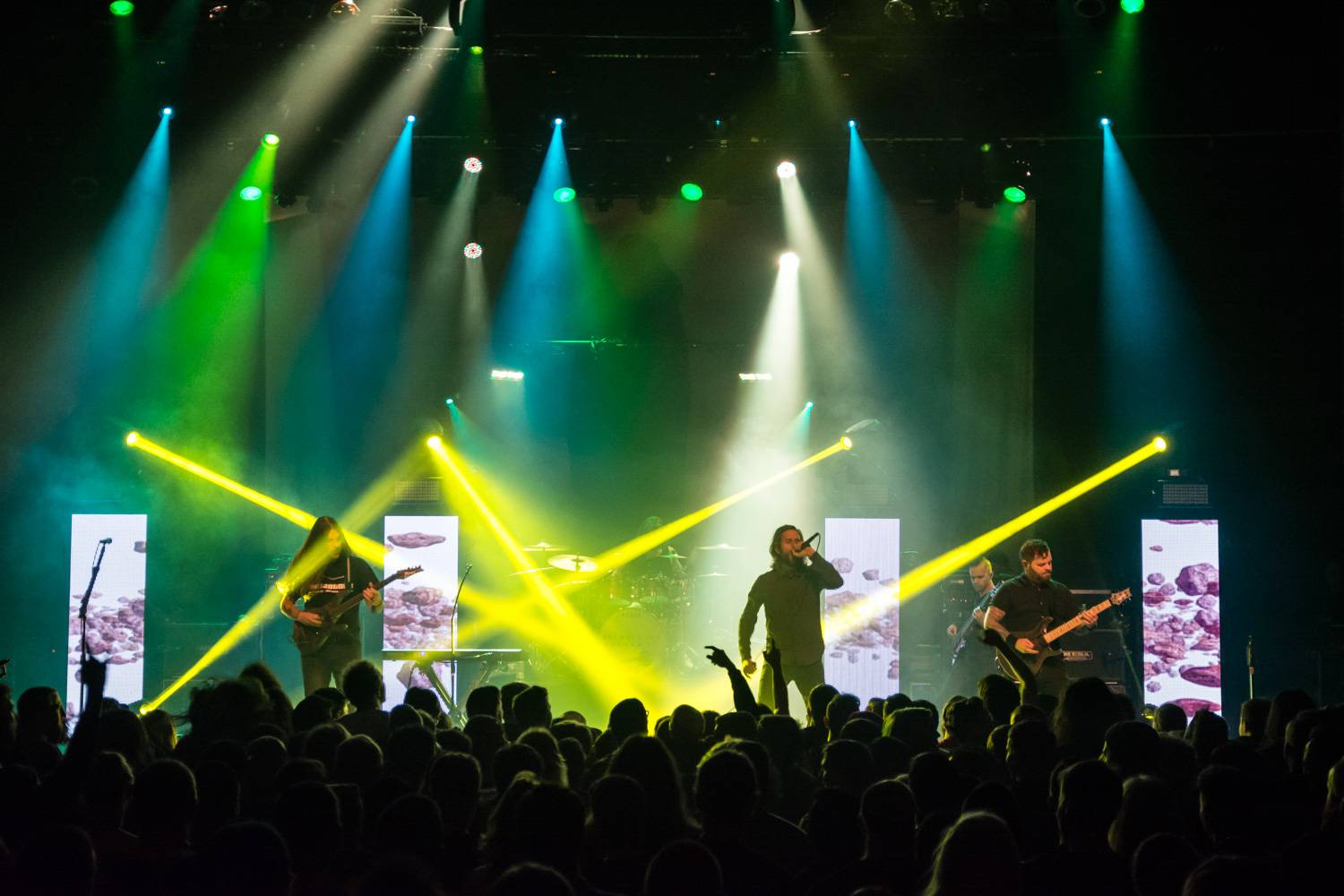 Between the Buried and Me at the Vogue Theatre, Vancouver, Mar. 26 2016. Pavel Boiko photo.

Photos -Â Between the Buried and Me at the Vogue Theatre, Vancouver, MarchÂ 26, 2016.

Between the Buried and Me opening for August Burns Red at the Vogue Theatre in Vancouver on Saturday night.

The progressive metal band is from Raleigh, North Carolina. According to Wikipedia, the band formed in 2000, and is comprised of Tommy Giles Rogers, Jr., Paul Waggoner, Dustie Waring, Dan Briggs, and Blake Richardson.

The band’s most recent album is 2015’s Coma Ecliptic.