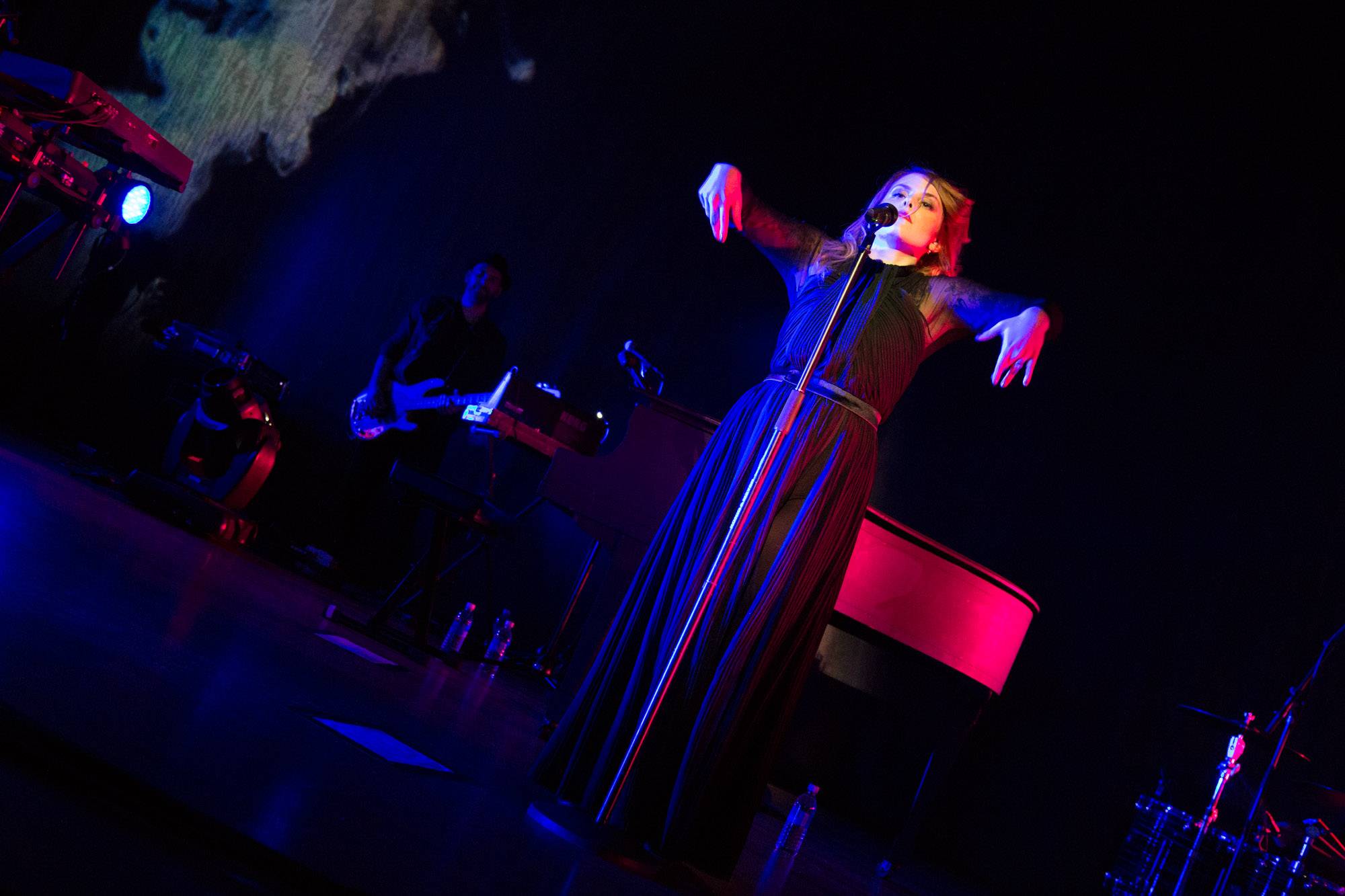 The Montreal-based artist aka BÃ©atrice Martin is on tour for her latest album, Roses.Â She released her self-titled debut albumÂ in 2008. Her second album, Blonde, came out in 2011.

At the Alix Goolden, Martin performed a mix of French and English songs, with a five-piece band, including herselfÂ on piano forÂ a number of tracks.Â She remarked that she hadn’t expectedÂ more than 20 people to come. The show was sold-out.