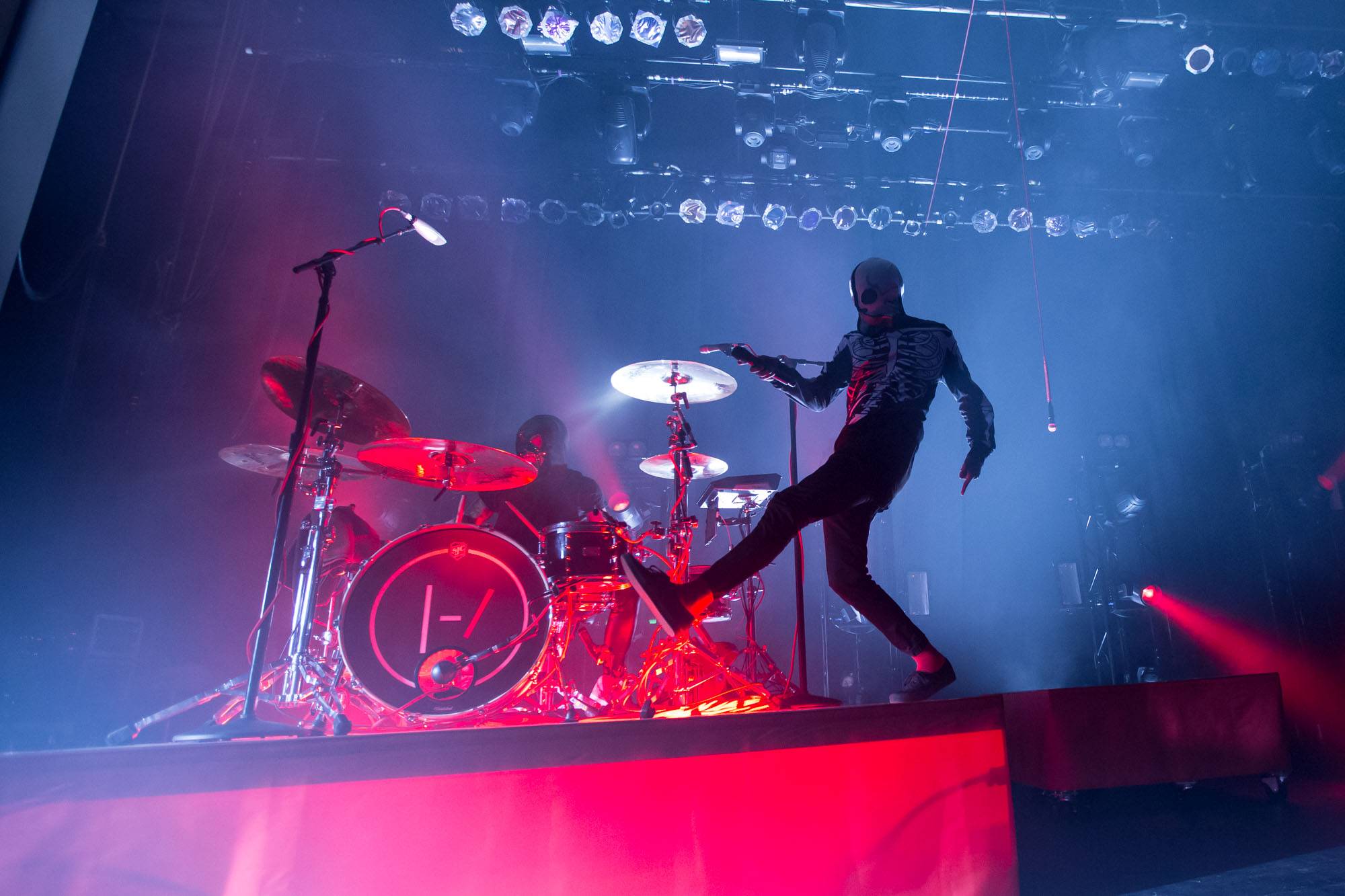 Twenty One Pilots on tour in Vancouver in support of their fourth album, Blurryface.

The band (often stylized as “twenty one pilots” or “TWENTY Ã˜NE PILÃ˜TS”, according to Wiki) is an American duo from Columbus, OhioÂ that formed in 2009.

FoundersÂ Tyler Joseph and Josh DunÂ put out two self-released albums, Twenty One Pilots in 2009 and Regional at Best in 2011, before being signed by Fueled by Ramen in 2012. They released VesselÂ on the labelÂ in 2013.