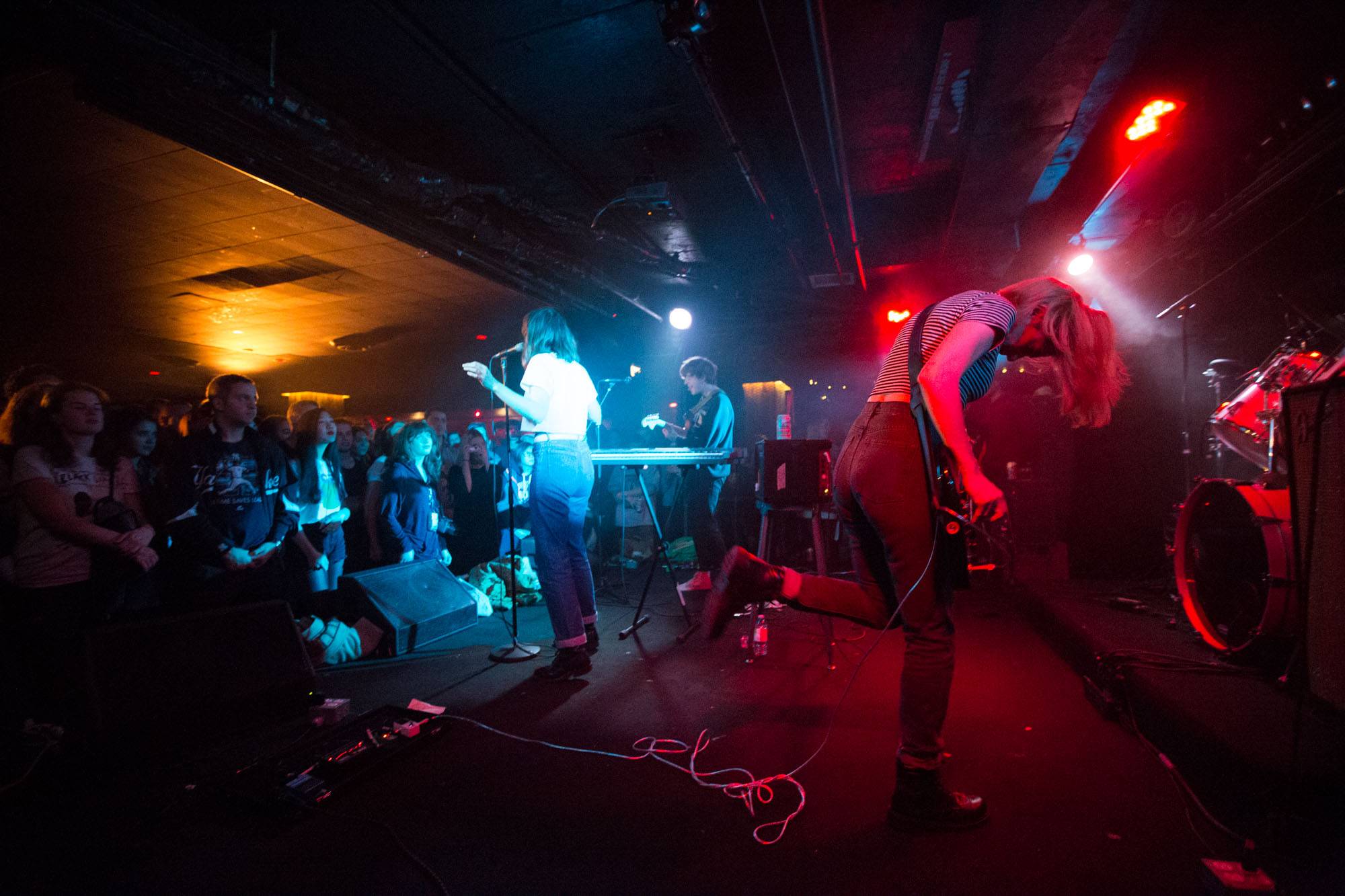 TOPS on tour for their 2014 album, Picture You Staring.

Penny, Carriere, and Gillies formed the band in 2011 following the breakup of their synthpop group Silly Kissers.

More TOPS at the Biltmore Cabaret photos (and three of opener Francesca Belcourt):