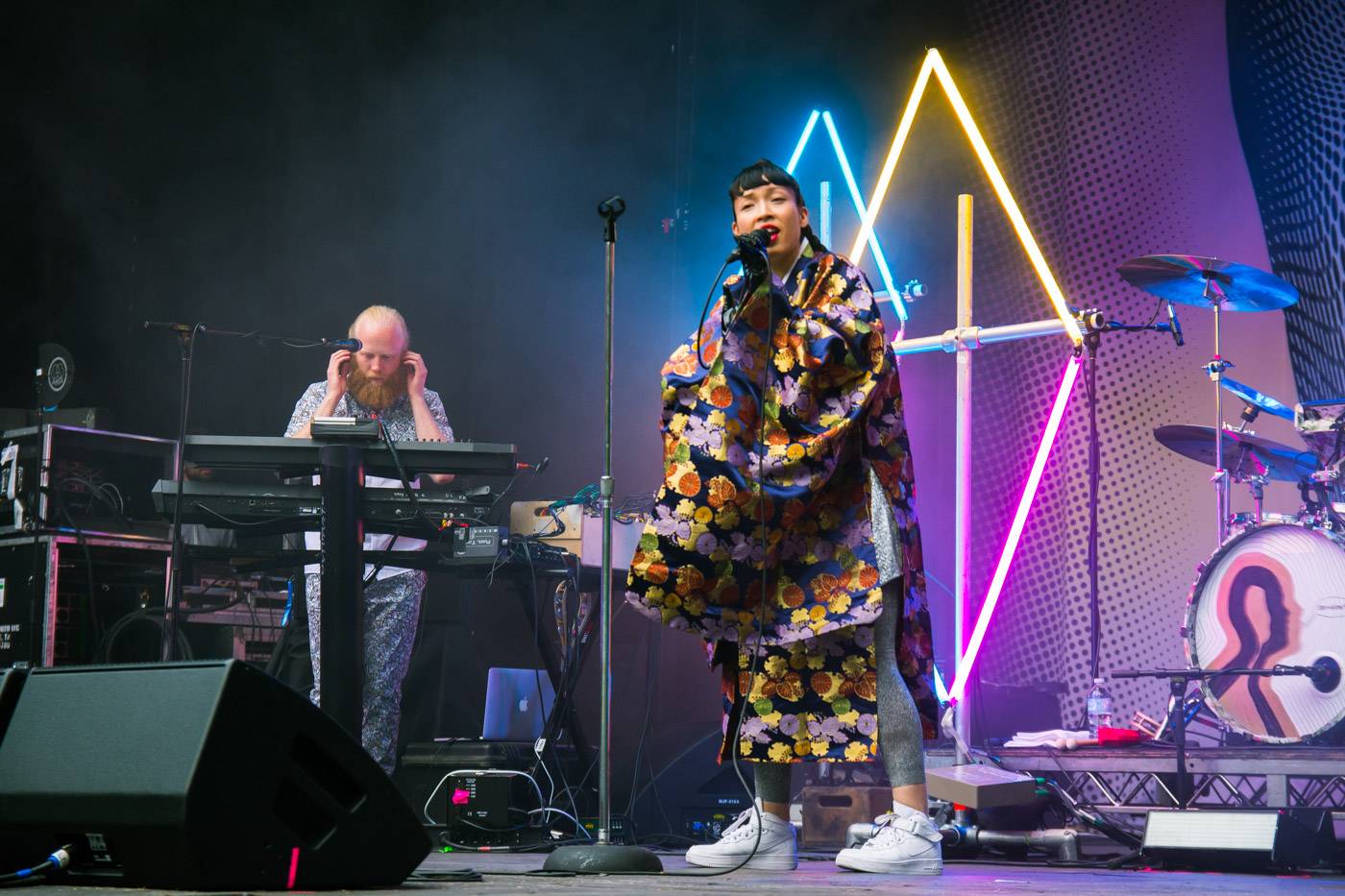 The Swedish quartet has been together since high school, and is named after the raging tantrums Nagano used to throw in the studio while they were recording. Their music is catchy and accessible, but with an experimental edge that distinguishes them from otherÂ acts that fall under the crowded “chill” or “synthpop” banners. If you imagine a slicker, catchier version of Lali Puna you are getting close. 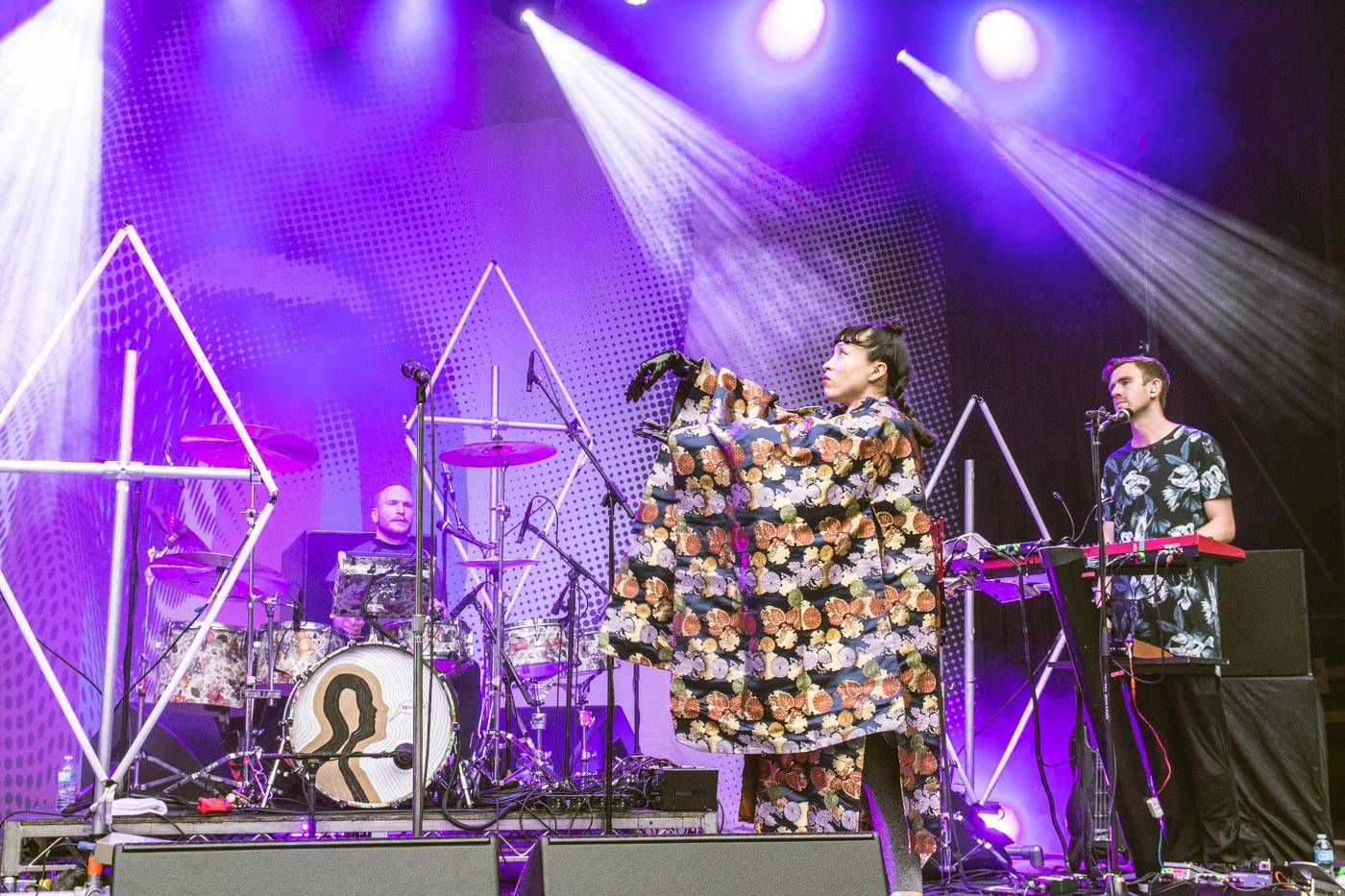 For their Malkin Bowl show in Vancouver’s Stanley Park – the band’s second show in town this year – Little DragonÂ played a lot of songs from their latest album, the Grammy-nominatedÂ Nabuma Rubberband. The set also included earlierÂ classics like “Ritual Union”, withÂ each familiar song tweaked and stretched so everything sounded fresh. Often, songs were linked together with dance-y interstitial elements, givingÂ their set the feel ofÂ one long party.

Starting off in a gorgeous kimono, Nagano twirled around the stage, showing off her awesome dance moves (it reminded me a bit of Asian pop stars, of which she is one… kinda).Â With herÂ infectious energy and amazing voice, she was definitely the nucleus of the band.

The six diamond-shaped lights arrayed across the stage was another element that added to the atmosphere. As darkness set in, the lights really got a turn to shine, adding a magic glow to the music. Everyone wasÂ thoroughly enjoying themselves, from the girls in the Little Dragon t-shirts all the way to the grizzled listenersÂ at the back of the beer garden. 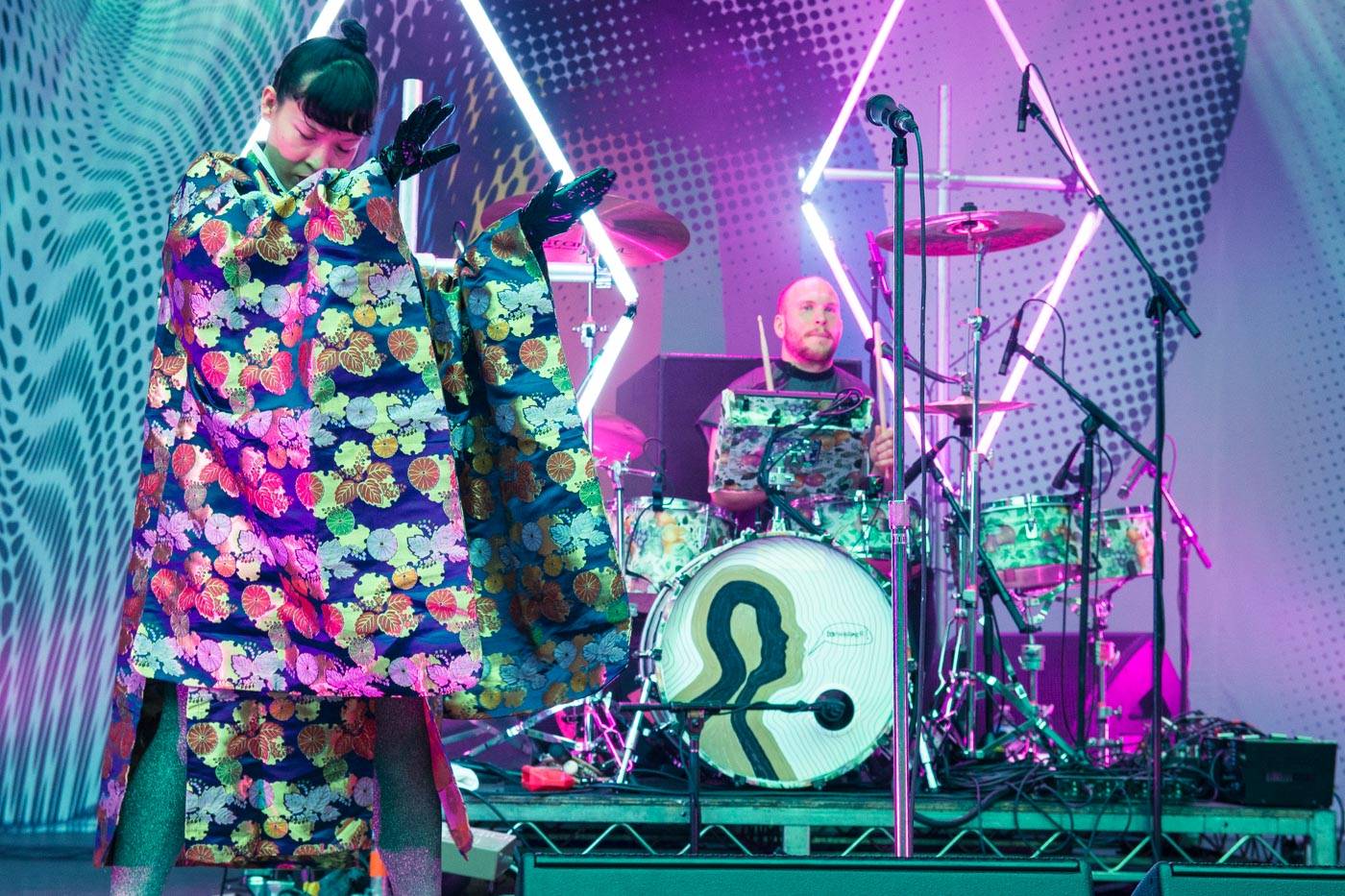 Andre Power, co-founder of LA-based collective Soulection, warmed up the crowd with a tasty selection of forward-thinking beats. Despite the cloudy weather and slight chill in the air, itÂ felt like summer had finally arrived.