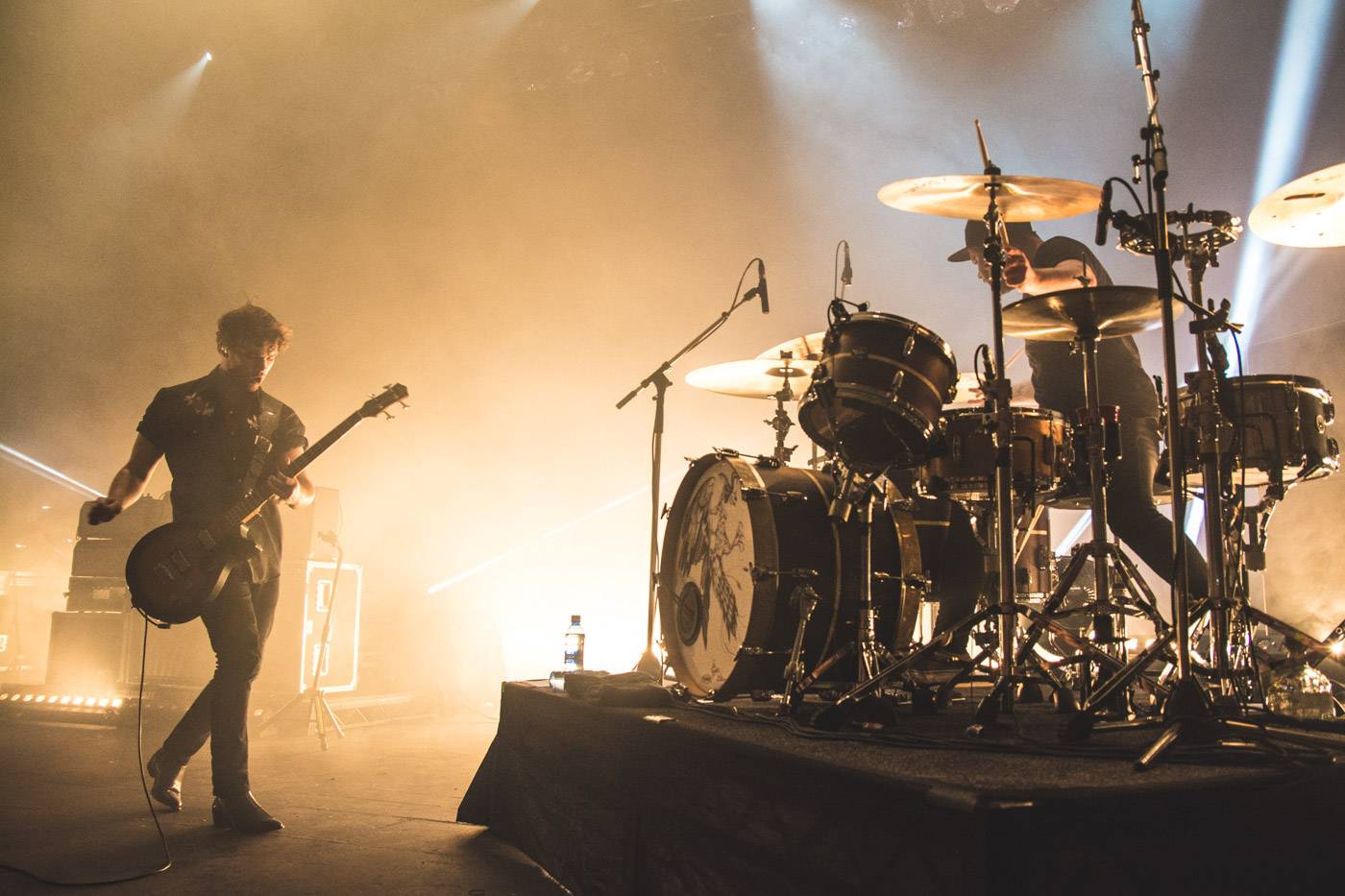 Royal Blood on tour for their debut self-titled album.

Warner Bros. released the album on Aug. 25, 2014. It was the fastest-selling British rock debut album in three years in the UK. Earlier this year, Led Zeppelin guitarist Jimmy Page presented them with the Best British Group Award at the Brit Awards in London.

The UK duo consists of lead vocalist and bass guitarist Mike Kerr and drummer Ben Thatcher. The pair are originally from West Sussex.