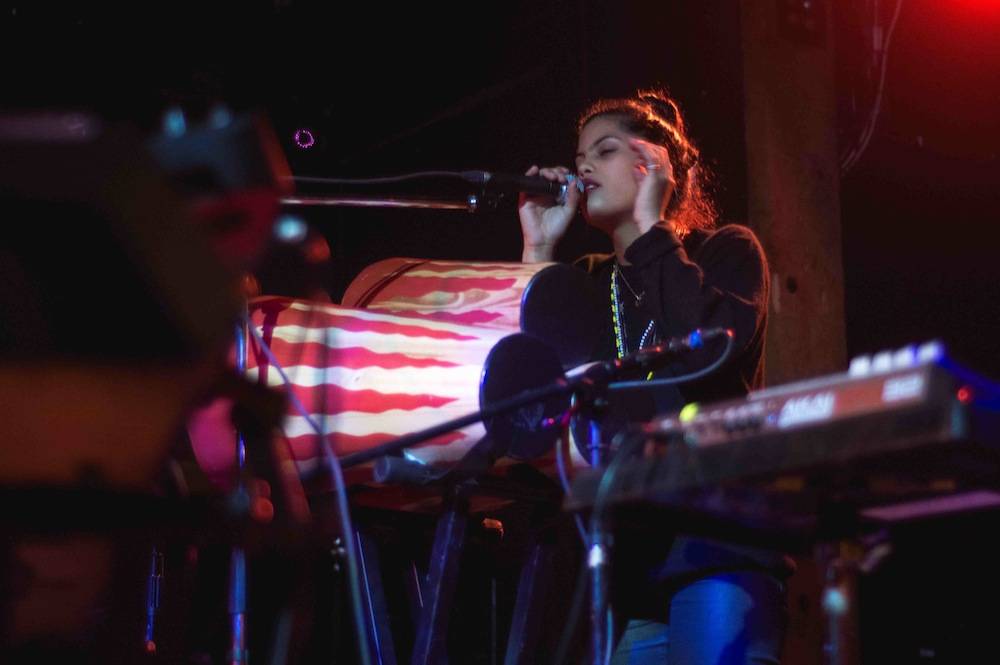 Ibeyi at Fortune Sound Club in Vancouver on Monday night.

The band consists of Lisa and Naomi Diaz, the daughters of the late Cuban percussionist Anga Diaz. Naomi plays percussive instruments, the cajon and the batas, while Lisa plays piano.

The duo released their debut album in February.

According to the press release, “Together the twins have learned the songs of their father’s culture, Yoruba.

“Yoruba travelled from West Africa to Cuba with slavery in the 1700s. The Yoruba people have the highest twinning rate in the World, and twins occupy an important position within Yoruba culture.”

Ibeyi is pronounced “ee-bey-ee” and translates as “twins” in Yoruban.

The sisters sing in English and Yoruban, and their minimalist sound merges elements of their heritage with their love of modern music as teenagers growing up in Paris. They have cited artists such as James Blake and King Krule amongst their wide range of influences.