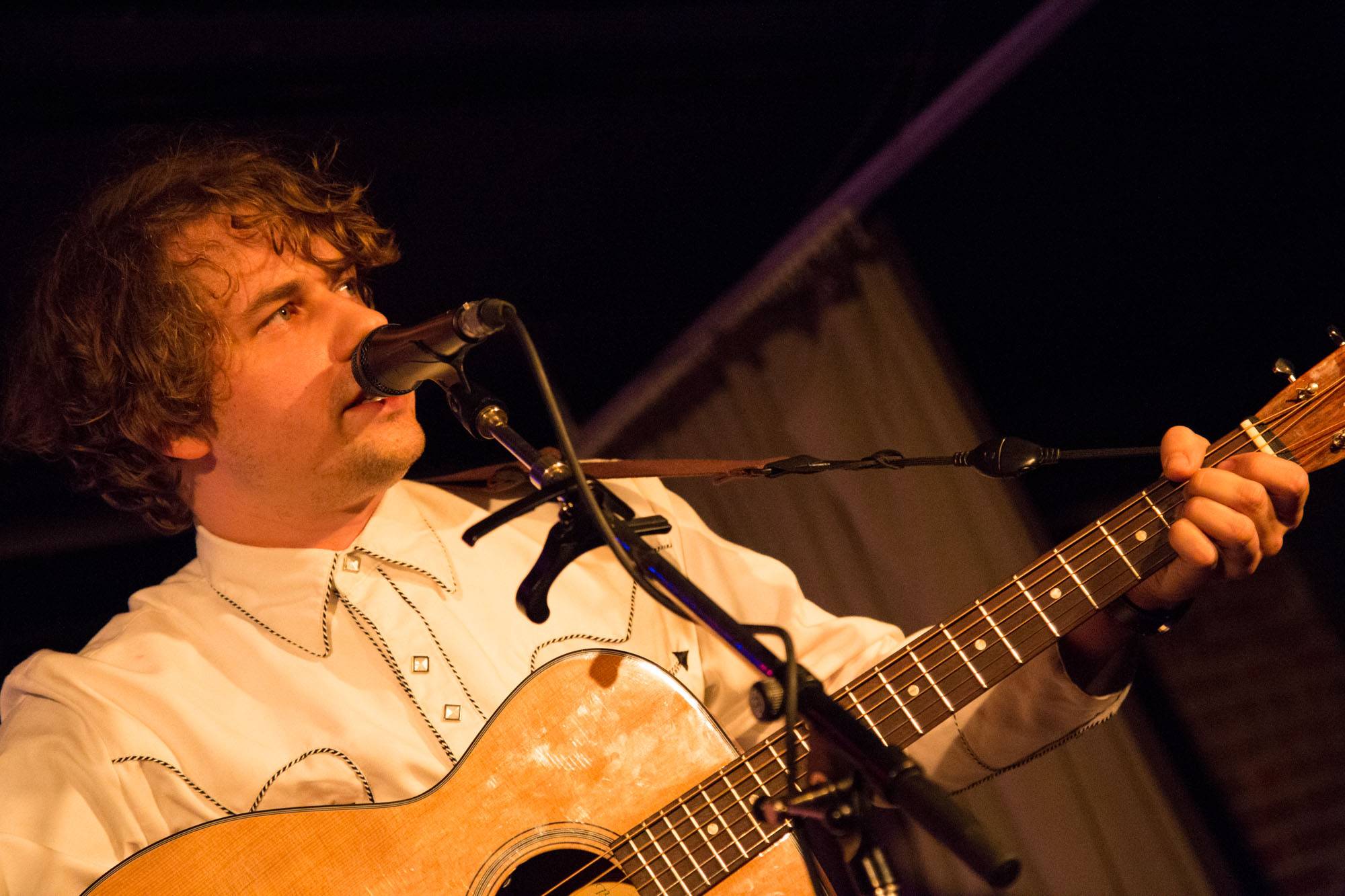 “The album reflects both this time in transit and the quiet confines of his new home in Montecito Heights. Scenes of performers, audience expectations and the paradoxical confines of a roving individual perpetually caught in a crowd percolate the songs, notably in ‘The Jester, The Tramp, The Acrobat,’ and ‘Parade’…Â Violent fates, wrestling with destiny and the nature of death creep into songs likeÂ ‘The Ballad of Arlo Jones’,Â ‘Bloodsucker’ and ‘Amen’. Even Morby’s more obvious love songs like ‘All of My Life’,Â ‘Drowning’ and ‘Our Moon’ are highly bittersweet; the characters in these songs seem to never quite find each other, but perhaps they find themselves.”