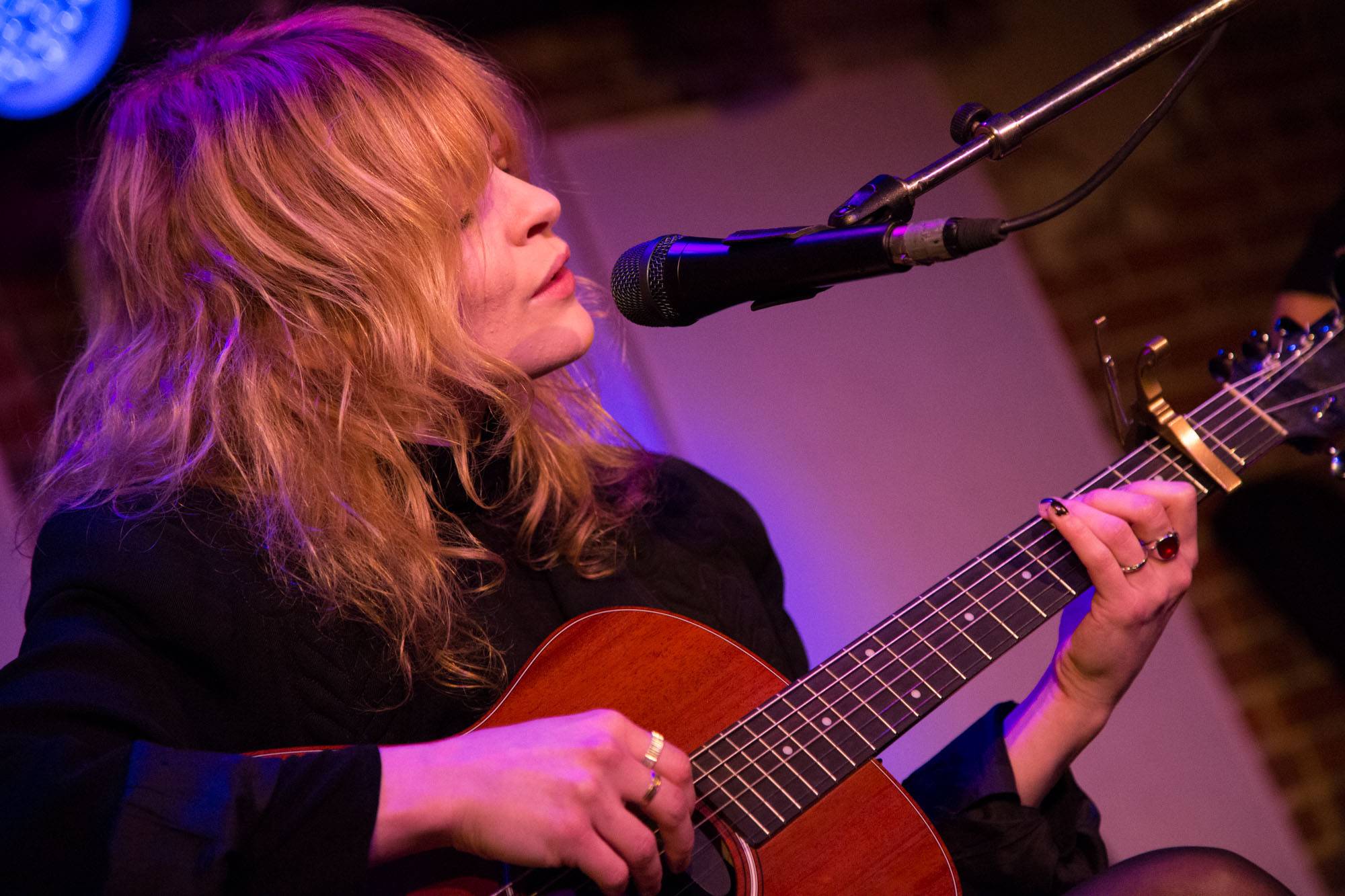 Jessica Pratt near the beginning of her 2015 West Coast tour. The singer/songwriter opened for Kevin Morby atÂ the Electric Owl in Vancouver on Saturday night.