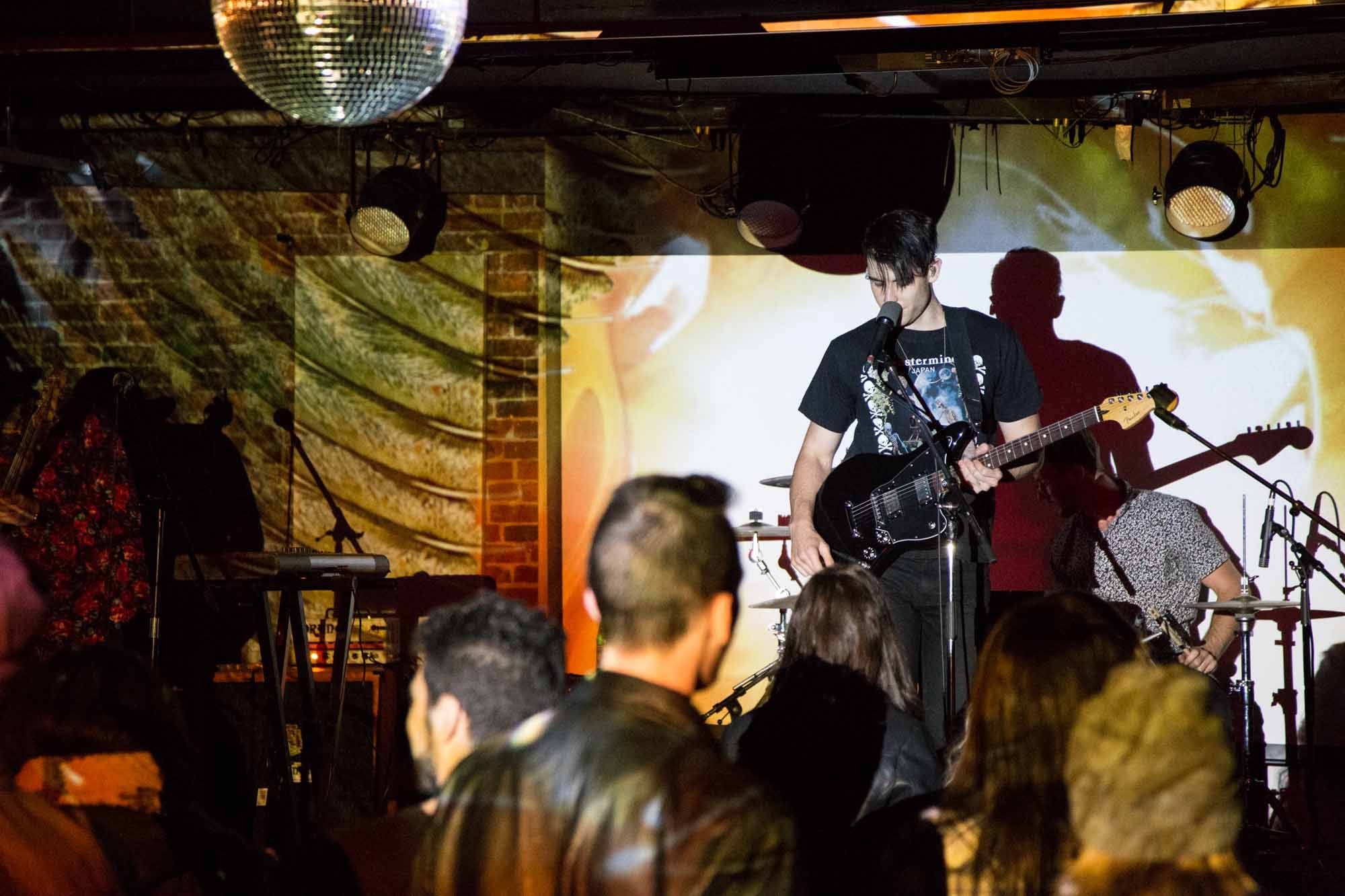 The Los Angeles band is on tour for its sophomoreÂ album, In Bardo. Spin said, “The new album combines wire-y guitar (“Get By”), slinky electronics (“Scream”), sunny grooves (“We Can’t Ever Die”), and powerful percussion (“I Want a Taste”) to gauzy, entrancing effect.”

Singles from the album include “Nobody Cares”. White Arrows wasÂ Los Angeles’ radio station Alt 98.7 Artist In Residence for the month of September.