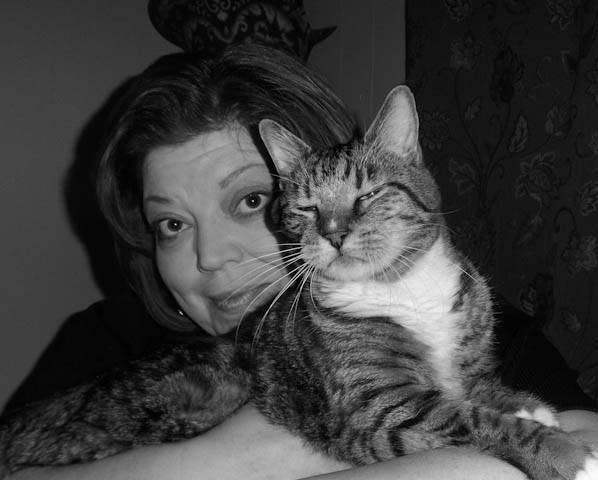 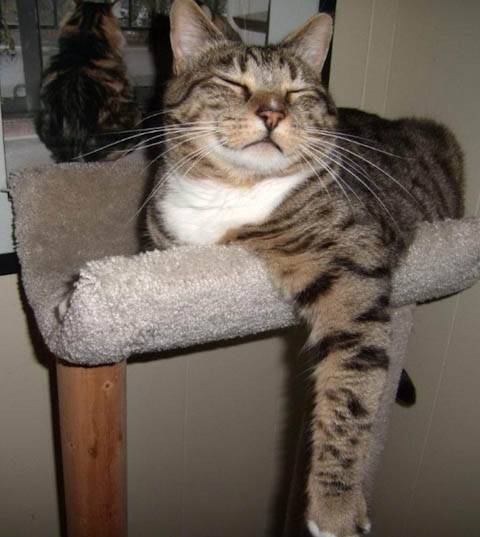 I adopted Chaz from a Petcetera store/SPCA-sponsored adoption centre in December 2001. Chaz was one year old and had been given up by whoever the people were that originally had him. Within a couple of days of adopting him, he came down with an upper respiratory infection that quickly turned into pneumonia. The vet told me to give him back to the SPCA as he was very sick and probably wouldn’t make it. I told the vet to give it his best shot in getting Chaz through. Chaz was in isolation for a week on IV fluids/medication and was hand-fed. He pulled through and looked terrible when I brought him home. The virus had also gotten into his eye (see photo), so he was called “One-eyed Jack” for awhile. He had to go back to the vet’s for minor surgery to scrape the eye clean of the infection. He survived it all (my bank account barely survived and people thought I was crazy to spend the money on a cat I hardly knew.) He has been my vocal alpha cat ever since and for the entire past 13 years has been relentlessly determined to escape from the house at any opportunity. (He doesn’t get to go outside because of the coyotes and other critters in the neighbourhood.) He does not give up when it comes to trying to get what he wants. 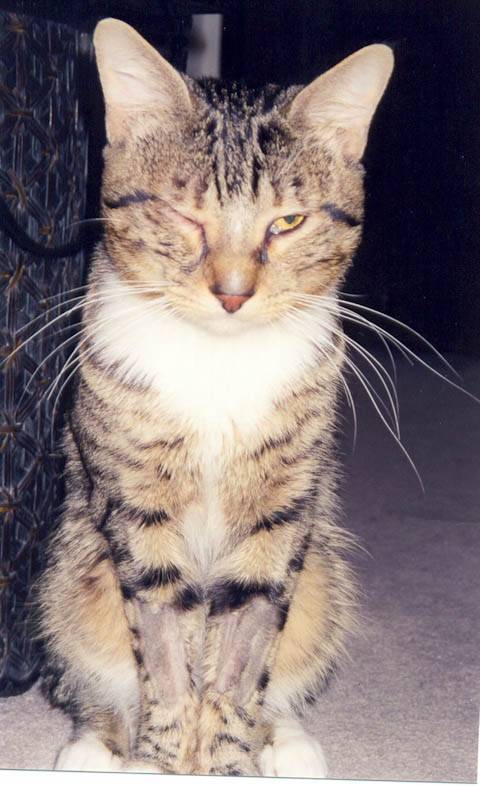 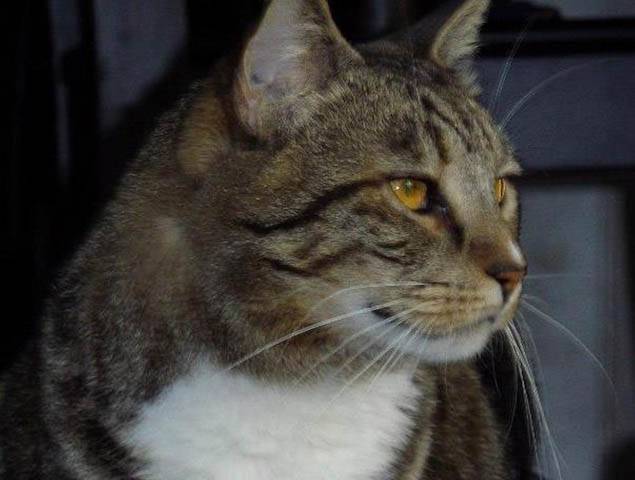 What do you think your cat’s theme song is? “I Will Survive”

Chaz last fell asleep on a pile of music charts that was on the table, right after he had been laying in the wet bathtub. (Hand-written music charts with ink. The top couple had to be re-written) 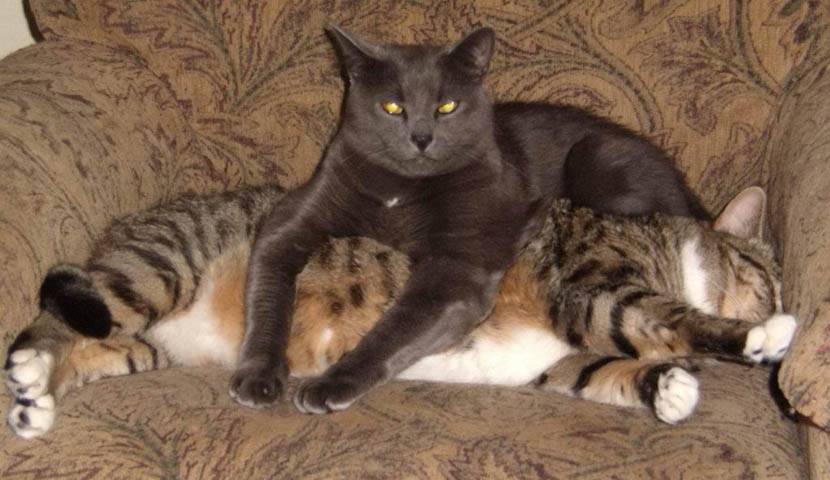 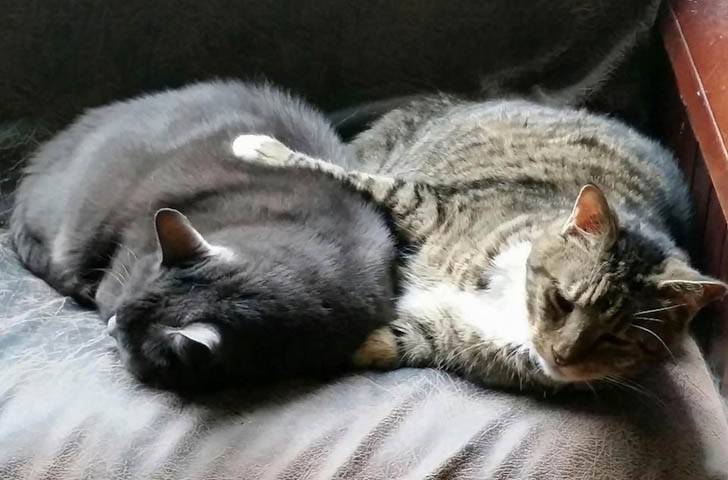 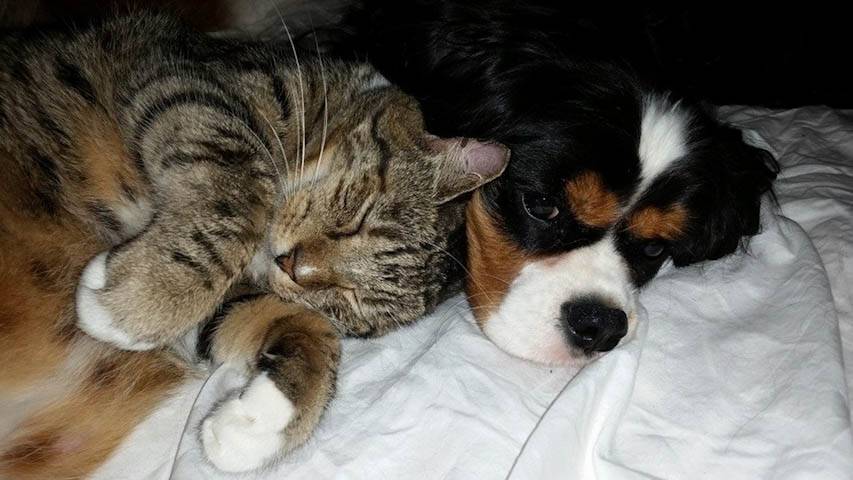 What is the last incredible feat that your feline accomplished?

The last incredible feat Chaz accomplished was two-fold. First, he was palliative caregiver to his very best buddy of 12 years, Coda the cat, who we said goodbye to about eight weeks ago due to oral cancer – Chaz wouldn’t leave his side and provided warmth and cuddles for the few weeks it took to figure out the diagnosis. Second was finding his way into Bentley the dog’s good graces as a replacement buddy after Coda was gone. He is both relentless in wanting to get outside and relentless in pursuit of a friend. 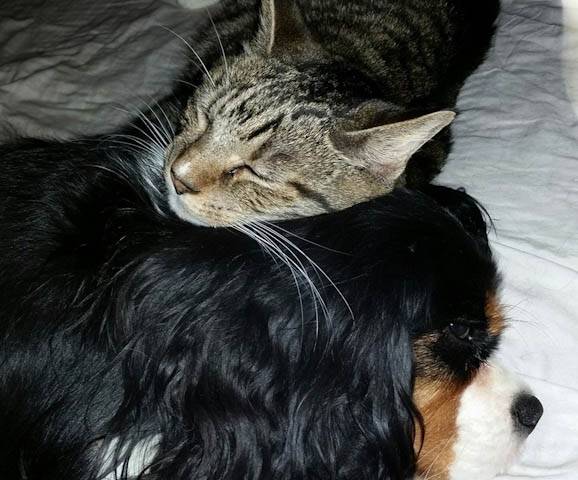 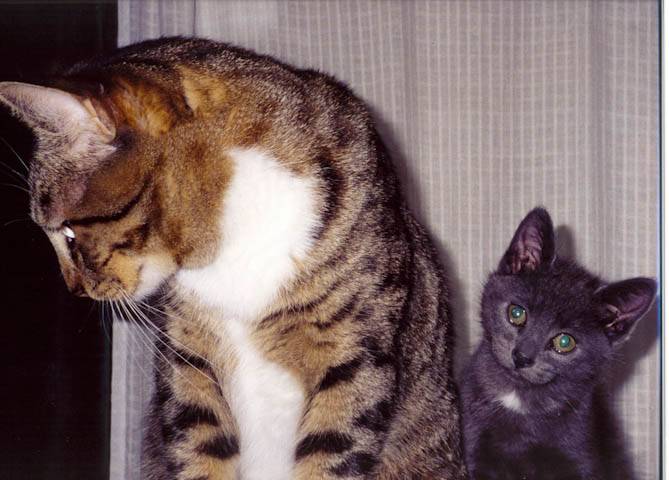 Chaz is a talk radio junkie. 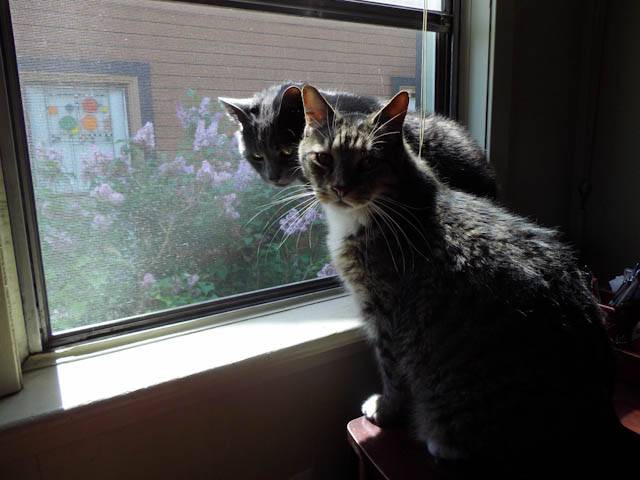