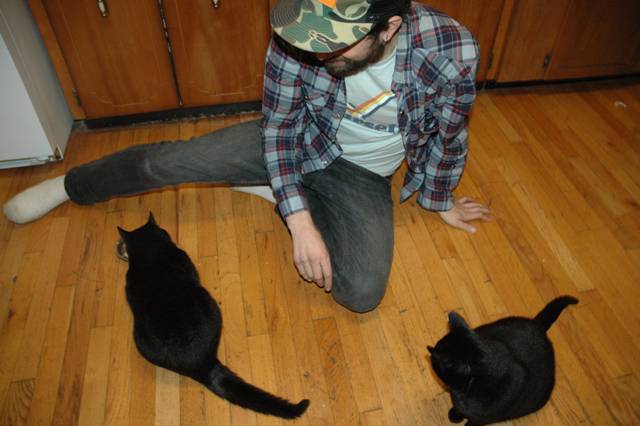 What are your cats’ names?Â Isis and Onyx.

If your cat sees a GIANT spider, what is itsÂ course of action?

Since they are both pretty old, they’re probably throwing more of a small, quiet get-together with friends. I think it would involve Roy Orbison and Buddy Holly, with some Dylan and C.C.R. thrown in there.Â Later in the night, shots of whiskey with Johnny Cash on repeat.

If you wake up in a Freaky Friday situation with your feline,Â what’s the first course of action?Â