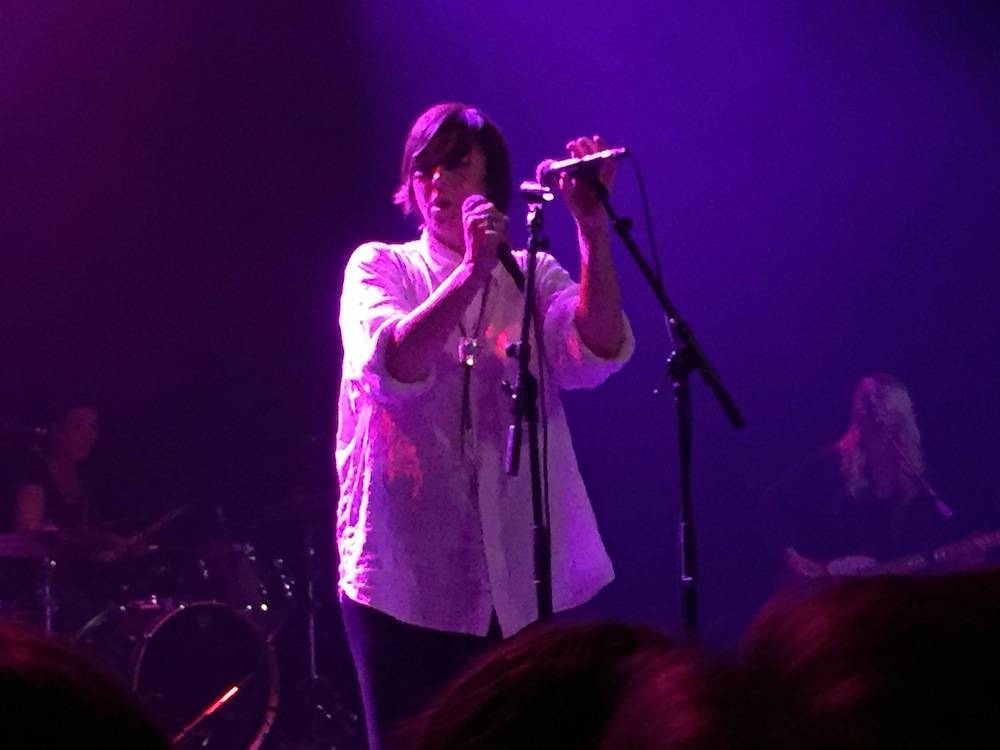 Watching Cat Power (aka Chan Marshall) at the Vogue Thursday, Oct 2Â was a complicated and at times emotionally exhausting experience.

Marshall’s notorious and masterful powers of manipulation, combined with her Jekyll-and-Hyde personality, had the audience equally as divided. The switch happened midway through an impressive two-hour-long set with the sudden declaration that she had thrown out her throat, and that she was ashamed that she wouldn’t be able to perform to perfection. At which point she could no longer contain the “violent feelings” in herÂ head and released them in part with a Tourettes-like outburst of “Fuck you!” This in-character self-hating meltdown had several fans overcome with the need to sooth and console the woman onstage with shouts of encouragement and unconditional love. Many others were exasperated or compelled with an instinct for self-preservation, and evacuated the venue before the musician finished degenerating. I for one basked in every neurotic onstage moment.

The self-confessed “perpetually tired and thirsty all the time” singer mostly recovered and shortly thereafter was left alone by her touring band, buffered only by her guitar and impeccably soulful voice. Despite her fragile state – or perhaps because of it – her solo performance was the beautifully disastrous highlight of the night. The singer strung together multiple songs into one nearly continuous melody, from “Great Expectations” (Myra Lee, 1996) to the more recent “Hate” (The Greatest, 2006) and the Rolling StonesÂ staple “(I Can’t Get No) Satisfaction”. She paused to “take five” mid-way into the introduction of her next song, then proceeded with a lyrical variation of “Fool” (You Are Free, 2003) and fumbled with her guitar during the cover of Moby Grape’s “Naked If I Want To”. “Werewolf” was lyrically tailored to the more ominous chorus of “could be me, could be you…”

MarshallÂ introduced her final song of the nightÂ as one she’d written during a summer she spent penniless in Paris while yearning for “framboises” and cigarettes. Her preamble detoured into a confessional story, spurred by an audience member’s shouted question of whether she was given the fruit (no) and if she subsequently stole it (also no). The musician then recounted her early childhood spent breaking into homes and stealing food with her older sister; her humiliation and subsequent reformation after a friend got her arrested at age 17; and her current niche theft habits involving squishy pillows and French honeysuckle vegetable soap pilfered from hotels.

The evening had started off rather benignly with Marshall’s sporadic strutting and saluting dance breaks, to an awkward fawning and pseudo-private moment whispering into guitarist/keyboardist Eric Papparazzi’s ear whilst draping herself over his back. Shirted in a men’s white button-down atop her tight black jeans, the mohawk that Marshall sported on her 2012Â tour had grown out into a boyish shag, obscuring her thick catlike eyeliner.

For the most part, Marshall puttered about onstage, sipping tea from her take-away cup as she frog-leaped her repertoire from 2006’s album title track “The Greatest” to the more recent “Cherokee” (Sun, 2012) and then back to the Lee Clayton cover “Silver Stallion” (Jukebox, 2008). For the latter, she whipped the microphone cord around in a pantomime of horseback riding. Marshall’s lead-in to “Rambling (Wo)man” was a suitably rambling story about how her grandmother’s second husband used to see Hank Williams get beat up at the bar and sing for booze.

Overall, the set-list was heavy on covers. One got the feeling thoughÂ that the soul and world-wearinessÂ crackling through Marshall’s husky vocals could imbueÂ even the happiest tune with her sadness. 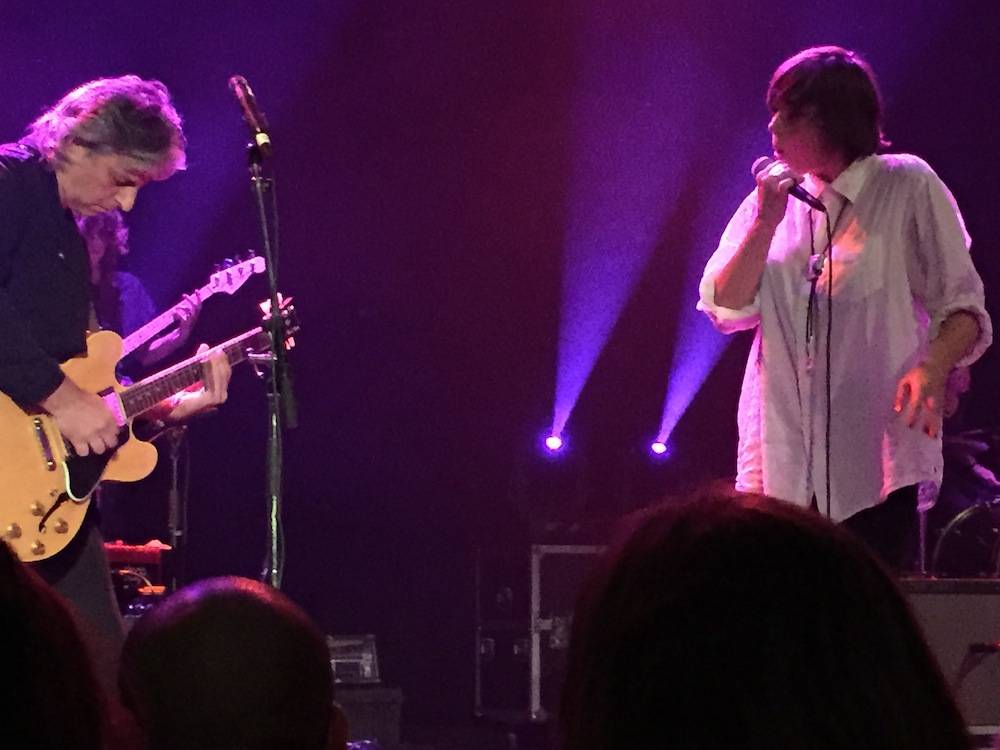 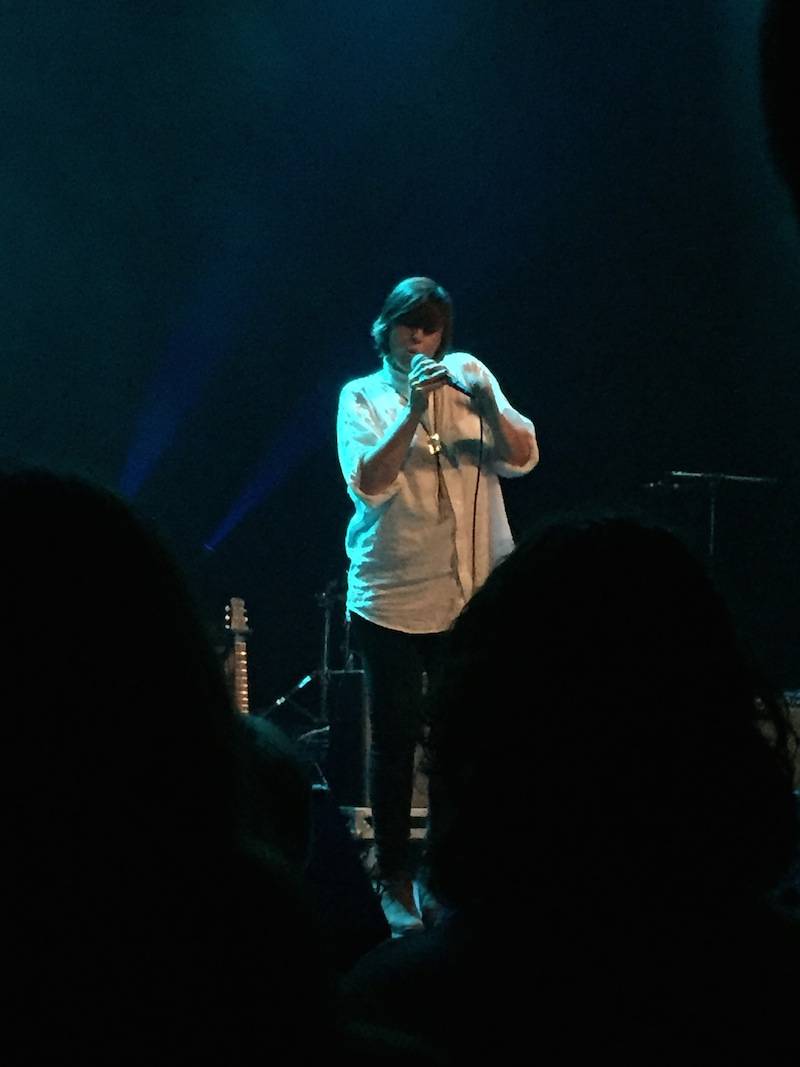