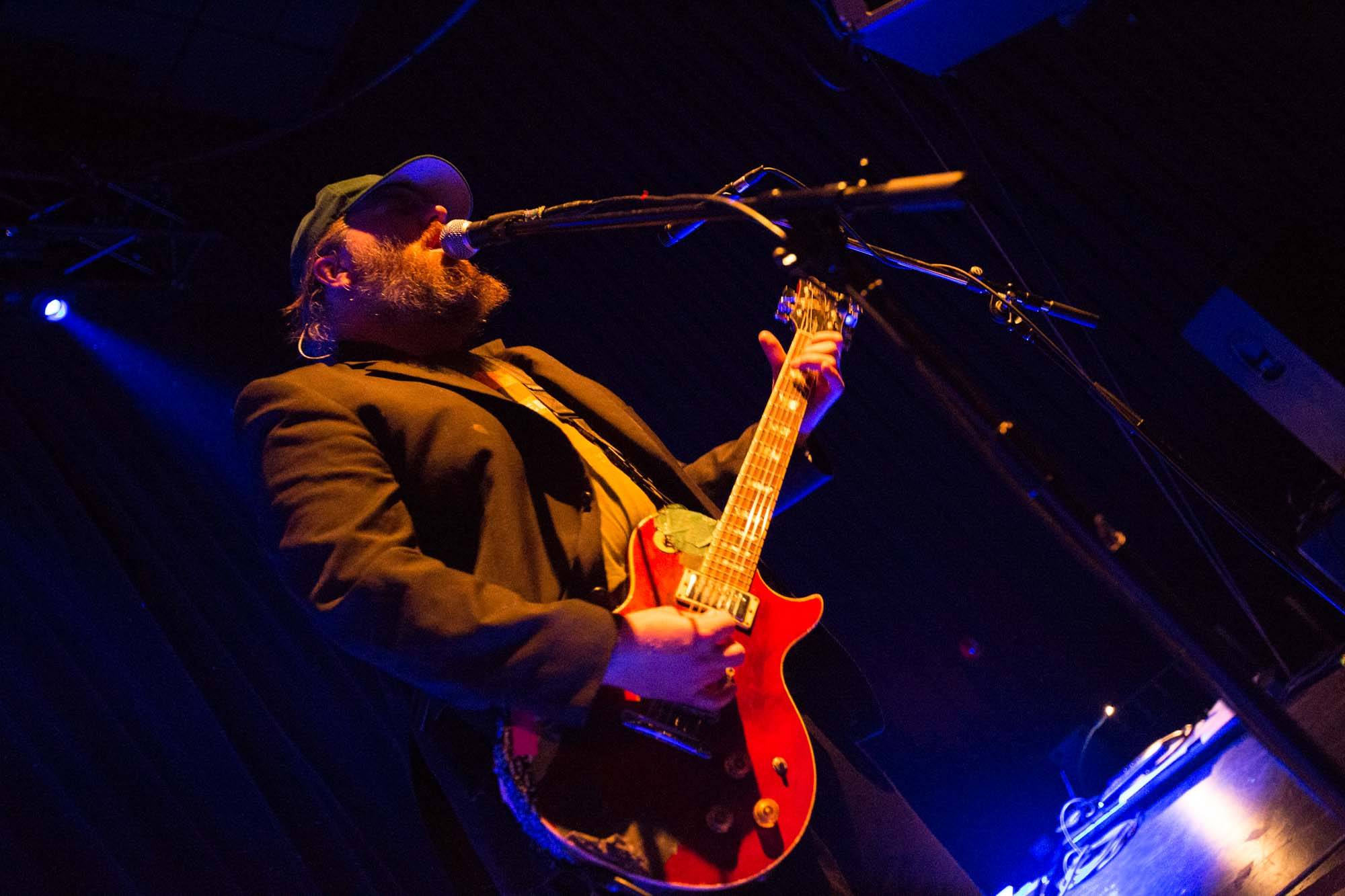 Review and photos – Pinback at the Imperial Theatre, Vancouver, Sept. 27 2014.

The year 2004 was a significant oneÂ in my life: it was the year that I graduated high school. It was also the year that San Diego indie rock band Pinback released their third album, Summer in Abaddon. In celebration of this year’s decade milestone, the band was on tour playing their pivotal album in its entirety, plus a handful of songs from EP and LP releases such as Blue Screen Life (2001) and This is a Pinback CD (1999), and Autumn of the Seraphs (2007).

The two band mainstays, singer/guitarist Rob Crow and singer/keyboardist/bassist Zach Smith, had seemingly unburied their sound and stage outfits from a time capsule. Or, in Crow’s case at least, from the bottom of 10 years worth of dirty laundry. The musician donned a visibly stained black blazer over his t-shirt and shorts. What portion of his face that wasn’t obscured by facial hair was shielded by his baseball cap. His vocals were equally preserved, containing the boyish angst of youth in odd contrast to the bearded, disheveled middle-aged man on stage. Smith occasionally moved to sit at his keyboard for numbers “This Red Book” and “June,” which gave me a brief jolt back to my own teenage malaise soundtrack, Weezer‘s Pinkerton. The stage dynamic was at its best when he was showcasing his skills on the bass for bass-driven numbers like “This Red Book”.Â Chris Prescott drummed casually along.

For at least a few attendees of the band’s Vancouver show at the Imperial last weekend, the sounds were a trigger for coming-of-age memories. For the two peppy female fans dancing and audibly gushing and reminiscing beside me, Pinback was the soundtrack to at least one bygone mushroom trip. During the fourth number, “Blood on Fire”, two hot-blooded fans were moved to a make-out session (not the only one throughout the night).

Although I am not in denial of my own formative emo stage, Pinback was never on my radar. Probably it was this lack of emotional connection that prevented me from truly enjoying their performance. Or maybe it was the prevalence of high school clichÃ©s that brought out an overshadowing cynicism in me – like obnoxious boys and paper airplanes. The latter (likely thrown by the former) served as stage projectiles carrying audience requests that were met with alternately dour, bemused and indifferent expressions by theÂ three musicians.

Despite the accumulation of paper planes and increasing hollers for requests, the audience were gracious and understanding of Pinback’s unwillingness to touch certain songs, according to another overheard conversation from my swaying, fawning neighbors. When they were humored, fans weren’t shy to hide their appreciation, the most exuberant pogoing and shouting their thanks. Smith was the only band member who couldn’t resist cracking a smile or laugh at the displays of fandom, or who had any real interaction with the audience.