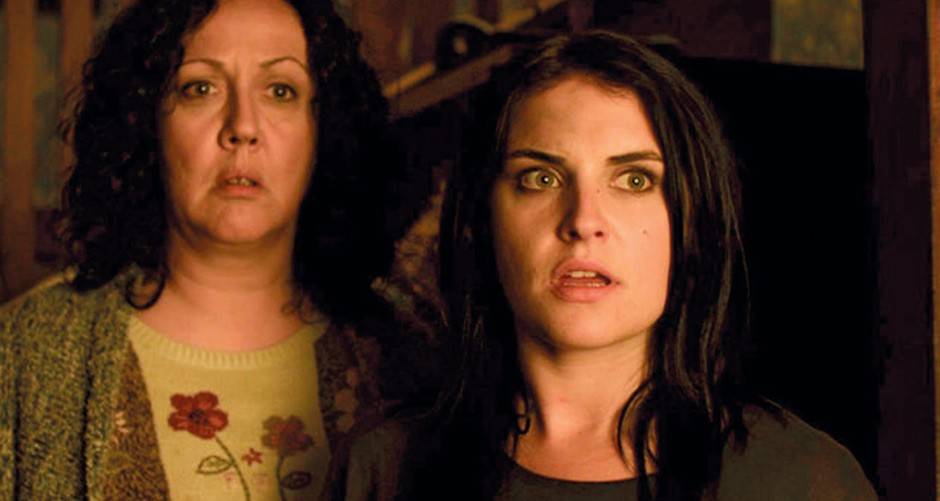 If so, you’ll love Housebound. The 2013 movie, writer/director Gerard Johnstone‘s feature film debut, is showing with this year’s Vancouver International Film Festival. It’s won rave reviewers for the performances of its leads, including Morgana O’Reilly as Kylie, a small-time criminal sentenced to house arrest. Tension mounts as things start to go bump in the night, lights go on and off at random, Kylie’s mom (Rima Te Wiata) seems increasingly unhinged and even the next-door neighbour starts looking like he might have a few skeletons in his tool-shed. But the film also has a healthy sense of humour. So when things look darkest, there’s usually a laugh lurking around the corner, too.

We don’t want to say any more – half the fun is knowing as little about Housebound as possible. So why don’t we just get this ticket contesting underway?

There are two ways you can enter to win.

The movie screening is at the Rio Theatre (1660 W. Broadway) at 11:30 p.m. We’ll drawÂ the names of five random winners at noon on Thursday, Oct. 2Â andÂ email and/or direct message them shortly after, and post the names here as well.

8 responses to “Win tickets to New Zealand fright flick Housebound at the VIFF!”