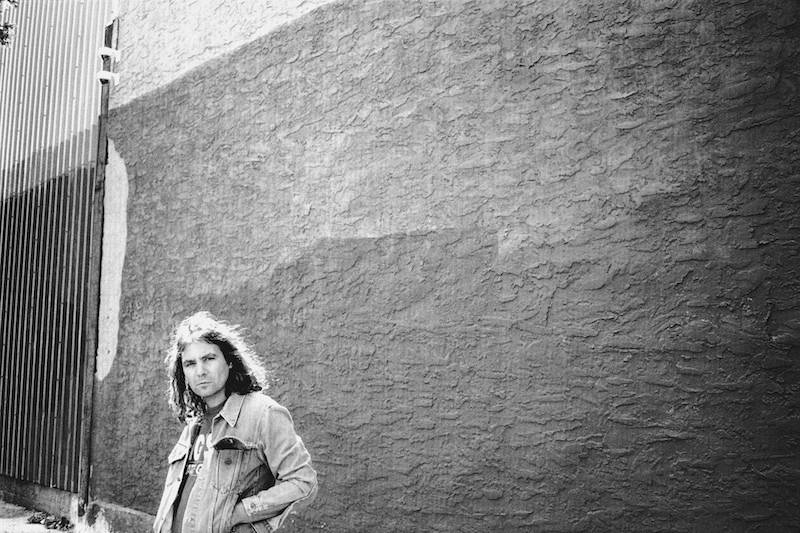 Review – The War on Drugs at the Rickshaw Theatre, Vancouver, July 29 2014

The line of show-goers was still being fed through the Rickshaw doors whenÂ The War On DrugsÂ started their set shortly after 10 p.m. Tuesday. The Philadelphia band last toured through VancouverÂ exactly four months ago to the day, when they played to another sold-out crowd at the Biltmore Cabaret, shortly after March’s worldwide release ofÂ Lost in theÂ Dream.Â The War on Drugs doubtless has one of the most impressive touring schedules that I have seen, as their website indicated a full calendar through the end of 2014. Clearly, their hasty to Vancouver return was warranted, as they managed to sell out a venue nearly three times the capacity, and overflow their demand to a second consecutive performance on Wednesday. Such staunch fans deserved equal reciprocation from a live performance, and singer/guitaristÂ Adam GranducielÂ made it clear he would settle for no less.

Early in theÂ set, Granduciel passive-aggressively prompted the sound engineers to remedy a non-functioning amp by asking the rapt, hot crowd, “You paid for this show, right?” Although languid in performance, the band was dense in sound and emotion. The lush dreamscapes comprising their latest release were achieved live by six musicians in total; harmonica, keyboards, synths, saxophone, and trumpet tookÂ the basic lineup of guitars, bass and drums to the next plane. TheÂ set was heavy onÂ newer material, as well as a few older songs, like “Buenos Aires Beach” off 2008’sÂ Wagonwheel Blues.

Granduciel played hunched over his guitar, face most often obscured by a frizzy humidified mop of hair, hisÂ plaid flannel shirtsleeves were rolled up to expose muscular forearm which seemed the catalyst of his rock power. His voice too exuded the effortlessness of a well-used muscle, with remnants ofÂ Bob Dylan’s lilt andÂ Bryan Adams’ hoarse croon. Whether you revel in the winding, long psychedelic digressions of songs like “In Reverse” or simply want to rock out, The War On Drugs has the solid but inoffensive sound that can appeal to fans of both, and potentially fill a stadium. It was easily evidenced by one sweep of the crowd – from my positioning near the front, I was in sweaty proximity of a middle-aged couple, a group of barely-legal bopping drunk girls, and more than a handful of hipster musicians.

There are numerous ways of elevating a rockÂ ‘n’Â roll experience. For the first of The War On Drugs’ two sold-out Rickshaw appearances,Â most of the crowd was not against exploring this theory, according to the fresh PBR varnish and telltale plumes of smoke emanating from the audience. The oft-replenished haze of fog and fiery lights added extra, unneeded heat. Inebriated, stoned or otherwise, there was a communal element of intoxication induced by the sweat-lodge-like atmosphere created by the orgy of bodies packed into the venue. Pores were opened and receptive, minds elucidated in preparation of complete aural absorption of the music. Whatever your motivation for being in attendance, The War On Drugs played a crowd-pleasing show with that visceral element that can only be achieved shoulder-to-sweat-slicked-shoulder with hundreds of your musical peers.