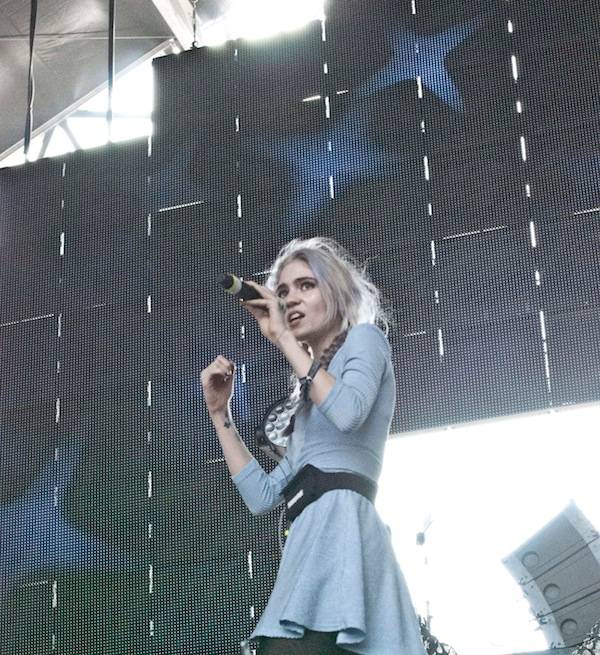 Walking to the Pemby Fest 2014 campsite on Friday, festival-goers are greeted by a multicolour tent city stretchingÂ as far as the eye can see. This festival campground is far more organized than I’m used to: a grid system marked by the names of provinces, with plenty of lights strung high to guide the way. Getting in was surprisingly easy. I hadn’t picked up my media credentials yet and was able to walk right in with not so much as a second glance. Others received a casual pat down and the only thing security seemed concerned over was glass bottles. Hopefully this lackadaisical approach didn’t contribute to the suspicious death in Founders Camp last night that is currently under investigation.

But on a brighter note, the day began in high spirits and with raging energy. Perfect festival weather, warm and breezy, sky overcast with peeks of sun. The people here are beautiful, friendly and down for a good time. Blondie set the tone with fierce vocals by Debbie Harry on the Whistler Stage. After having set music, fashion and art trends for over four decades, the iconic New York band’sÂ longevityÂ is undeniable. The music and styling were on point, complete with crowd-favourite classics and new tracks off of Ghosts of Download, the band’sÂ most recent release.

FiveÂ minutes away,Â on theÂ Mt. Currie Stage, Tyler the Creator was performing. Tyler’s shows are raw, aggro and filled with thrashing moshers.Â Tyler himself is cocky and candid on stage:Â “I know my name is Tyler, guys, you don’t have to yell it at meÂ -Â it makes me nervous.” At one point he brought a caped raver from the crowd on stage. This guy was quickly escorted off, however, as itÂ was clear Tyler enjoys the spotlight to himself.

The part ofÂ Grimes’ set I sawÂ was a real treat. It’s next to impossible to not groove your hips to the former Vancouverite’sÂ quirky, sexy style. Claire Boucher’s loyal fan base sang along and danced to every track, many culled from her 2012 breakout album Visions.

Empire of the Sun provided a futuristic sci-fi set complete with iridescent bodysuits and gold headpieces reminiscentÂ of Mugatu in the movie Zoolander. “We are the people who rule the world” had the crowd jumping on their feet followed by a psychedelic shower of white confetti blasted from the stage.

The night for me would not have been complete without the powerful performance by Compton native Kendrick Lamar. Starting a cool 50 minutes past set time, it almost looked like he wasn’t going to showÂ upÂ as the antsyÂ crowd chantedÂ his name. But when he finally did appear, all that mattered were his wise lyrics and personal delivery. The track “Money Trees” set the tone for the set, with the crowd hanging onÂ every word and shouting back forÂ lots of call-and-response. Lamar’s most endearing quality, though, has got to be his truly humble personality: “It’s been three years since the release of Good Kid, M.A.A.D City, and the fact that I can come up here in front of y’all and sing it like it was yesterday is my life’s blessing.” 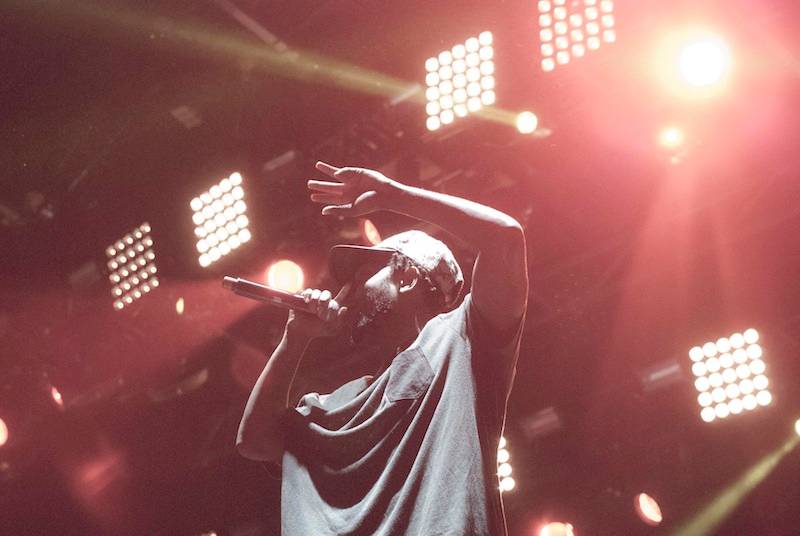 The third full day (Saturday) of theÂ festivalÂ is set to carry on the wave of energy garnered Friday, with sets coming up from The Tontons, Brooklyn-based post-punk TV on the Radio, hip-hop-maven-turned-rasta Snoop Dogg, The Flaming Lips, Deadmau5, as well as the New Pornographers and Girl Talk.