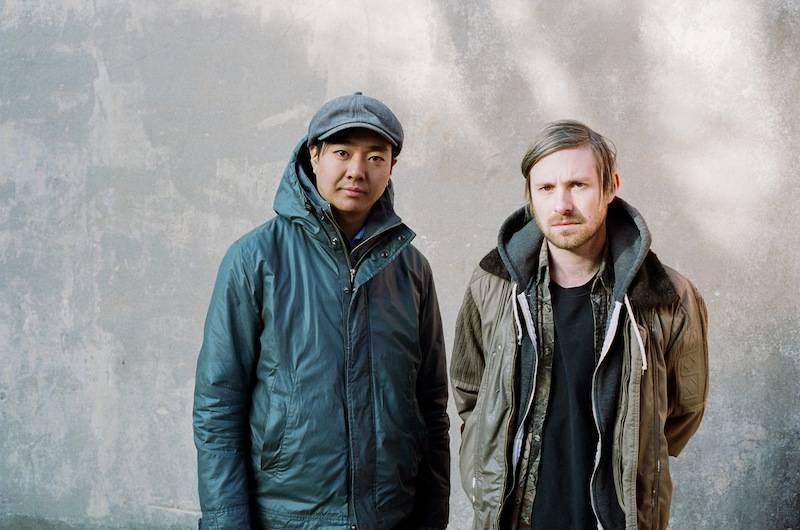 Going to a live show is a risk, and sometimes the most thrilling musical discoveries are made through the concert experience. It was with thisÂ open-minded and optimisticÂ attitude that I ventured out to seeÂ Fuck ButtonsÂ play the final tour stop of their North American tour at Fortune Sound ClubÂ on Thursday night. With a band name that bridges playful and derogatory, it was difficult to make any assumptions about what their live show would have in store. What exactly is a “fuck button”, and what happens when it is pushed?

A quick scan of the front row made it clear that the British duo’s experimental electronic button-pushing could have many different results. Ravers twitched and bounced at accelerated speeds with theÂ up-tempo beats, or writhed and swayed with the droning bass. Hipsters nodded or two-stepped. Stoners stared, mesmerized by the trippy video projections and stunned by the occasional seizure-inducing lighting. Alternately danceable, hypnotic and raging, Fuck Buttons had everyone in attendance at the mercy of their mad experimental whims.

From behind respective electronic set-ups, the duo of Andrew HungÂ andÂ Benjamin John PowerÂ faced off from opposite sides of the stage. For the majority of the set their silhouettes were projected onto a screen backdrop above them. Every nuance – nose scratch and sip of beer included – was displayed layered on top of a series of images ranging from epic landscapes, neon kaleidoscopes, television static and other abstract patterns. This literal insertion of themselves into their imagery gave their electronic noise its base and somewhat humorous human element. Intermittent horrific faces and scantily clad dancing babes also made appearances for a couple of songs – more evidence of the diverse reach and interpretation of their music.

At first, it was difficult to tell whether the two musicians were hyper-aware and self-conscious or blasÃ© about their likenesses hovering over them. Probably they were just a bit slow warming up. Although neither’s look of serious concentration waned, the pair visibly became more at ease as they got deeper into their set. Hung especially loosened up and threw his entire body into the music, head-banging and grinding along to the heavier numbers. Power stepped out from behind his array of dials and mixers for their second song to bang out a drum line that was part tribal and part marching-band-inspired. For their encore, he demonstrated his musical skills on a plastic Fisher Price karaoke machine. Power yelled his vocals with the child-size microphone thrust into his mouth and held between his teeth. Although he is clearly well beyond the appropriate age recommendation for said toy, the way he was using it could very well have been a potential choking hazard. He survived, though, to push a button another day.