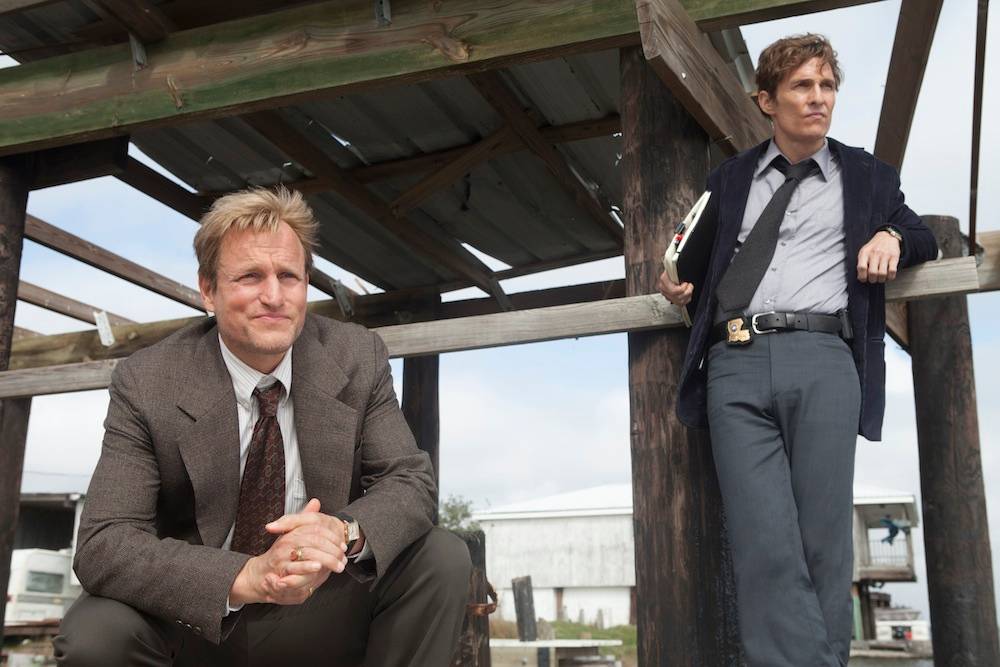 Review – Season One of True Detective on Blu-Ray

“Time is a flat circle,” is one such Colhe-ism that also serves as a coda for True Detective itself. The statement is equal parts Nietzschian philosophy and Lovecraftian horror and, as Cohle explains, means that we’re all stuck in a time loop where everything we’ve ever done or will do, we’ll do over and over again.

The theory perfectly encapsulates the show’s stark tone and its two broken and philosophically opposed ex-cops – McConaughey’s Cohle and Woody Harrelson’s Marty Hart – as they reunite in 2012 to revisit a gothic, super-strange crime they caught in the mid-90s. True Detective’s first season was only eight episodes, but it spanned 17 years -Â and maybe even delved into dark dimensions, depending on which Internet message board theories you subscribe to.

When itÂ ended, I was fine with letting go of it and making my way through the other shows clogging my DVR. But then last week, I opened my front door and found a mysterious police evidence box with “Yellow King?” written in a Sharpie across the top. 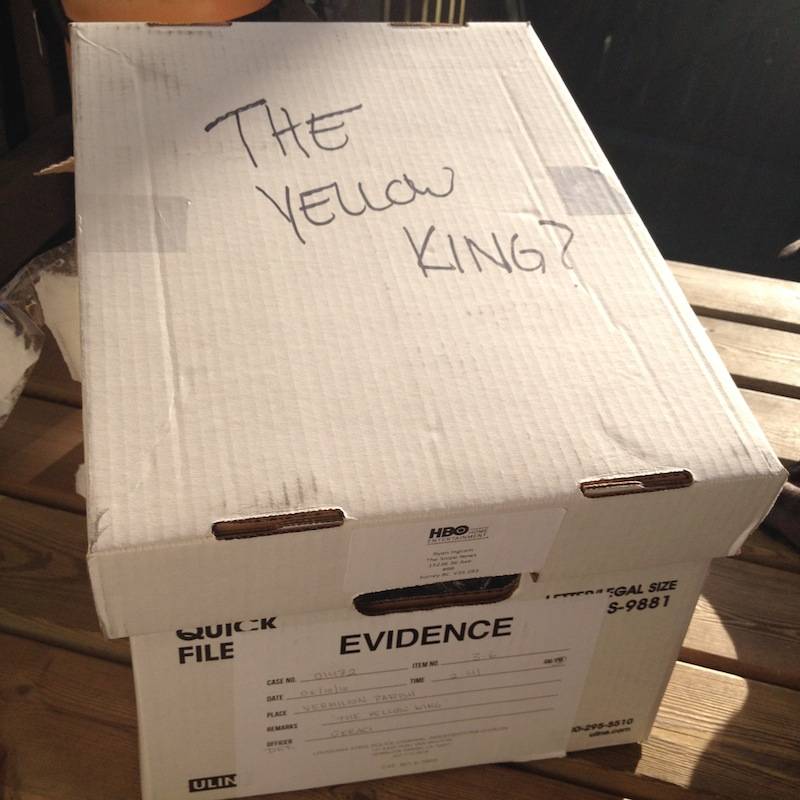 Investigating the contents of the box, I foundÂ a police sketch of the show’s so-called “spaghetti monster,” a paperback copy of Robert Chambers’ 1895 short-story collectionÂ The King in Yellow, a bundle of sticks, crime scene photos – all ephemeraÂ referencingÂ the show -Â as well as a Blu-ray for Season One. I was in Carcosa again and I realized how right Cohle was: Time is a flat circle. And you can put these flat circles in your Blu-ray player.

I spent a dark day reliving the show and its detectives bumping against a spiritual void, as well as some very real monsters. From its haunting opening credits to its ethereal (and slightly thematically puzzling) ending, showrunner/writer Nic Pizzolatto’s and series director Cary Fukunaga’s take on the backwoods bayous of Louisiana is still simultaneously beautiful and horrifying, and totally captivating.

Every scene Harrelson and McConaughey share is still just as great as their respective hairpieces. The show’s buddy-cop relationship is unique for TV because it spans so much physical and emotional time in only eight episodes. The show really hits it stride in its final episodes with the two men as faded, sadder version of their macho, younger ‘90s selves.

The Blu-ray isn’t loaded with extra content, but there’s enough to dig into for those that have scoured every remaining message board mention of Carcosa. There are quick behind-the-scenes mini-videos for each episode, but only two full-length commentaries, both featuring Pizzolattto and T-Bone Burnett, who handles TD’s tunes.

The music was an integral element of the series, and Burnett is given lots of time to discuss his “sideways” approach to scoring and setting music to the show, opting out of a cultural and historic representation of Louisiana’s music scene. (Because that’s what TremeÂ is for.)

Burnett talks about just a few of his many, many fantastic song selections that ran throughout the show, including his decision to use KRS-One’s “Illegal Business” at a strip club as part of his intent to create a “psychosphere” of gothic Louisiana.

One of the meatiest lines of conversation between Burnett and Pizzolatto is on a featurette where they discuss the heroism of Rust and Marty, and it how ties into the show’s cosmic ending, where the two reflect on the light and dark of the universe. It’s still not an ending that rings tonally true to me. Marty and Cohle took down some monsters and did some brave things, but even on a re-watch, they still seem like dark-souled characters that seemed to revel in doing bad things.

Regardless, Pizzolatto’s take on the characters is interesting, as is his explanation of some of the show’s underlying themes – especially when he dishes out one-liners like “Nietzsche’s idea of eternal recurrence, coupled with quantum cosmology, suggests a superstructure to the multiverse.”

On Cohle’s last monologue – the “time is a flat circle” one – Pizzolatto gets right into m-brane theory, too, explaining that an observer from a higher dimension can view our dimension – and see time and our lives as a flat circle – and that Rust is essentially complaining about being a television character, forced to live out his life with each spin of the disc.

True Detective: Season One is out now on Blu-ray and DVD. 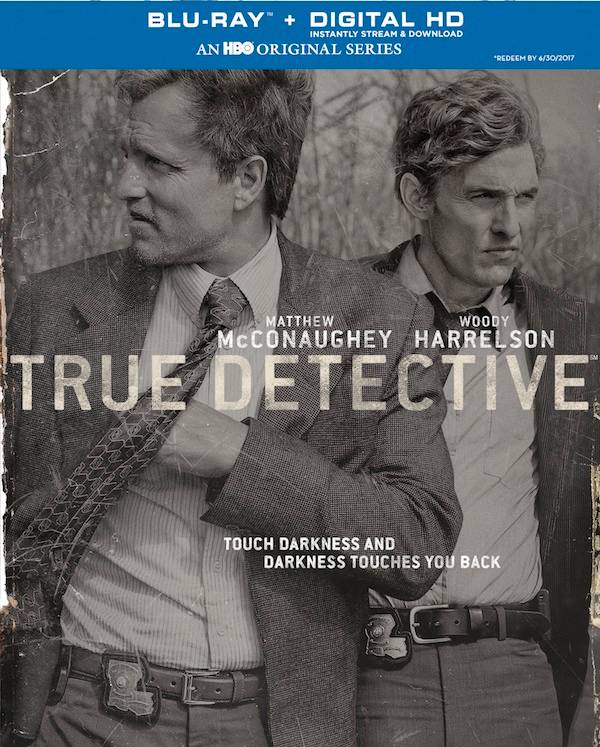