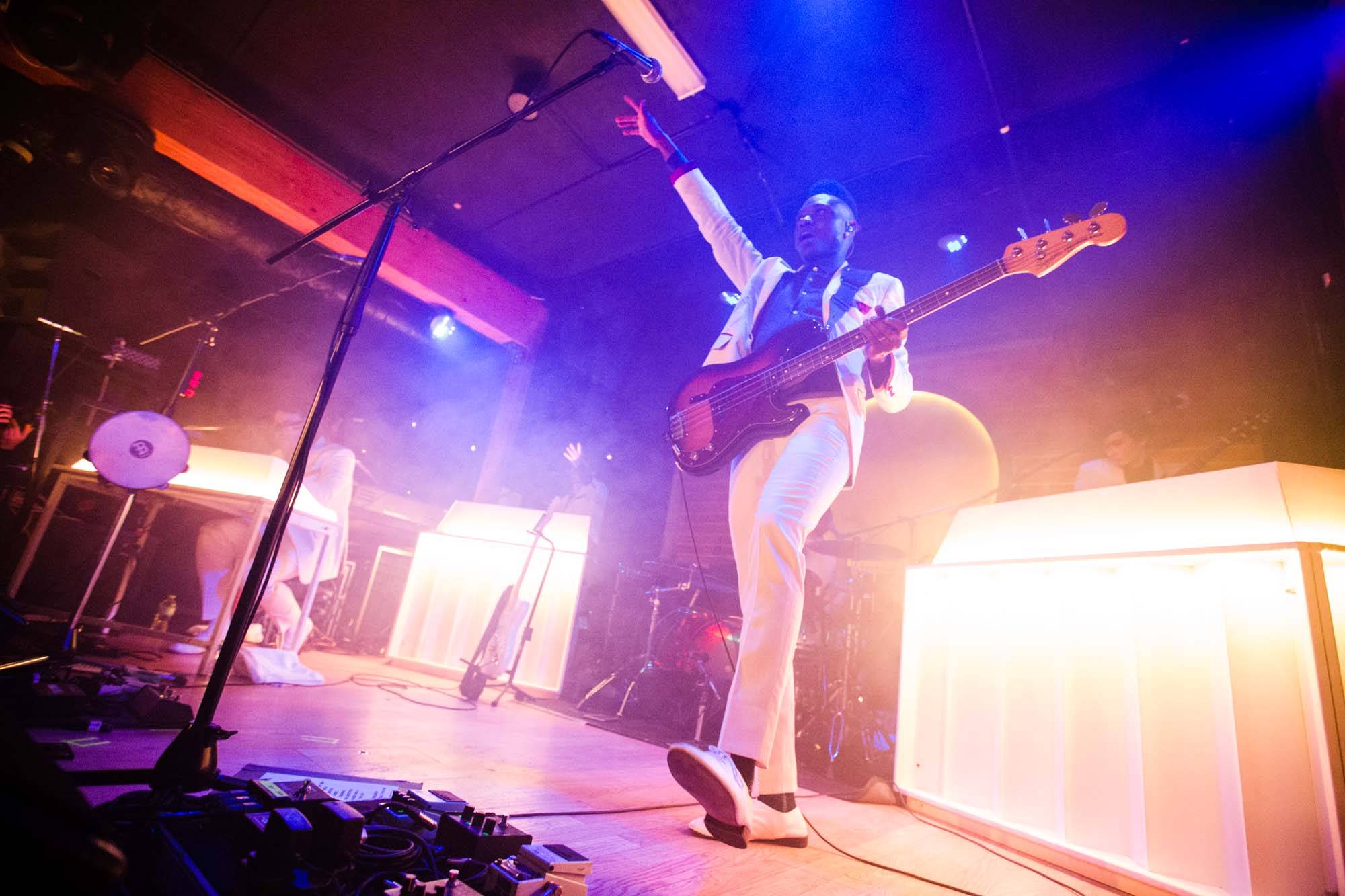 Metronomy in Vancouver on Tuesday night.

The band is on tour for its latest album, Love Letters.Â ItÂ follows theÂ breakthrough 2011 record The English Riviera.

The new album has been getting mixed reviews. OfÂ Love Letters, PopMatters writes, “Mount’s choice to veer away from a previously-successful sound and follow his psyche is a commendable one, but not even he sounds sure if he’s up to the task. After the strong, stylistically-synched opening duo, too much ofÂ Love LettersÂ ends up being either too dull or insular to leave a truly lasting impression…”