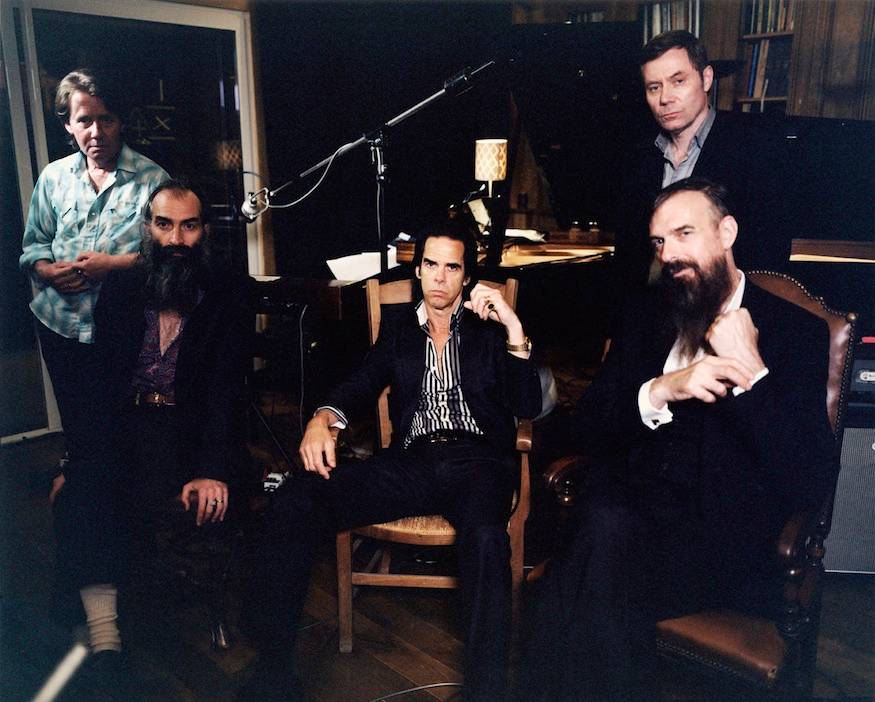 Win tickets to see these guys in Vancouver! Huzzah!

Win tickets to see Nick Cave and the Bad Seeds in Vancouver!!!

We’re giving away twoÂ pairs of tickets to Nick Cave and the Bad Seed’s VancouverÂ shows at the OrpheumÂ – one pair for June 30 and another for July 1!Â If you’d like to win, subscribe to The Snipe newsletter. We’ll make a random draw from our complete list of subscribers a week before the show. For an additional chance to snag these tickets, leave a comment below. Let us know what your favourite Nick Cave verbal jabs and pearls of wisdom are!

Nick Cave and the Bad Seeds return to Vancouver on June 30 for back-to-back performances at the Orpheum Theatre, with the July 1 date added after the first show sold out. To add to the excitement, Pacific Northwest legend Mark Lanegan is supporting the Seeds on the West Coast leg of the tour. Cave, along with band members Warren Ellis, Martyn Casey, Thomas Wydler, Jim Sclavunos, and Conway Savage are back on the road in support of their 15th studio album, Push the Sky Away. It’s the Australian band’s first record as a reformed version of the Bad Seeds since most of the group went on a hiatus to focus on their musical side project Grinderman.

Review – Nick Cave and the Bad Seeds at the Vogue Theatre, 2013

Cave has accumulated a large and devoted following since his days leading The Birthday Party in the ’70s, eventually evolving into the post-punk project the Bad Seeds in 1983. His fans are familiar with the poetic, penetrating and often confrontational themes in his records (also evident in his novels And the Ass Saw the Angel published in 1988 and The Death of Bunny Munro from 2009). And, though it’s the singer’s uniquely dark garage-rock opuses that have defined his illustrious career, it’s often the statements he’s made outside his records that have garnered the outspoken artist the most buzz. He’s infamous for delivering blunt and merciless judgments in interviews, so we thought we’d put together a collection of some of his most controversial media moments for your enjoyment. Here are a few; add yours or comment on one of your favourites below for an extra chance to win.

Is his newest musical persona a ‘dirty old man’? – During a press conference in Germany, Cave was asked to respond to the condescending label he had recently been given on a few music publications and blogs.

“But I guess, uh, the phrase dirty old man is being used because I’m old. And they wouldn’t have used dirty old man when I was younger because I was young. But there’s a lot of problems with that question, I think. There’s a lot of problems to suggest that men of a certain age aren’t allowed to have sexual feelings or to write about them. It’s a problematic question.”

The tyranny of narrative songs – Eric Holland asked Cave about the more abstract shift he noticed in the band’s later records.

“The narrative song can very often take away the sense of discovery from the listener. When you listen to a song, you want to feel like it’s your song, like you discovered it. That’s what makes a great song . . . . In a storytelling song, you feel that the story’s already been told. You don’t feel that same kind of connection of the soul to the song”

Ghosts of Relationships Past – Andrew Dominik, director of The Assassination of Jesse James prodded Cave about the woman behind the song “Deanna”.

“But the value of those relationships is much more important to me now than 10 years ago. Maybe it’s because I’m settled in a relationship. They feel like they’re coming out of the shadows. I’m only talking in the most abstract way. I have no interest in reconnecting on Facebook with these people or something like that. But those memories are becoming clearer to me.”

Should all people live like Cave and follow their immediate needs? – Cave deflected questions about his brazen, perhaps even reckless approach to life.

“I don’t think anyone should follow my example. Full stop.”

Billy Corgan gets a geography lesson – The 27-year-old frontman of the Smashing Pumpkins is reduced to awkward grovelling after mistaking Cave as a European instead of an Australian.

“You have the mentality of a teenager”

If I was Flea, I’d be upset too – In a review of the Red Hot Chili Peppers’ Stadium Arcadium, the writer recounts Cave’s scathing review of their body of work.

“I’m forever near a stereo saying, ‘What the fuck is this garbage?’ And the answer is always the Red Hot Chili Peppers.”

Nick Cave milks the poetry out of existential problems – not cows – Comedian and broadcaster Maron is set straight after describing Cave’s songwriting voice as a tormented cowboy.

“All of that is true, apart from the cowboy bit. I’m not a fucking cowboy.”

13 responses to “Win! tickets to see Nick Cave and the Bad Seeds in Vancouver”