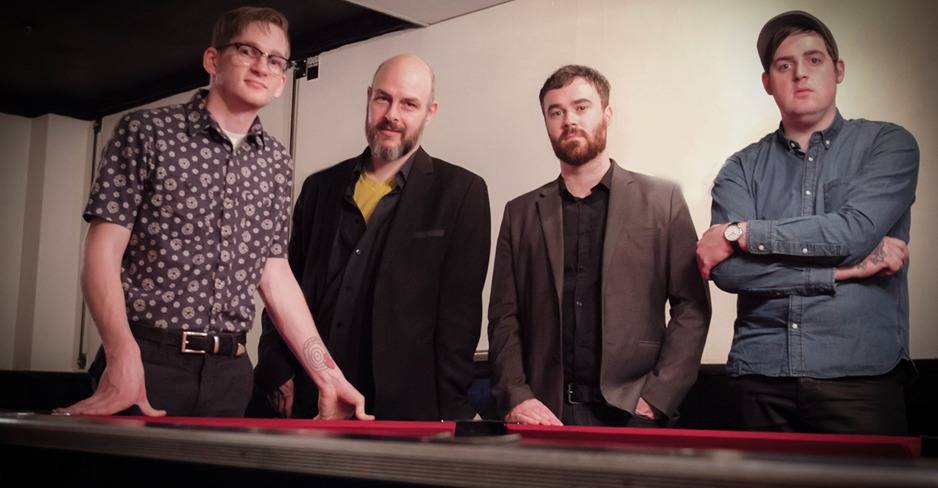 Toronto’s The Autumn Stones and ‘End of Faith’

In April, The Autumn Stones released their single “End of Faith”.

From the opening horn riff, theÂ tune is immediate catchy, and builds into a psychedelic pop swirlÂ grounded by anÂ insistent melody.

Alert listeners might pick up on a few overt influences. According to the band’s Gary Butler, the song’s dual-saxophone riff “is an intentional homage to L. Shankar‘s electric violin riff in Echo and The Bunnymen‘s ‘The Cutter’. Our riff was written to expressly suggest its source without direct mimicking, in the exact same sense that the Shankar riff itself was written to suggestÂ –Â in fact, ‘suggest’ was EATB guitarist Will Sargeant’s descriptor/instructionÂ –Â the piano riff from Cat Stevens‘ ‘Matthew and Son’. So, a cool connect-the-dots influence lineage.” Meanwhile, the song takes its title from a 2004 book by American philosopher Sam Harris that examines the failure of faith and organized religion post 9/11.

“End of Faith” was written by guitarist/vocalist Ciaran MegaheyÂ andÂ recorded and mixed at Echo Valley by Dean Marino (Papermaps) and mastered at Lacquer Channel by Noah Mintz (The National, Broken Social Scene). Based in Toronto, The Autumn Stones have been recording since 2011.Â The band has released one full-length, Companions on the Flame, andÂ is planning toÂ release of a follow-up, Escapists, this year.

You can buy “End of Faith”Â on iTunes as well as The Autumn Stones’ bandcamp page.