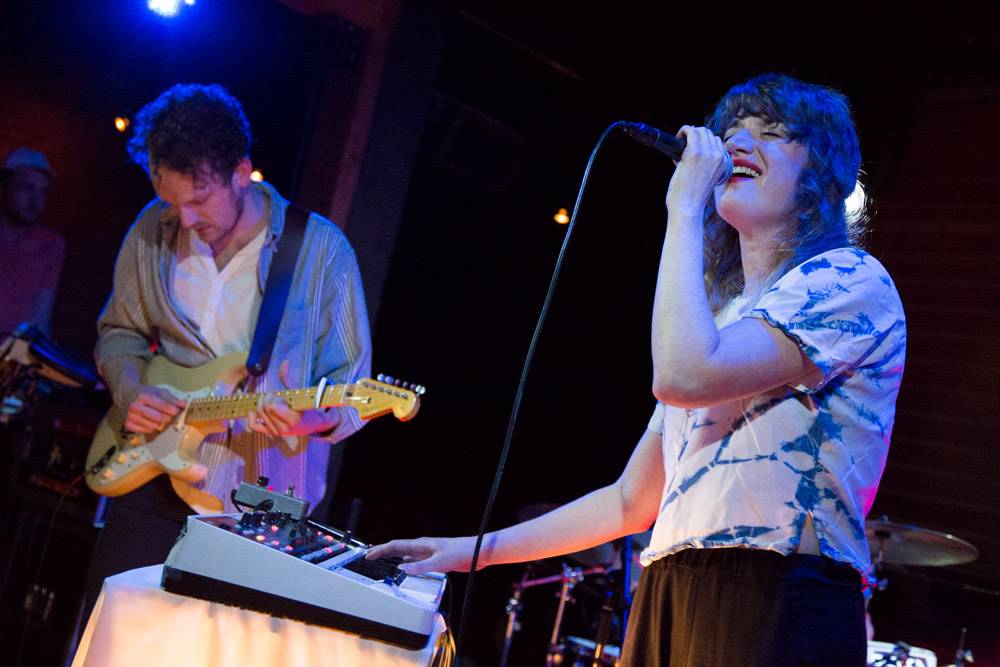 This is the Portland band’s second appearance in Vancouver this year, following a headlining show in February at the Electric Owl. The band includesÂ vocalist/keyboardistÂ Sarah Versprille,Â co-founderÂ Daniel Hindman, drummerÂ Brian WrightÂ and bassistÂ Zach Tillman. The group is touring on the strength of its acclaimed 2013 debut, Moon Tides.

In a review on The Oregonian of the band’s May 15 set in Portland on this tour, David Greenwald writes, “The group played a few new songs, ones which won’t surprise previous listeners but offered more breathing room than the slightly crammed melodies of Moon Tides. On the first, guitarist Daniel Hindman indulged himself in a pin-prick guitar solo that touched on department-store jazz and the affable pyrotechnics of Dave Matthews BandÂ affiliate Tim Reynolds: this is not cool music, and Pure Bathing Culture deserves credit for reclaiming it from the used bin.”