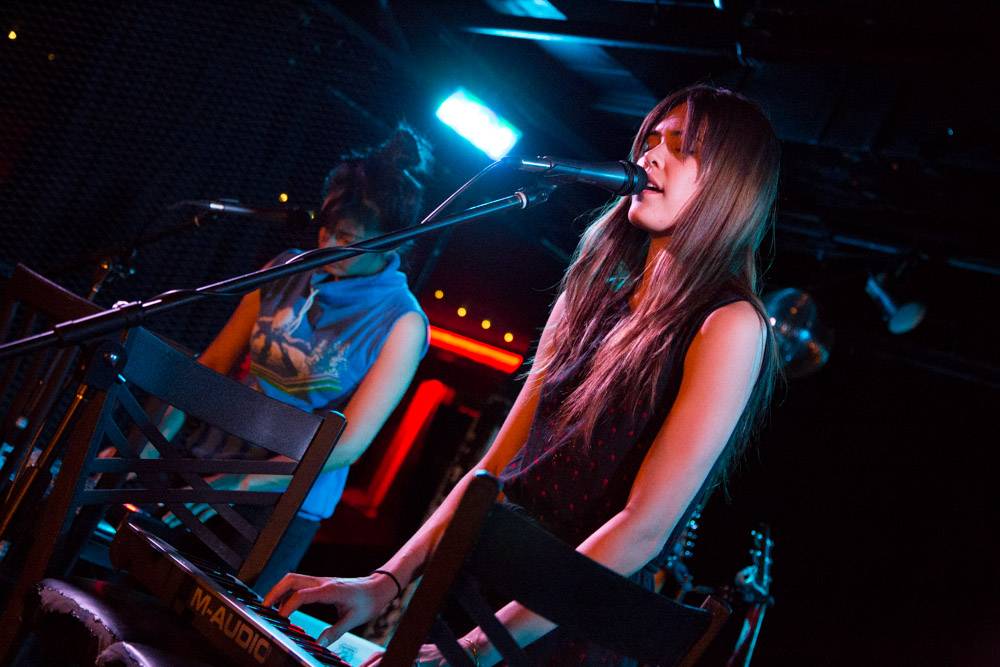 Photos – Priscilla Ahn at the Biltmore Cabaret, Vancouver, May 12Â 2014

On the new album, the L.A.-based singer/songwriterÂ told us,Â Â “It’s the first full-length album I made without a label or input from anyone. I’ve always been interested in writing this kind of music. I’m a big fan of bands likeÂ Little DragonÂ andÂ Lykke Li,Â Gardens &Â Villa. I never really knew how to write that kind of music with those electronic and synthesizer elements because IÂ only wrote my songs on my acoustic guitar. So I bought a MIDI keyboard, and learned how to use Pro Logic for the first time and used samples and it opened up a humongous window for me creatively, just to have new sounds, and also the freedom to just try whatever I want. No one’s looking over my shoulder. If it sucks it sucks, and I can move on.Â It was very liberating for me.”

Ahn, a fan of Studio Ghibli (Spirited Away, My Neighbor Totoro) hasÂ a song on theÂ the Japanese animation company’s new film When Marnie Was There.