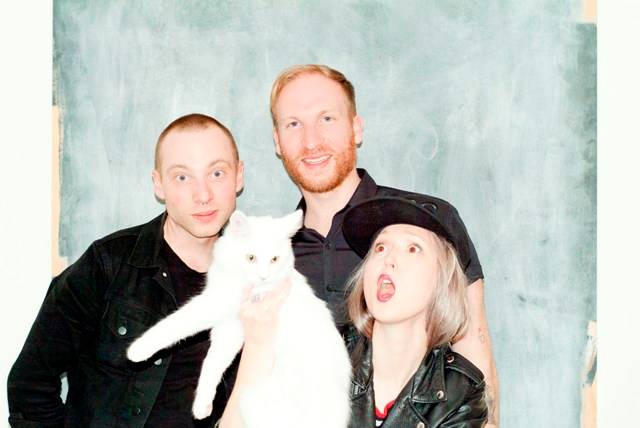 Frankie was Miley Cyrus’ cat but she got tired of her and gave her to us. Thanks Miley! 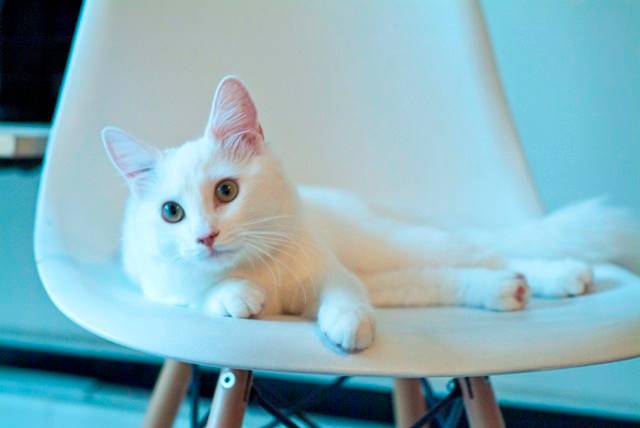 Frankie only eats the gravy out of cat food. She doesn’t even eat treats or human food. Only gravy.

Right now her favourite song is “Applause” by Lady GaGa. Her past favourites were “Androgynous” by The Replacements and, before that, “Cheree” by Suicide.

Do you have reason to suspect your cat isÂ  hatching any incredible schemes at the moment?

At this very moment Frankie is planning an incredible escape into the hallways of our apartment building. (Despite all living together as a super happy three-people-and-a-cat-in-a-one-bedroom family, Frankie has an unreasonable obsession with getting into the hallways… go figure.) 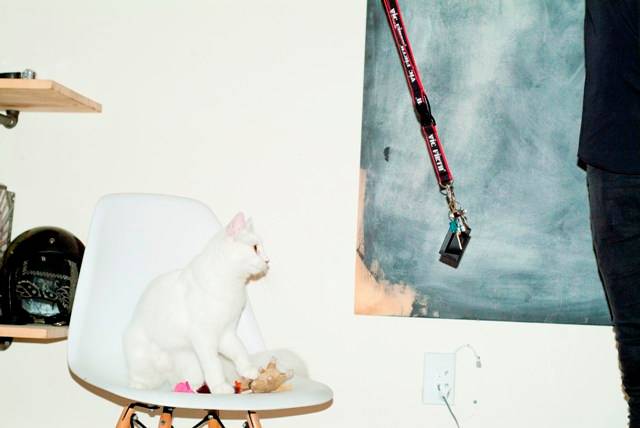 What is the last book that your cat fell asleep on?

Suicide – No Compromise by David Nobakht. 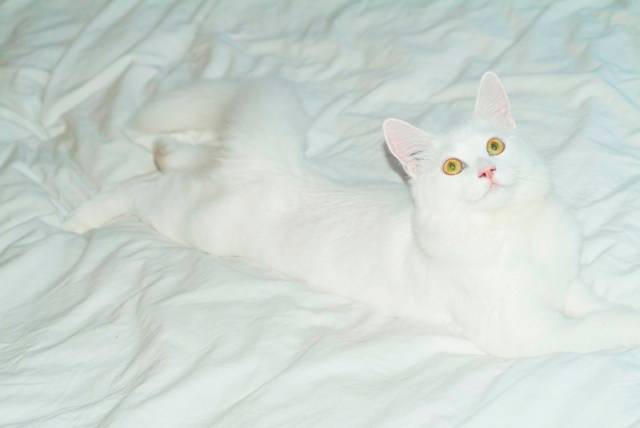 What is the most impressive thing that your cat has murdered (animate or inanimate)?

She will murder any set of keys in sight. The things she does for keys are both impressive and concerning. 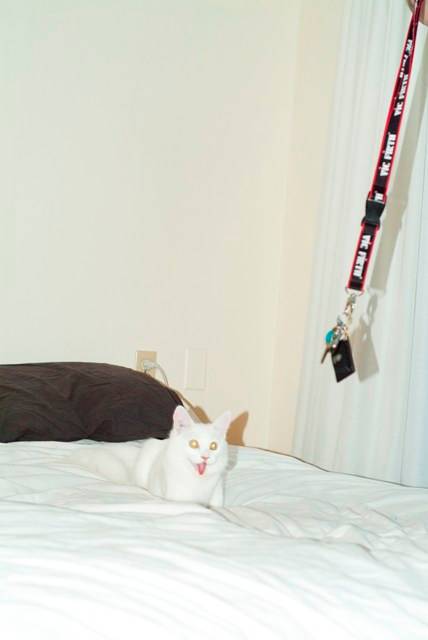 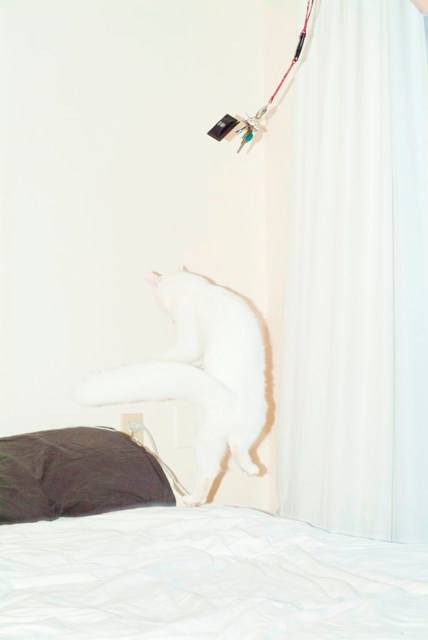 What is the last insanely adorable thing you caught your cat doing?

She cooked us a beautiful fried chicken dinner the other night and dazzled us during dinner with a choreographed dance to her favorite song. That was pretty cute of her I guess. 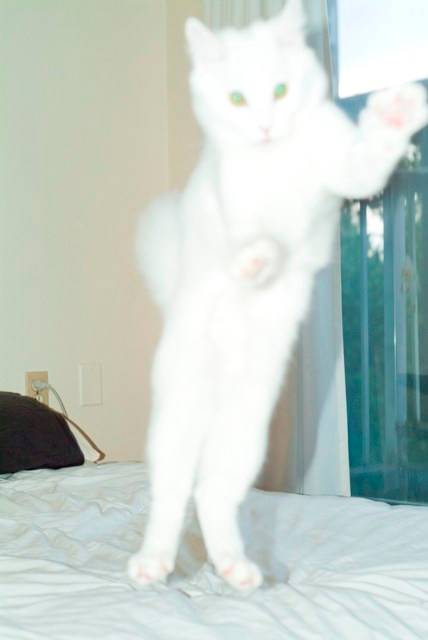 What type of music does your cat listen to when it’s basking in the sun and swatting at shadows?

During fun in the sun she listens to the new Michael Jackson record Xscape. In the darker, shadow-swatting times, she enjoys stuff like Nine Inch Nails’ Hesitation Marks.

Frankenstein Killer and Allie are mostly the same person already, so Frankie would just do more of the same: lounging, sleeping, key-hunting, grooming… the only difference is, based on her apparent obsession (and newfound freedom as a human), Frankie would probably do all these things in the hallway. 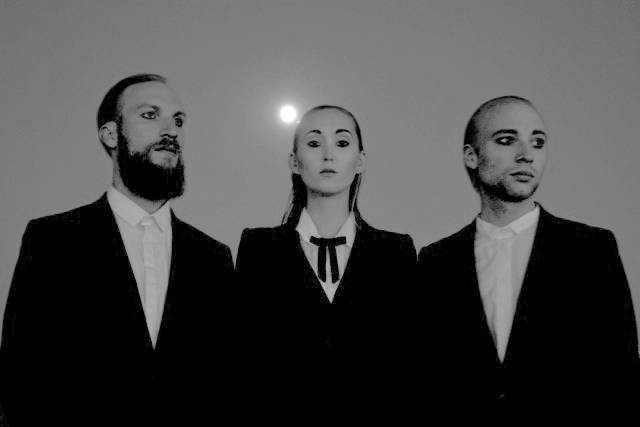 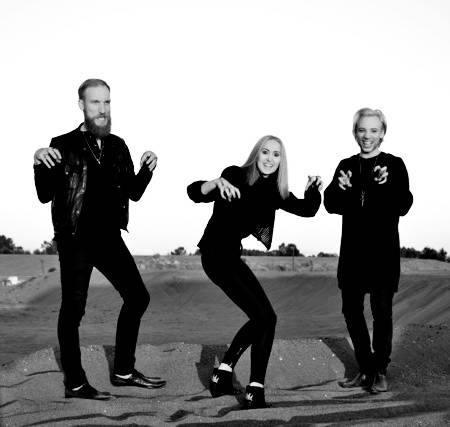 LEGS recently playedÂ three shows back to back, including oneÂ atÂ The Imperial, one at the Cobalt (theÂ two-year anniversary for Come Friday), and most recently at the Biltmore Cabaret for a Beatles cover night. Of the latter, the band writes that “they got to walk the line between a possible train-wreck OR moment of brilliance with kinda freaky electronic covers of ‘Tomorrow Never Knows’ and ‘Why Don’t We Do It In The Road’ (usually they would have said that covering the Beatles is sacrilege but the idea of LEGS covering a Beatles song was just weird enough thatÂ they couldn’t turn down the opportunity).”

Currently, LEGS is finishing up recordings for a forthcoming 7” with Swedish producer Jeurgen Jeurgenson andÂ working on a music video with Matt Leaf.Â The band say that they are also “otherwise planning their escape from Vancouver into the hallway of life that is Los Angeles.” 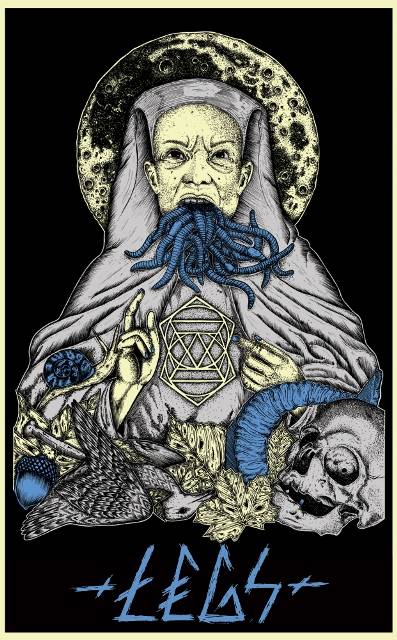