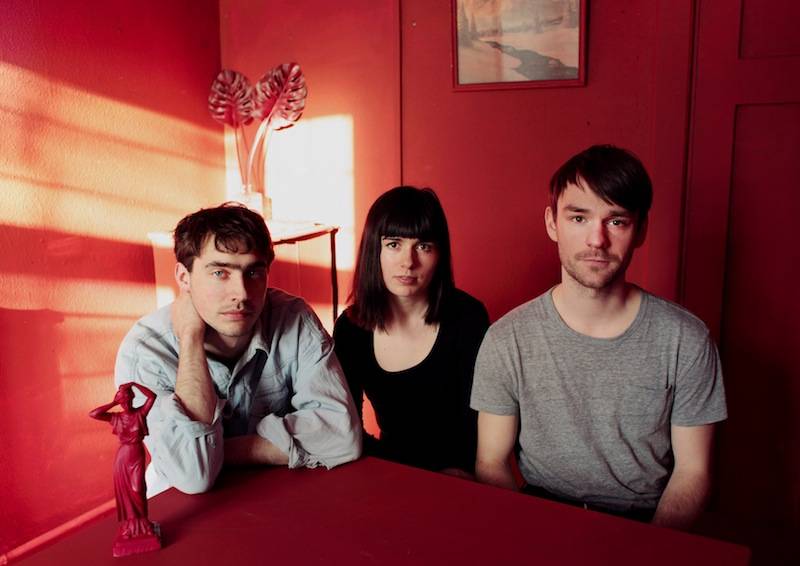 Fear of Men play Fortune Sound Club in Vancouver May 2 with the Pains of Being Pure at Heart. Eleanor Hardwick photo.

It’s difficult not to get lost in the comely musings of UK dreampop band Fear of Men. Their balance of dark, confrontational lyrics with frontwoman Jessica Weiss‘s low-key vocals and soft, cooing melodies has been captured in a stunning collection of singles and a sinuous debut record over the course of two years.

The group consists of art school kindred spirits, including Weiss, guitarist Daniel FalveyÂ and Michael Miles on drums; they met in Brighton through various friends, roommates and local art exhibits. In 2013, they were cited by publications and music aggregators like NME and HypeMachine as one of the most promising bands of the year following the release of Early Fragments – the first U.S. pressing of all their early singles that were previously only available on a limited number of vinyl and cassettes.

Midway through their North American tour in support of their candid and enchantingÂ full-lengthÂ Loom, Fear of Men – with Becky Wilkie on bass -Â open for Pains of Being Pure at HeartÂ atÂ Â Fortune Sound ClubÂ Friday, May 2. A couple ofÂ weeks before, weÂ caught up with guitaristÂ Daniel Falvey to gain some insights into the band’s origins, their cinematic and fine art inspirations, and the vitalizing effects of bran van 3000. 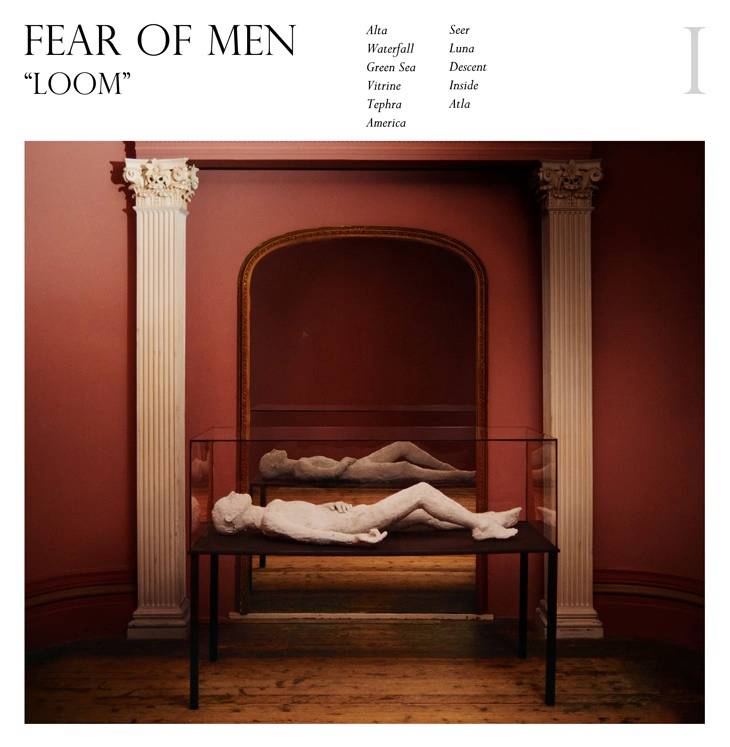 Ria Nevada: I understand that your fellow found band member Jessica Weiss really started to form the band’s musical aesthetic by exchanging mixtapes early on. Is that one of the ways you started to conceptualize your debut record, Loom?

Daniel Falvey: There was some of that. We trust each other’s taste a lot so we’re always interested in what each other isÂ listening to. But we like to focus more on ourselves when thinking about putting a song together or recording. We don’t find it’s helpful to think about or compare ourselves to other bands too much.

RN: Which songs would appear in a personal mixtape to get amped up for a performance?

DF: Generally we like it to be quiet before a performance and do vocal warm-ups and things like that. But last night in Toronto they were playing Deerhunter‘s Halcyon Digest in full and that was cool to listen to as we were setting up on stage.

We have a load of songs we love listening to after a show when we’re driving to a hotel or back home. We listen to Ariel Pink‘s “Round and Round”, Frankie Rose‘s “Know Me”, LEN‘s “Steal My Sunshine”, Deerhunter‘s “Nothing Ever Happened Me” and the classic “Drinking in LA” byÂ bran van 3000.

RN: It’s fantastic that you got to release a special coloured-vinyl edition of your album for Record Store Day! Were you able to direct the design of this release? It must have been a dream project for former art school students like yourselves.

DF: We make and put together the design and artwork for all of our releases, and it is something very important to us. The figure on the front and the glass vitrine it is displayed in was made fromÂ scratch by Jess and I with Jess’ friend from art school, Tom Malyon. We self-produced the album and put a lot of ourselves into it so we wanted to do the same with the artwork. Looking back I’m very pleased we made that decision, even if it did take three months!

With regards to the coloured vinyl, we always like the first pressing to be something different. The vinyl for our singles collection on Kanine, Early Fragments, had blue and white marbled vinyl which looked great and really tied in with the rest of the artwork.

RN: And the icing on the cake is that you got to perform at Rough Trade’s New York store for Record Store Day too. What was the energy like in that sort of environment? Must be quite the leap from the festivals and concert venues you’ve been playing at for this tour run.

DF: Rough Trade NYC was brilliant, we really enjoyed it. They have a separate venue attached to the store so it is quite similar to the sorts of places we are playing on this tour but there was a special feeling that day. There was a lot of excitement forÂ Record Store Day in the store and the crowd was very responsive and enthusiastic. It was cool to play to a bunch of people who are holding your record in their hands. It was a real thrill to be able to see firsthand people buying the album we had worked so hard on.

RN: The album art you’ve chosen for Loom is a pretty staggering image. Is there a story behind the porcelain-like statue in the display case?

DF: It is based on the bodies of Pompeii and we felt that was a perfect visual summation of the themes that are explored on the album. There’s that juxtaposition of the tranquil figure and the trauma that the body has experienced. There are also the themes of being trapped and claustrophobia, which was something that really informed the album as we recorded it mostly at night in an underground studio. We also liked that it referenced the classical imagery we have used before but is based in something that has a personal history. We felt that it was important for the artwork to reflect the more personal lyrics on the album compared to some previous singles.

RN: The record reflects this gorgeous tension between wistful pop melodies and these heavy, almost daunting life questions we often ask ourselves. Was that a style you fell upon naturally or did the songs go through several revisions and reinventions to strike that balance?

DF: Thanks, that tension is something we do strive for. Some songs arrive almost fully formed; Jess just called me up right at the end of when we were recording the album with the whole of “Descent” that she’d written that morning. The production of that song came very naturally and quickly too and I think that song is a good example of one of our songs having that balance between light pop melodies and dark lyrical matter.

Some songs do take a lot of revisions. “Waterfall” took a long time before if felt right to us and it was quite a stressful, time-consuming process in the middle of recording. But I’m really glad we went through that because I’m really pleased how that song eventually came out.

RN: Loom paints really dreamy images in listeners’ minds – particularly with tracks like “Descent” and “America”. What other artistic and multimedia elements (e.g. film, backdrops, dance) do you think would complement your live performance best?

DF: I think we’d like to incorporate more visuals in the future for sure. Maybe something Maya Deren-esque, surreal and sensual and little bit violent. Our other other favourite filmmakers are Rainer Werner Fassbinder, Douglas Sirk and Jacques Tati – so maybe some elements influenced by their work could be interesting too.