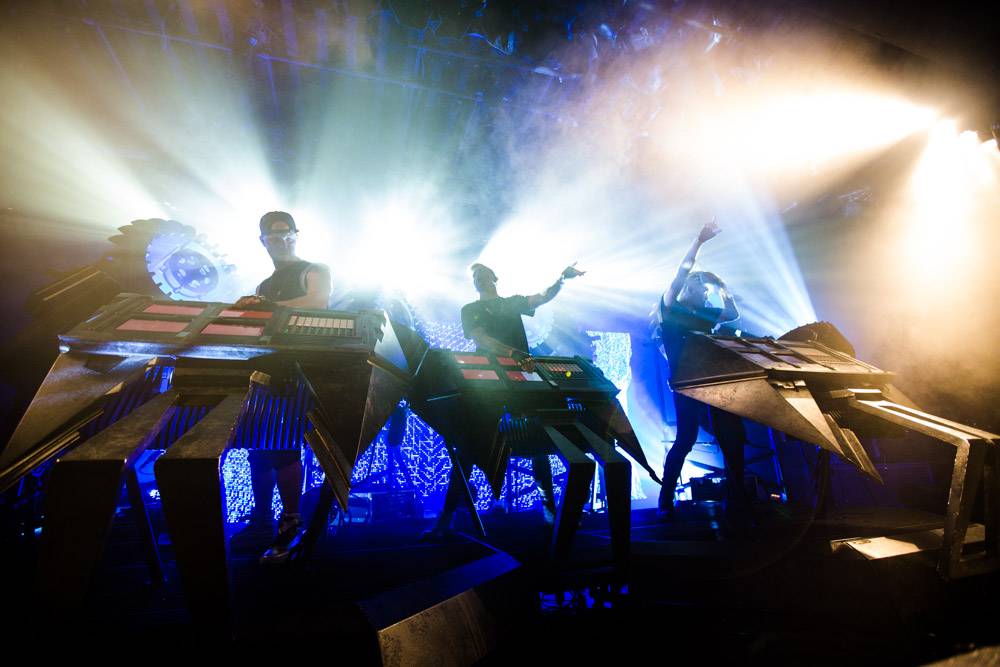 Photos – The Glitch MobÂ at the Commodore Ballroom, Vancouver, May 1Â 2014

The Glitch Mob consists ofÂ Ed Ma (“edIT”),Â Joshua Mayer (“Ooah”)Â and Justin Boreta(“Boreta”). According to Wikipedia, the group formed in 2006 as a five-piece.

“In an era of disposable dance-music singles,Â Love Death ImmortalityÂ was refreshingly created with the intent to flow as an album – one designed to be listened to from start to finish, taking the listener on an aural voyage in the process.”