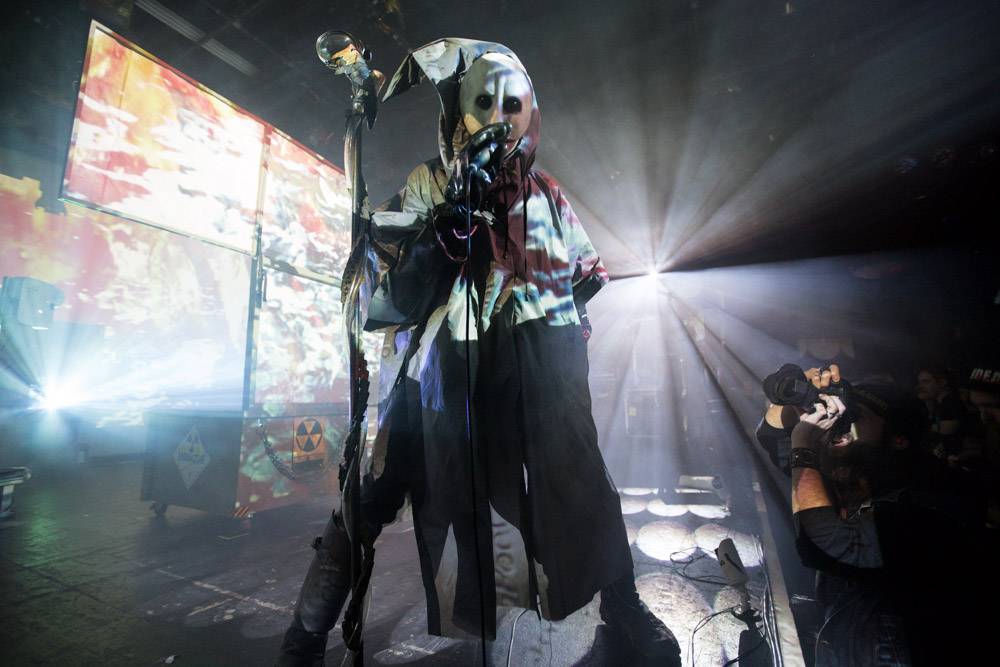 Vancouver industrial pioneers Skinny Puppy on their Shapes For Arms Tour. The Friday night show was sold-out. The last time the group played a hometown show was in 2009, at the Rickshaw Theatre.

The band’s more recent album Weapon was released in November of 2013. Much of the set was made up of tracks from Weapon as well as 2007’s Mythmaker, along with some old chestnuts including “Smothered Hope”, “Far Too Frail”, “Worlock” and “Assimilate”. (Check out the full review at BackstageRider.com.)

The tour kicked off January 24 at Santa Ana and ends March 5 in Los Angeles.

One response to “Skinny Puppy at the Commodore Ballroom”