We adopted Little Boots and her sister Rumble from VOKRA when they were around one year old and after they started life in a badÂ hoardingÂ situation- thirty cats in one house in very poor conditions. Little Boots’s fur was very badly matted and as a result she was given the lion cut. Â She was so small under all that fur. They left her feet and Â legs very fluffy so it looked like she had Uggs on, so we named her Little Boots.

What doesÂ your cat eat? The Pink Panther Theme. She likes to think she is that cool but gets everyone particularly herself and Rumble into trouble.

She likes to flop anywhere soft so books are less her thing. She did help me with my music once. If your cat sees a GIANT spider, what is it’s course of action? Liszt, Liebestraum No.3 A-flat. Piano music is her thing. 😉

If you and your cat woke up in a weird Freaky Friday situation, what do you think would be the first thing your cat would do?Â Â

Have a large bowl of melon ice-cream. 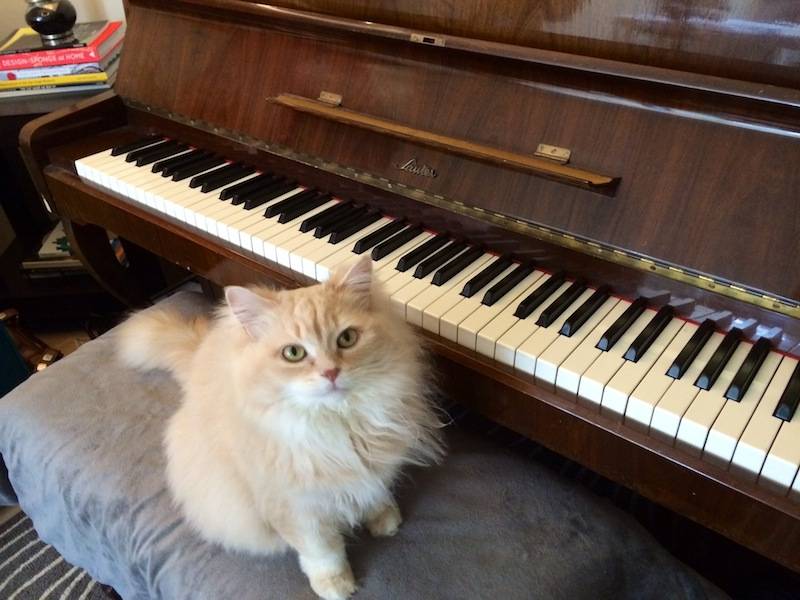 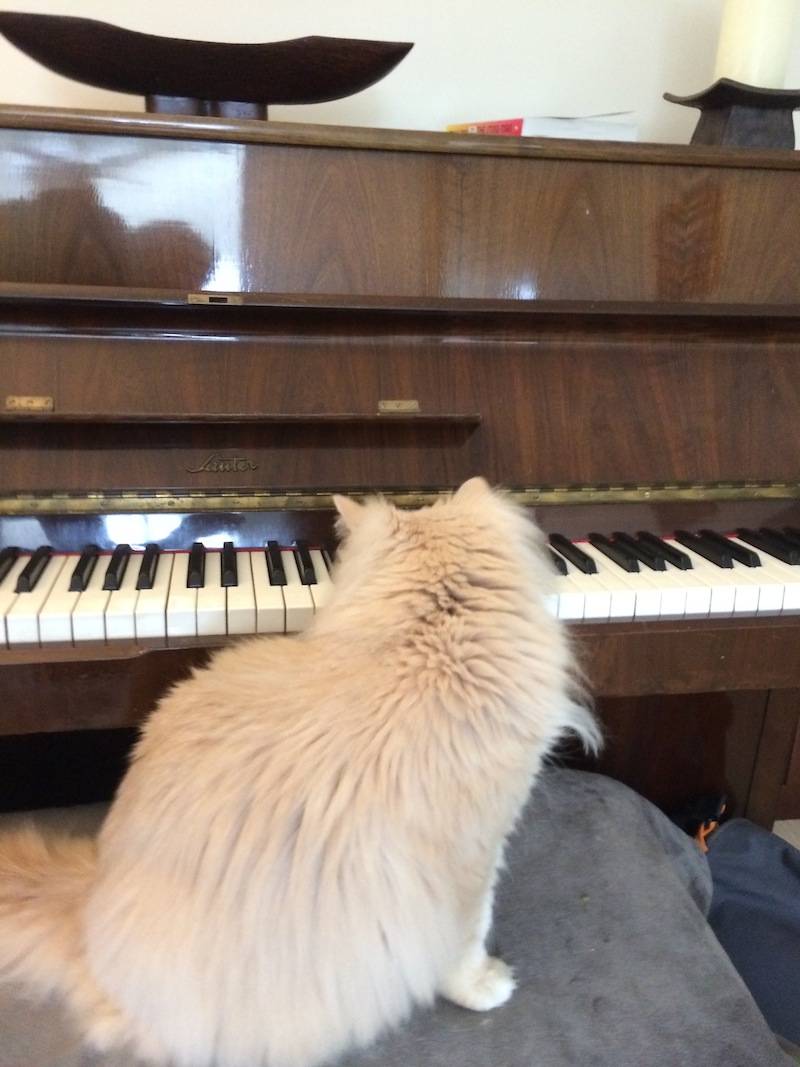