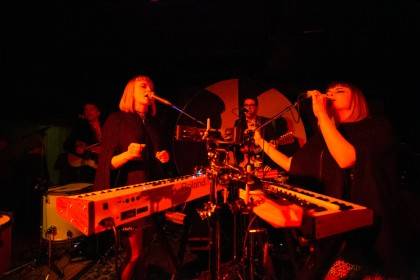 Brooklyn quintet Lucius passing through town on tour for acclaimed debut album Wildewoman. The show was midway through the tour.

The album wasÂ named one of the best albums of 2013 byÂ NPR,Â Paste, AmazonÂ and more. Rolling StoneÂ called “Tempest” one of the year’s best songs.Â Wildewoman was preceded by a 2012 self-titled EP.