This Sunday,Â RaleighÂ playsÂ the Rickshaw. Vancouver is the last stop on the Calgary indie trio’sÂ cross-Canadian tourÂ inÂ support of their newest album Sun Grenades and Grenadine Skies. It features the Â tracksÂ “It Will Rise” and “Pen That”. 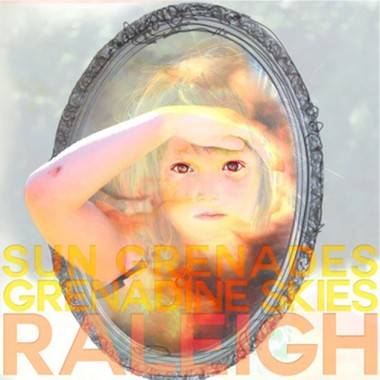 Back in 2010, Clea AnaÃ¯s, Brock Geiger and Matt Doherty formed Raleigh and released their first album, New Times in Black and White in 2011. Since then they’ve played the Calgary Folk Festival, Salmon Arm Roots and Blues Festival, and Sled Island. Raleigh has also opened for Dan Mangan, Unknown Mortal Orchestra and AroarA.

The band’s second album was recorded at Montreal’s Hotel2Tango studio,Â with Greg Smith and Howard Bilerman, who formerly worked with Arcade Fire. Critically acclaimed, Sun Grenades and Grenadine SkiesÂ has gotten some much needed attention.

To promote the Canadian tour, the band released a video for “It Will Rise” back in October. The video mirrors the same complexity as the musicÂ by using quick and flashy camera angles.